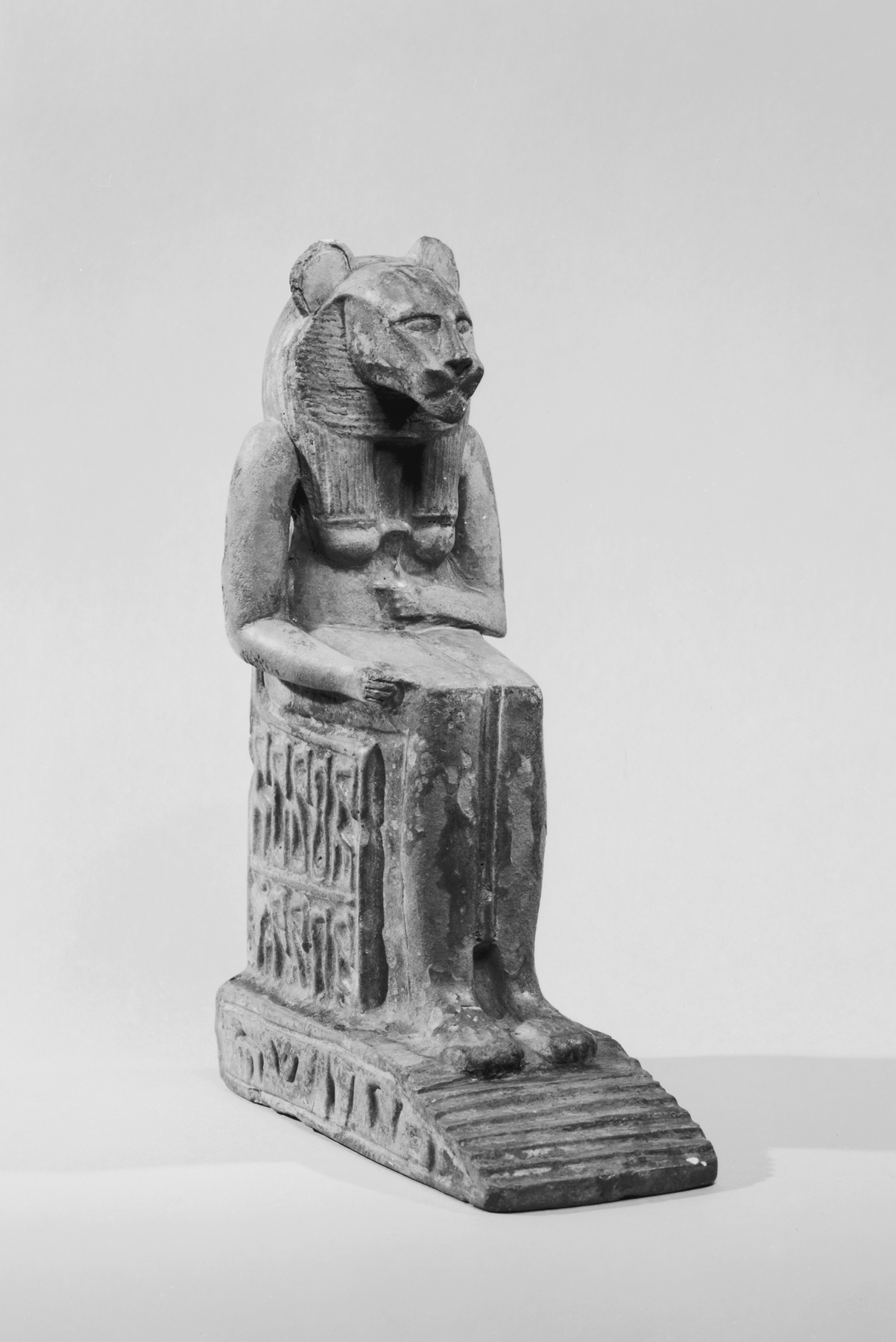 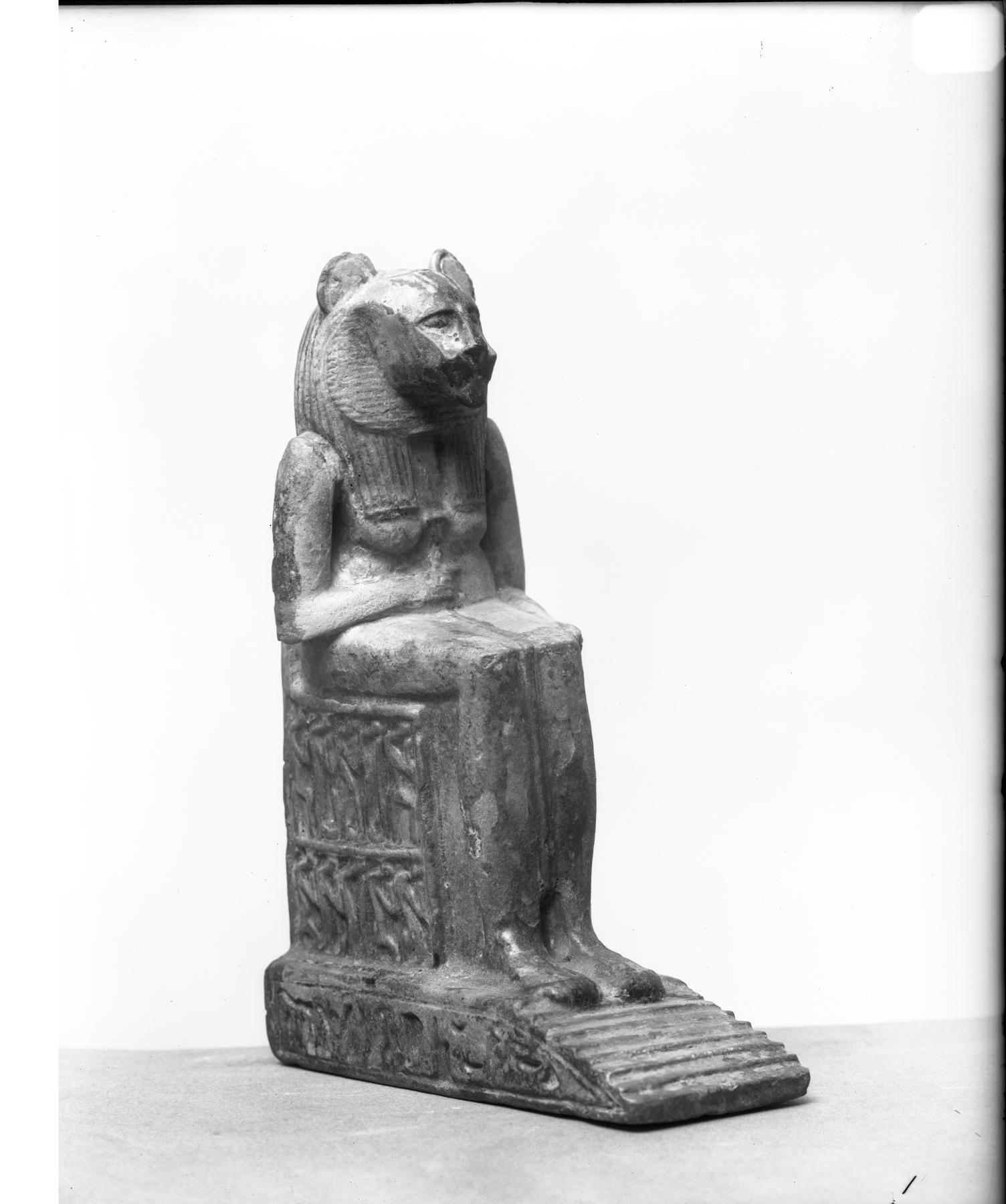 The cat-goddess Bastet could be depicted with the head of a lioness, adding an extra potency to her protection. The inscriptions indicate that this enthroned figure of the goddess was a New Year's gift, given to celebrate the beneficial annual flooding of the Nile River.