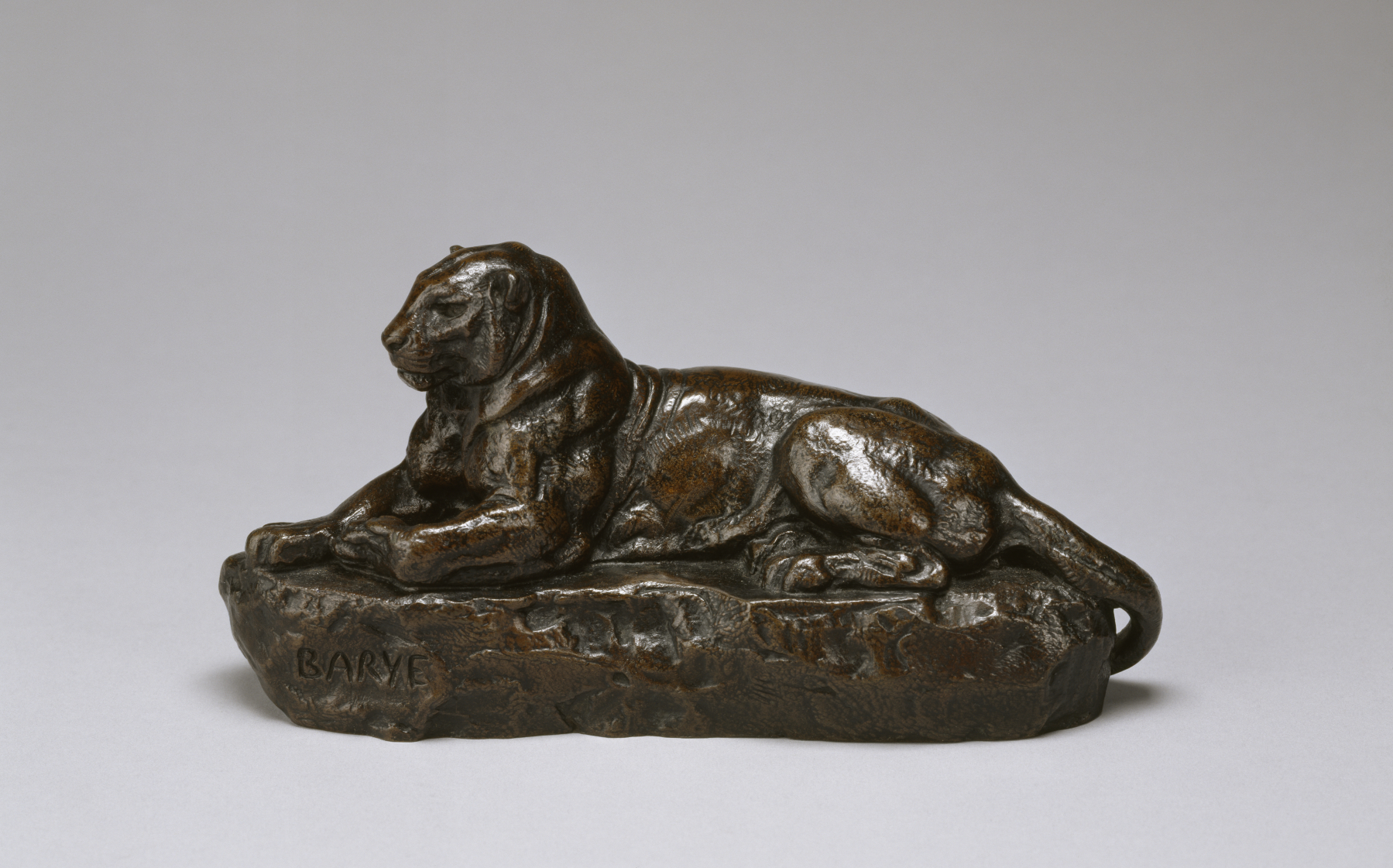 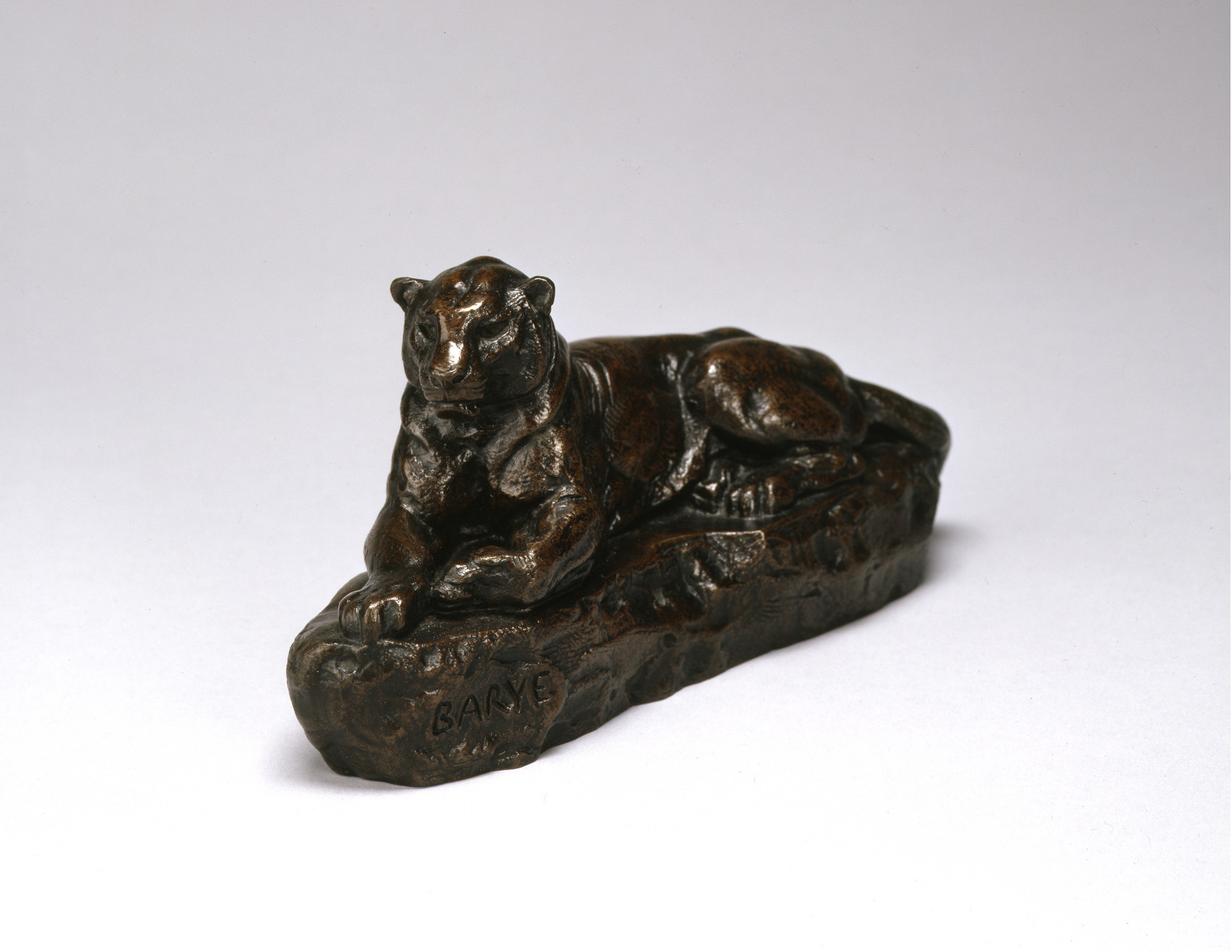 A majestic panther is posed reclining. The plaster model (Walters 27.46) is coated with wax in which the artist has incised details of the surface as well as his signature. The Walters' early records mistakenly listed this sculpture as Panther of Tunis. Barye issued two panthers as companion pieces in 1857 and again in 1860. The later casts are larger and were known as Panther of India, No. 1, and Panther of Tunis, No. 1.

[Signature] Cast through from model: BARYE; [Number] Painted inside in white: W 43.