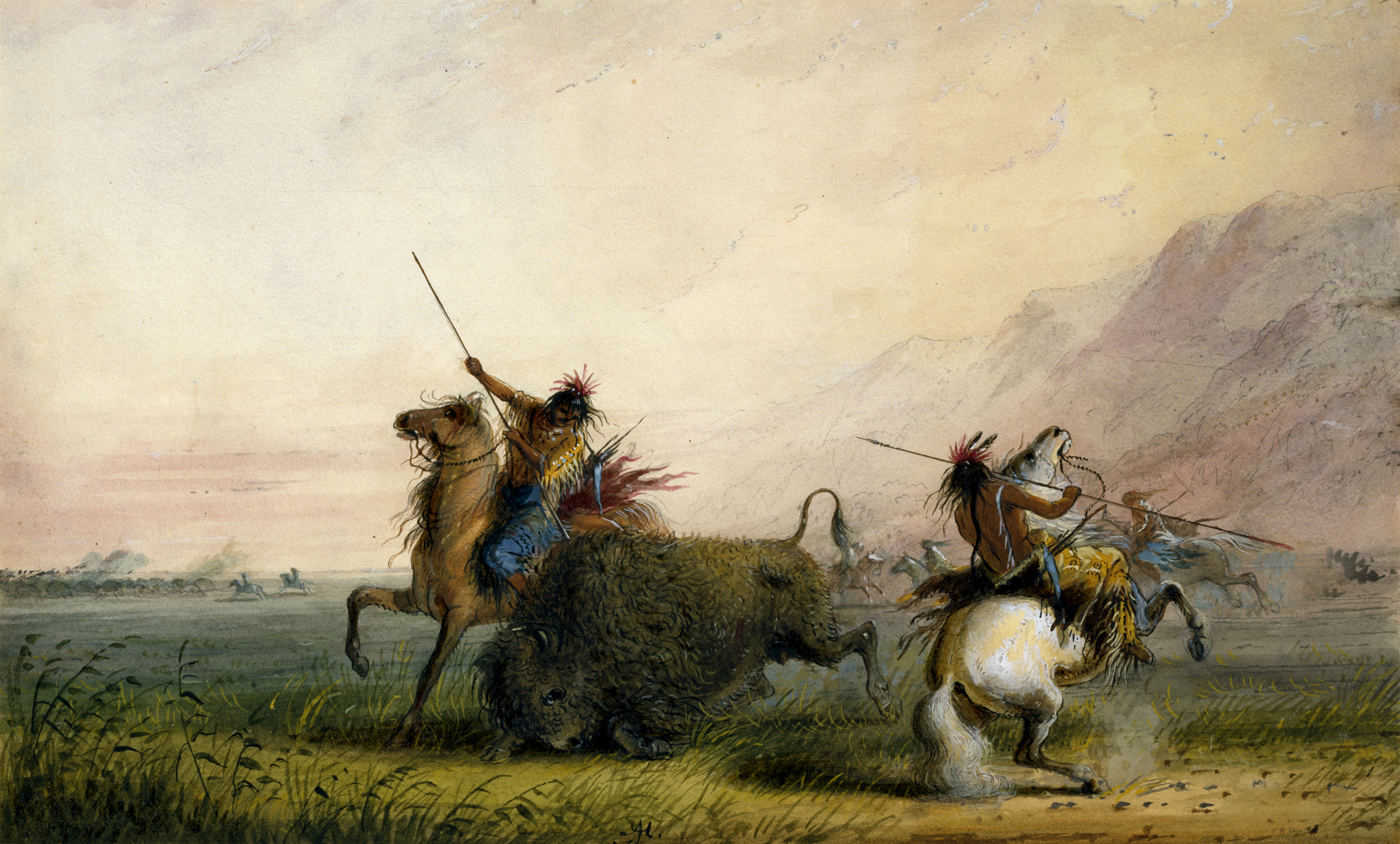 Killing Buffalo with the Lance

"After a chase the Buffalo has fallen on his knees from exhaustion and loss of blood. The Indian's horse to the right has become restive & refuses to approach, while the horseman to the left, with a javelin or lance is about to give the coup de grace. The lance is from 7 to 10 feet long, neatly pointed with iron, secured by sinew tightly gound to the rod, and is a most effectual weapon in the practiced hands of the Indians;- they carry also their quivers slung from the shoulders in case of breakage of the former, or to be used in an emergancy where the bow and arrow would better answer their purposes. The chase of the Bison is attended with danger, for although in general shy, and flying from the face of man, yet when wounded they become furious, and make fight to the last; They use their hoofs with as much facility as their horns, and whatever opposes them runs no small risk of being trampled to death." A.J. Miller, extracted from "The West of Alfred Jacob Miller" (1837).