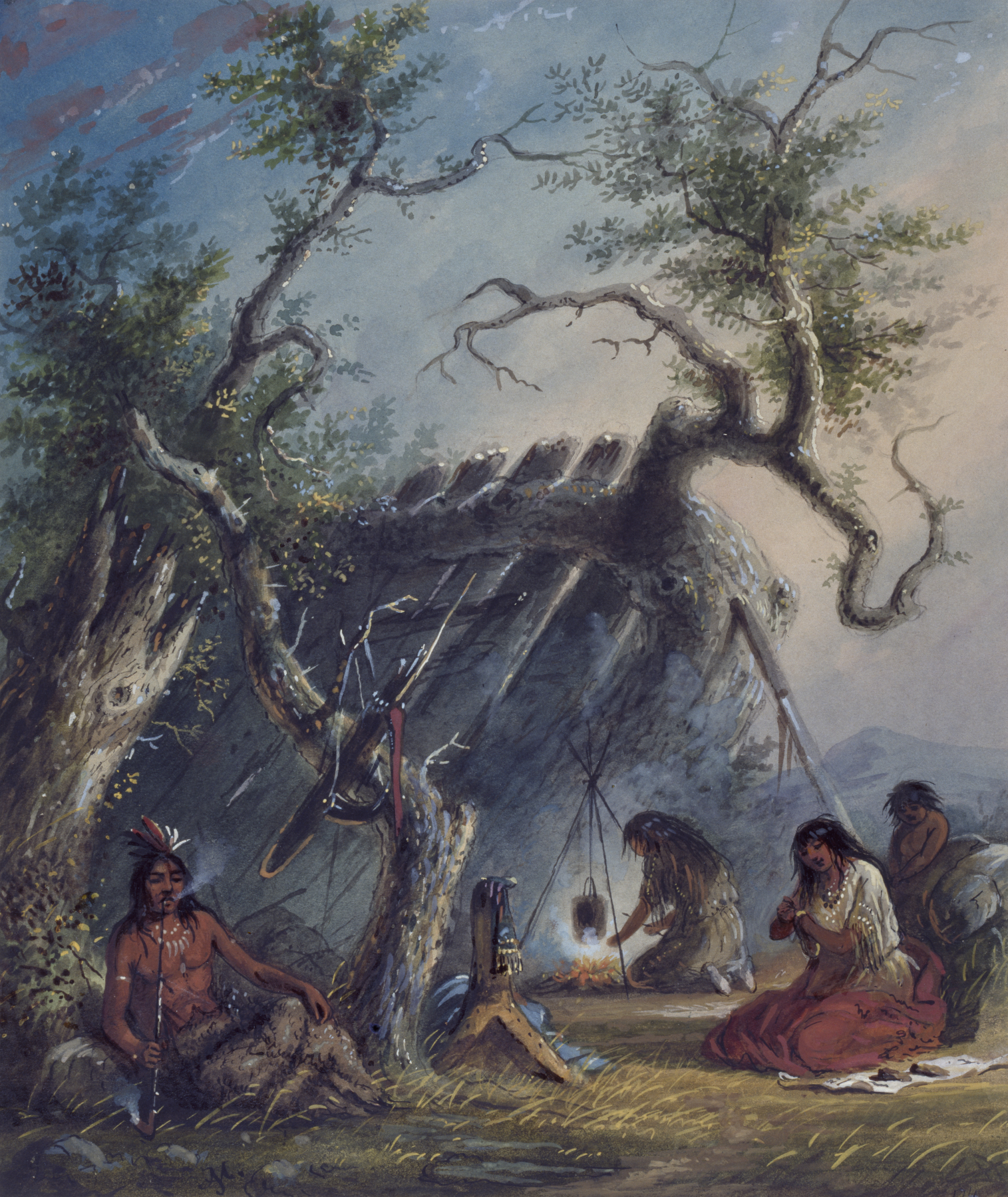 Along the waters of the upper Platte River, Miller encountered this Indian who had taken advantage of a perculiarly bent tree to put up planks to form a "very tolerable Lodge for his progeny."

To the right a female is seated, making moccasins. The head of the household is seated to the left, smoking his calumet, "not trying to solve the difficult problem, the squaring of the circle," Miller supposed. A.J. Miller, extracted from "The West of Alfred Jacob Miller" (1837).