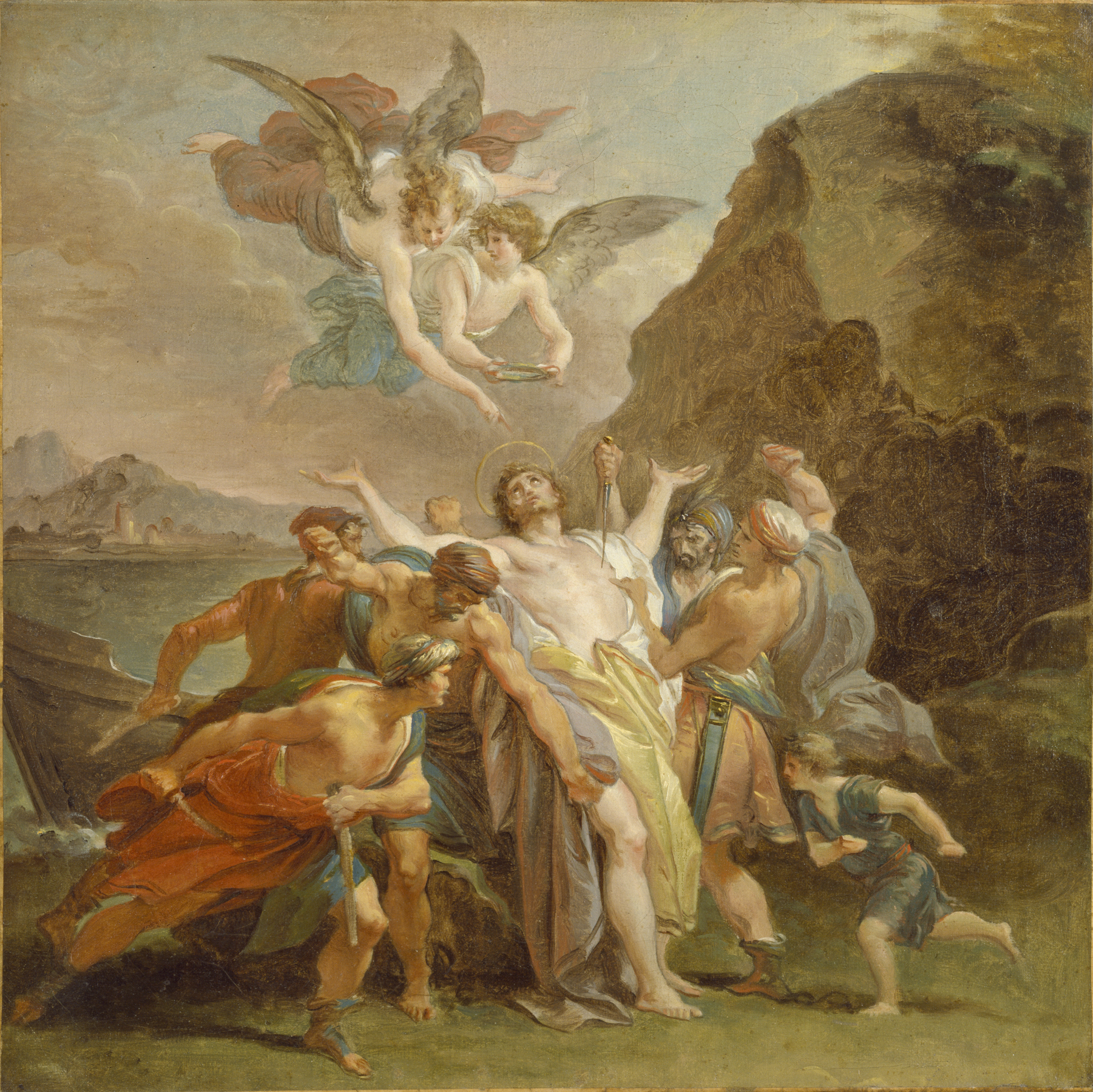 Signoretto Alliata was a nobleman of Pisa who spent his life on Sicily, working in hospitals. Late in life, he became a hermit and lived in seclusion in a deserted place on the shore. According to legend, he received his martyrdom near his dwelling at the hands of a band of North African pirates. In the painting, the pirates can be recognized as Muslims by their turbans. To a Christian audience, the scene conveyed the death of a blessed man at the hands of infidels. His luminous pale body and drapery symbolize his purity. Angels hand him the crown of martyrdom.
This loosely painted scene was a preparatory version for a large painting commissioned for the cathedral of Pisa by Count Tommaso Alliata Campiglia, who wanted to honor his holy ancestor.