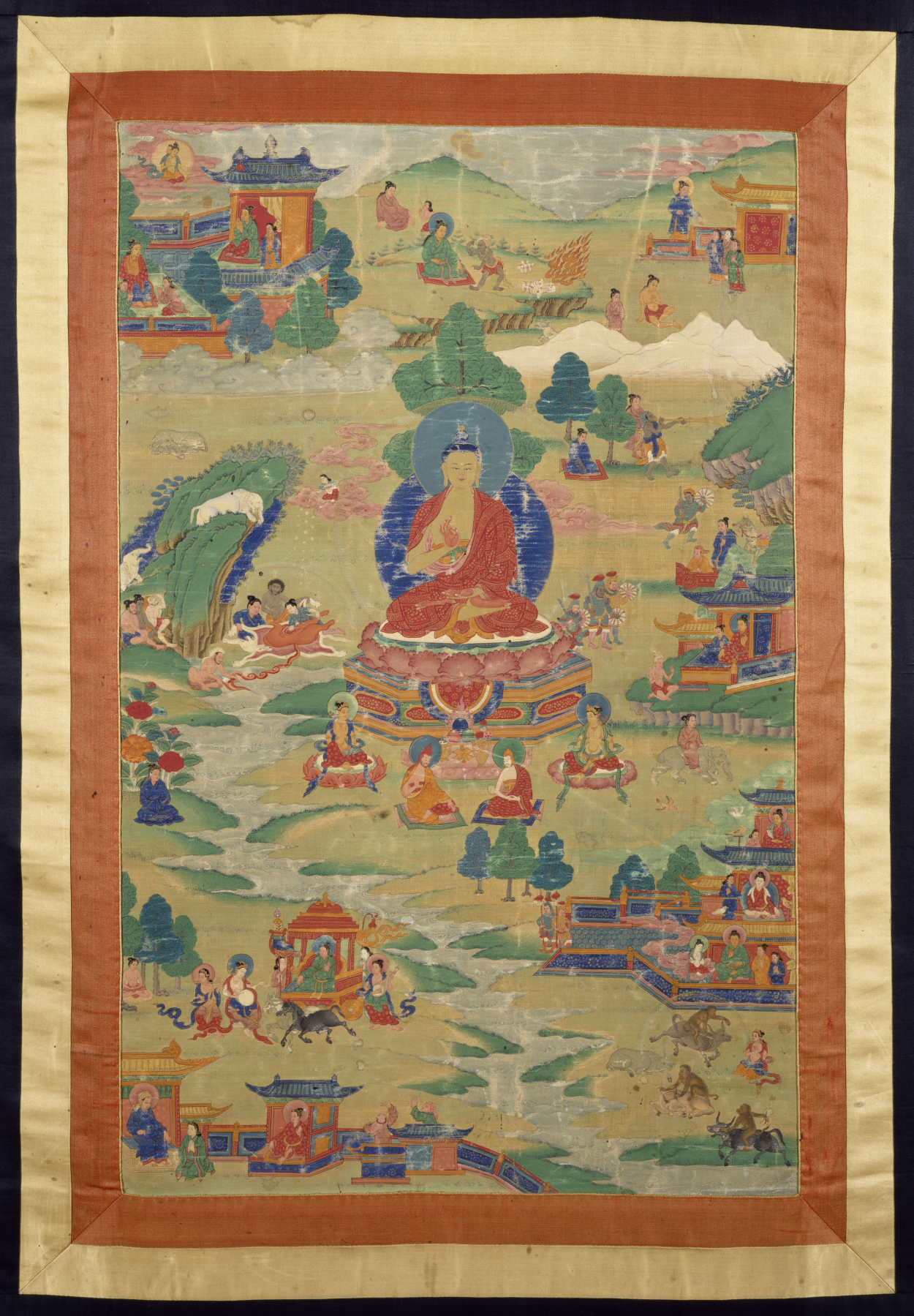 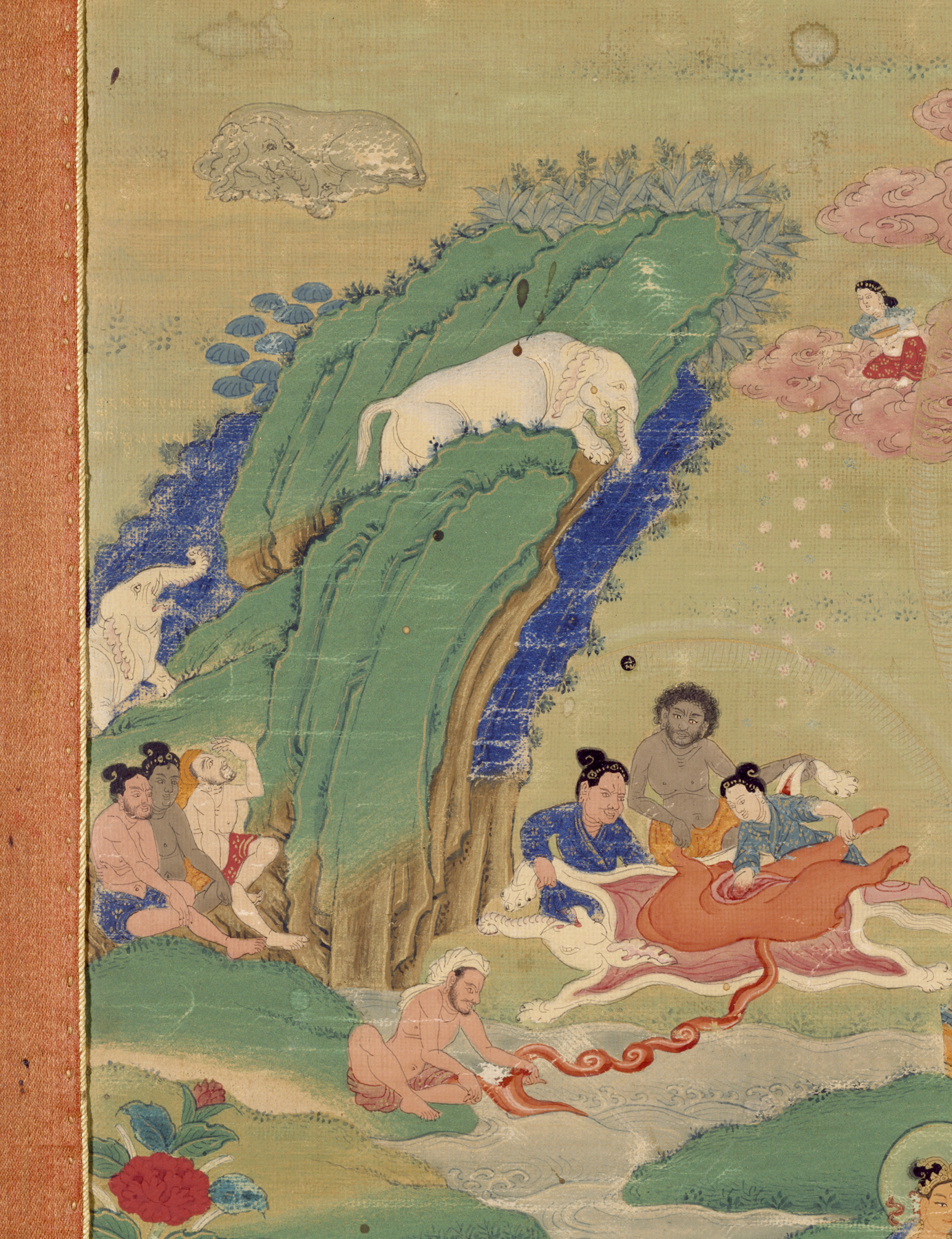 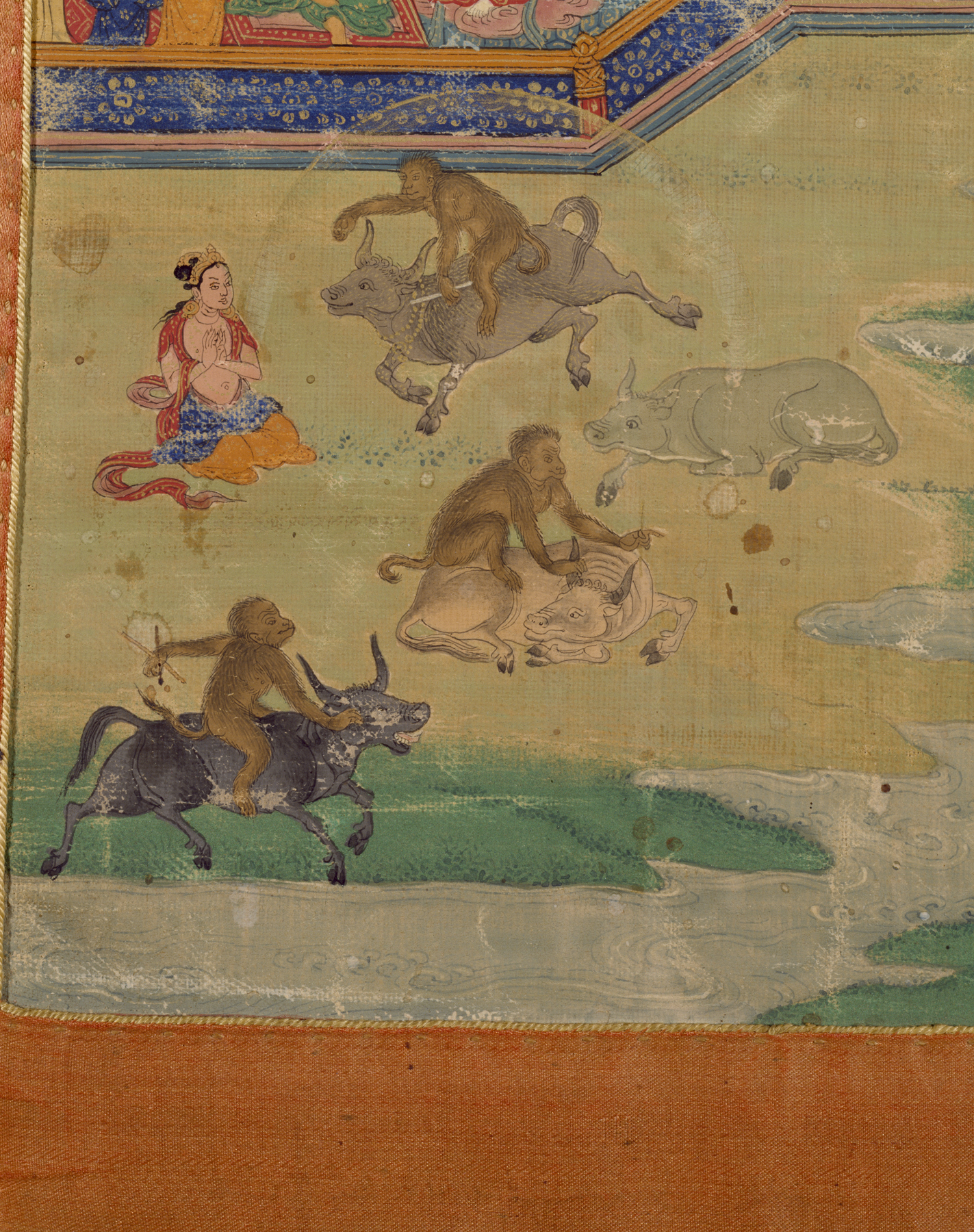 The Buddha Shakyamuni, who lived in the 6th-5th century BC, is shown here telling stories of his previous existences, all of which he remembered and many of which he related to his disciples. At left, for instance, the Buddha-to-be is an elephant, who jumped to his death from a cliff so that people could feast on his body. At bottom right, he is a wild buffalo, who explains that he will not seek revenge on a monkey that had tormented him.