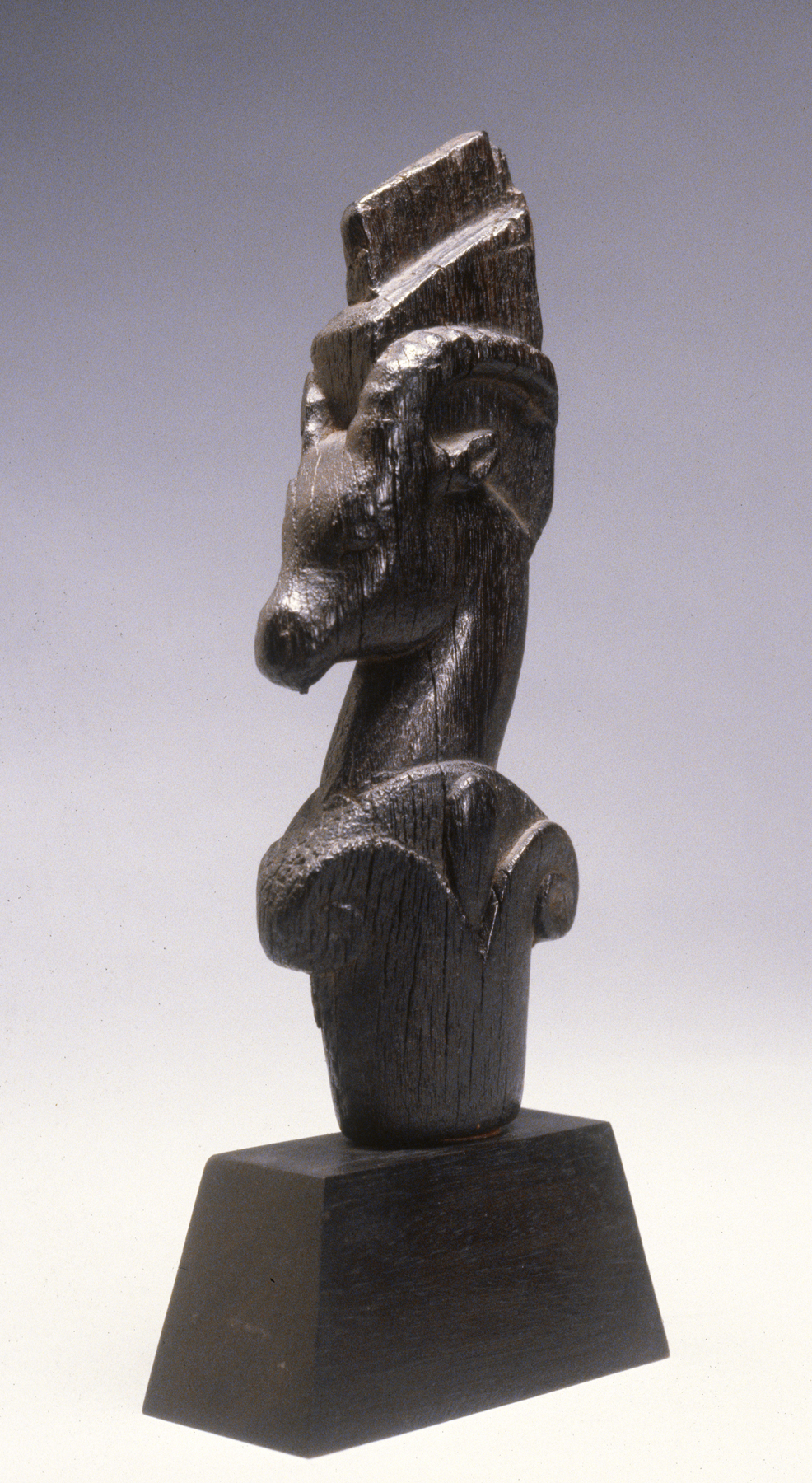 This carved wooden ibex head once decorated a lyre, a stringed instrument like a small harp that was adapted from Near Eastern cultures during the New Kingdom.

The head of an ibex is depicted emerging from an open lotus flower. Between the curved horns of the ibex is a projection with a rectangular tang. This tang would attach to the crossbar of the lyre. The angle of the piece and the shortness of its length suggest that it was fitted as the shorter support of an asymmetrical lyre. The ibex head would have faced outward. The piece is well preserved and the ibex is realistically rendered right down to a tiny projection representing a bearded tuft beneath the chin of the animal. According to Peter Lacovara the base of this piece may be located in the collection of the Museum of Fine Arts, Boston.