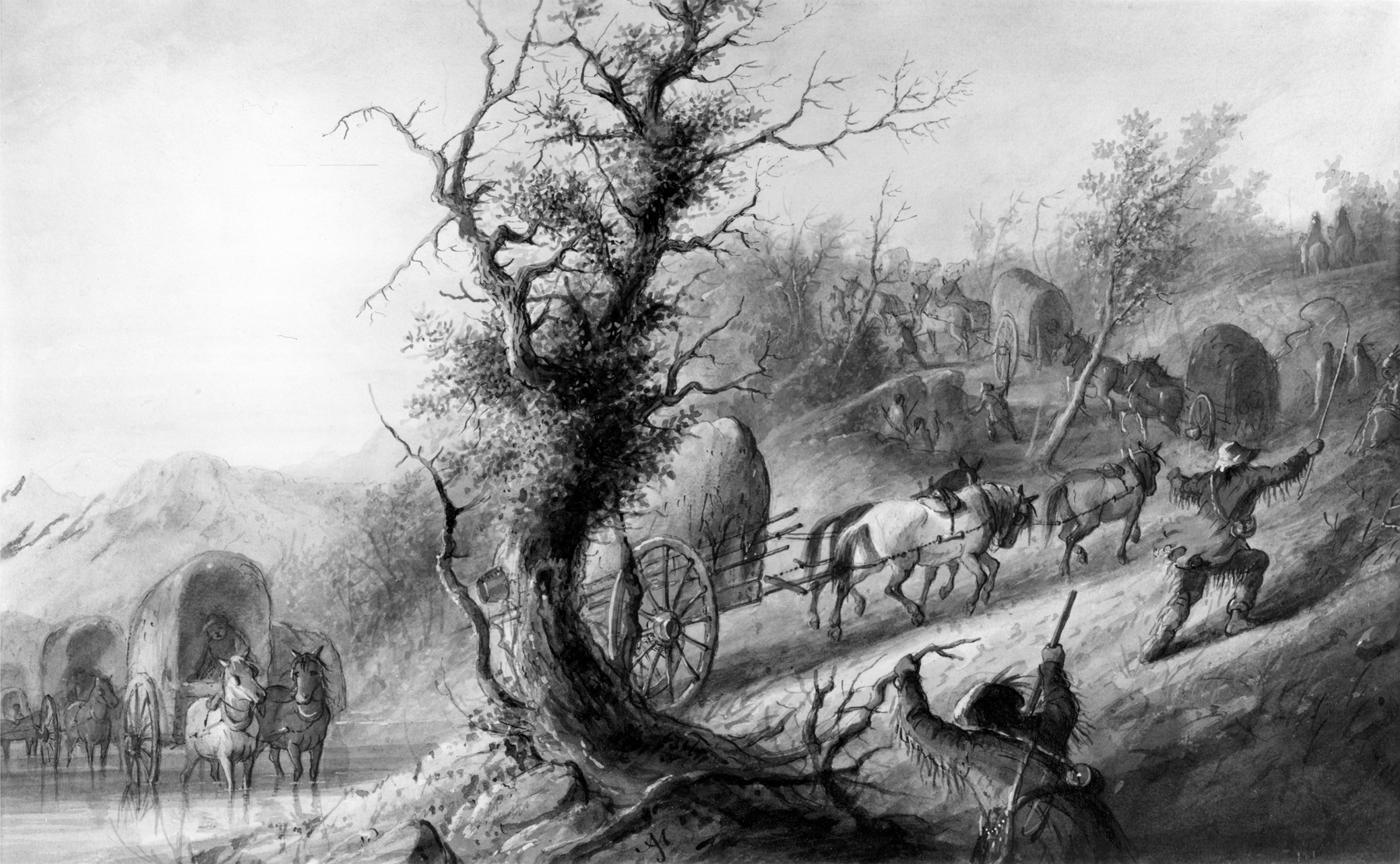 "In crossing some of these rivers we encountered banks 40 or 50 feet high, with a rough road so steep that it was essential to unharness the mules & horses;- attach ropes to the wagons, man them and pull until they reached the table land,- while this heavy and overpowering work was bing done by the Trappers, the Indians would be sitting or standing near us, and looking at us with quiet complacency - presents and all reasonable inducements were offered them to lend a hand. Not a man would stir. At last the Trapers, losing all patience, change their tactics and give them a round of peculiar French expletives,- thus throwing away their religion and good temper at the same moment. Luckily for the poor Indians, they were innocuous, as most likely they understood not a single word. The inquiry did not occur,- by what right we require them to help us? The scene of the sketch is where horses are available. Some attached to the vehicles are essaying the hill while others are in the river below, awaitign thier turns." A.J. Miller, extracted from "The West of Alfred Jacob Miller" (1837).