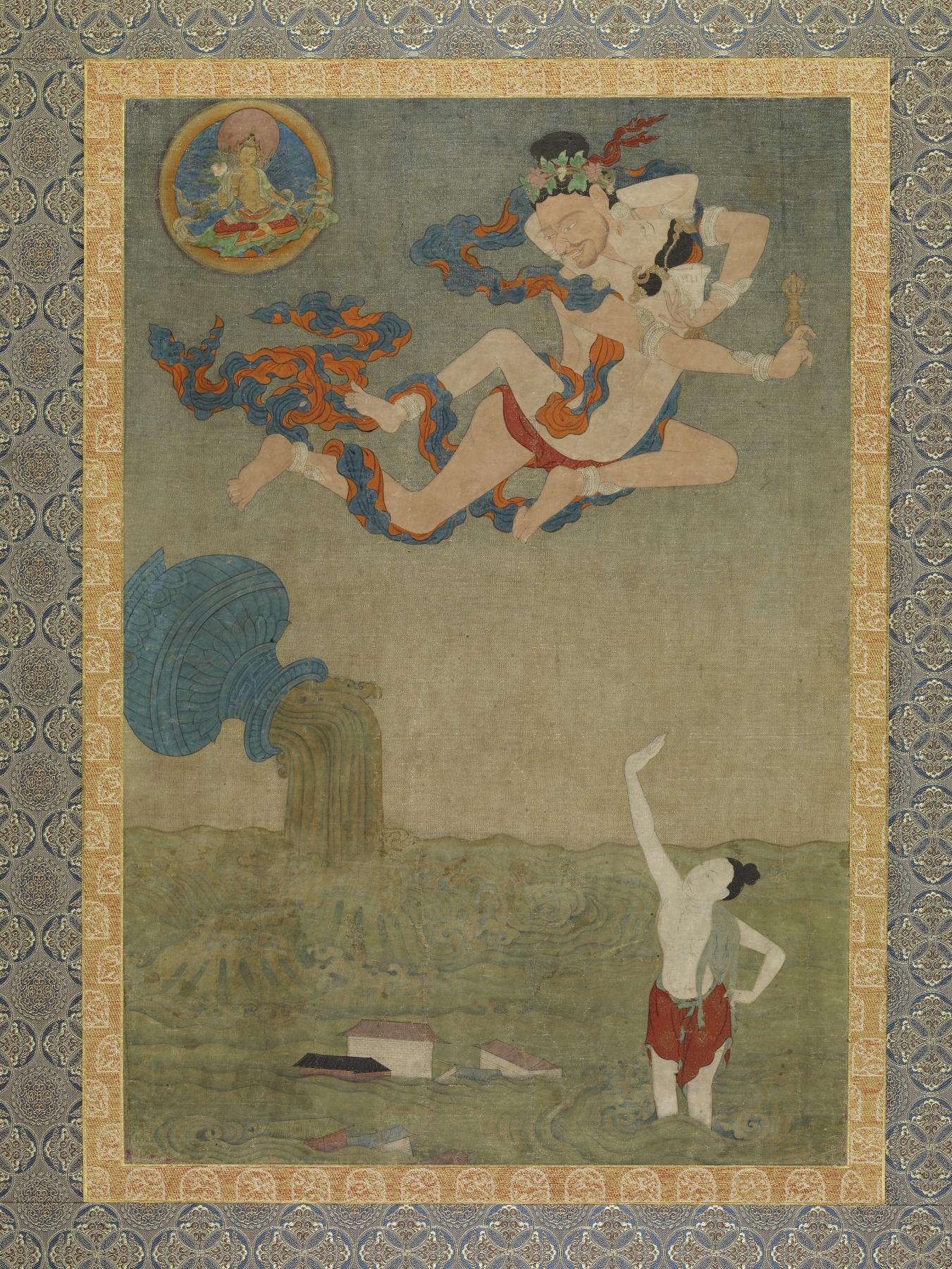 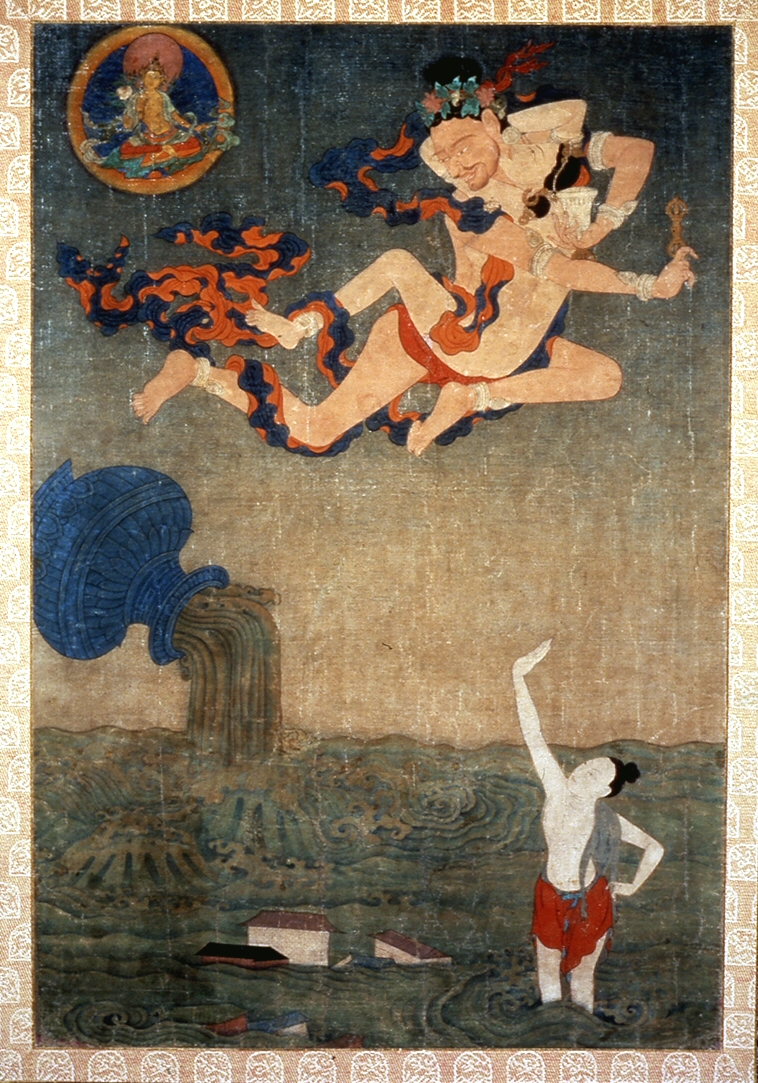 Mahasiddha Ghantapa and the Great Flood

The legendary Buddhist sage (mahasiddha) Ghantapa created a flood in order to teach a lesson to a king. But the flood threatened the lives of innocent bystanders, and so Ghantapa told them to pray to Avalokiteshvara, the bodhisattva of compassion. Avalokiteshvara dispatched a statue of himself-or perhaps an actual incarnation, judging from the way he is shown at lower right, his arm raised to halt the raging floodwaters. Ghantapa, who has the power to fly, holds his female partner as well as two ritual instruments, a bell and a vajra. He is watched over by the bodhisattva of wisdom, Manjushri, depicted in a circle.