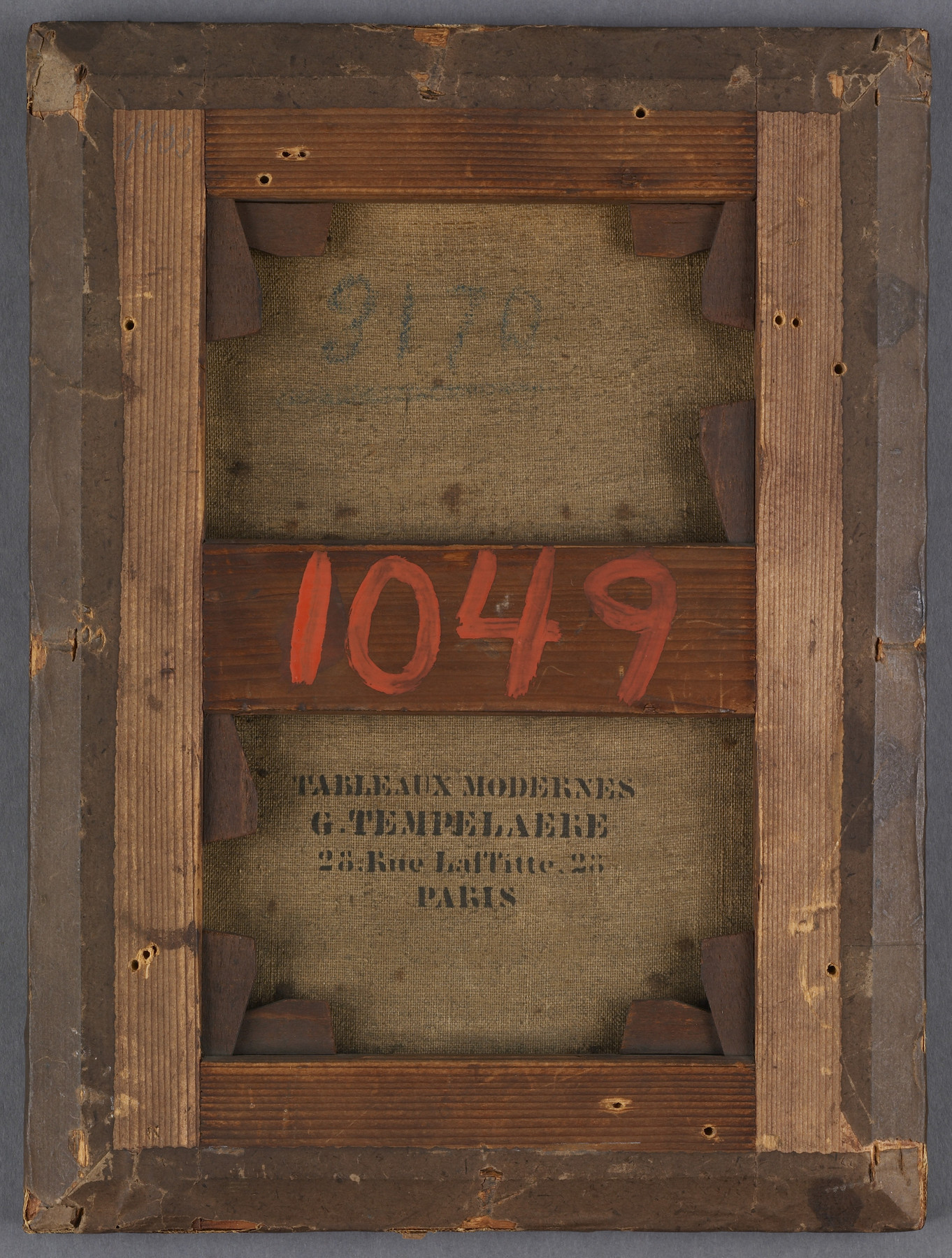 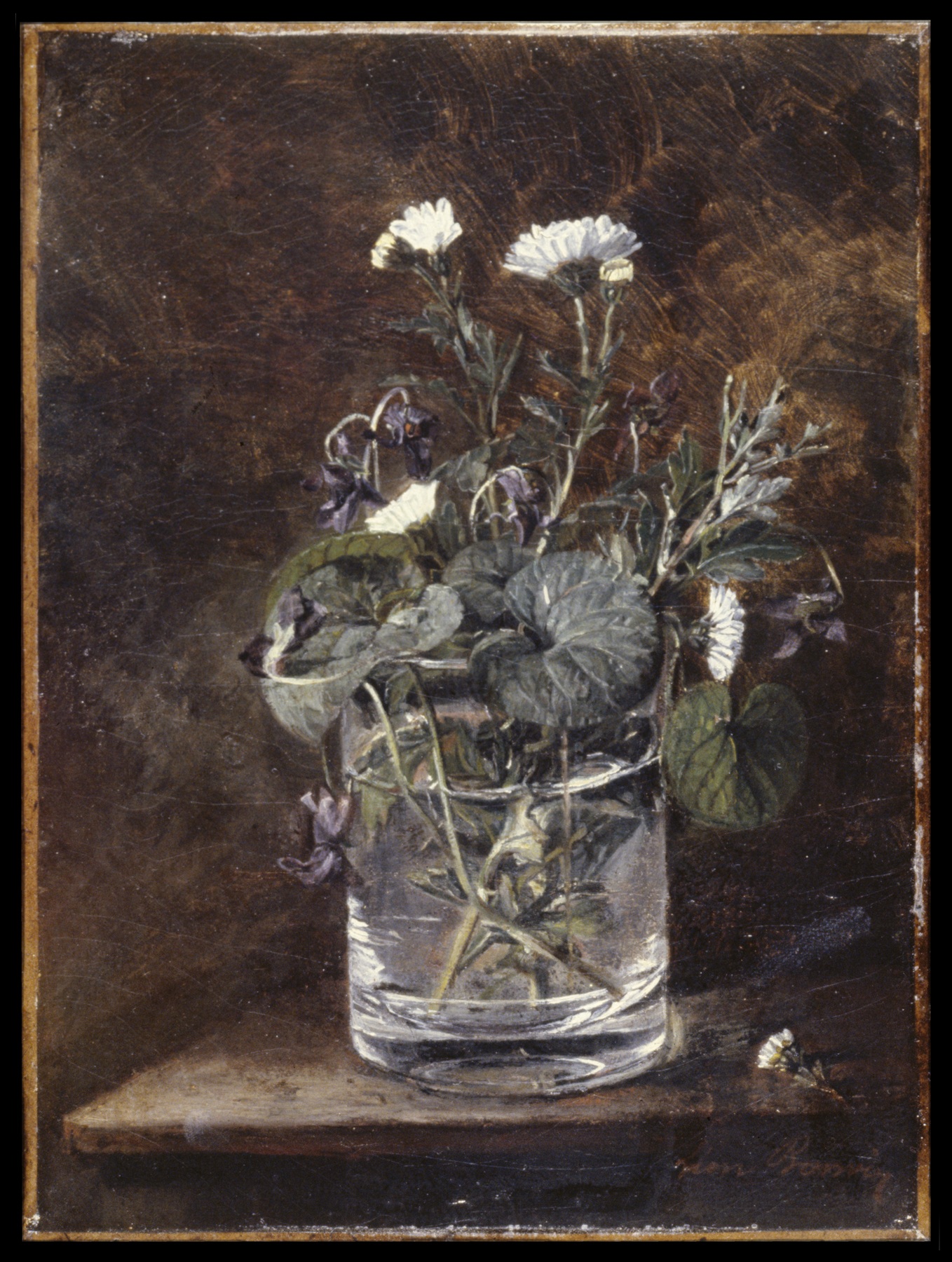 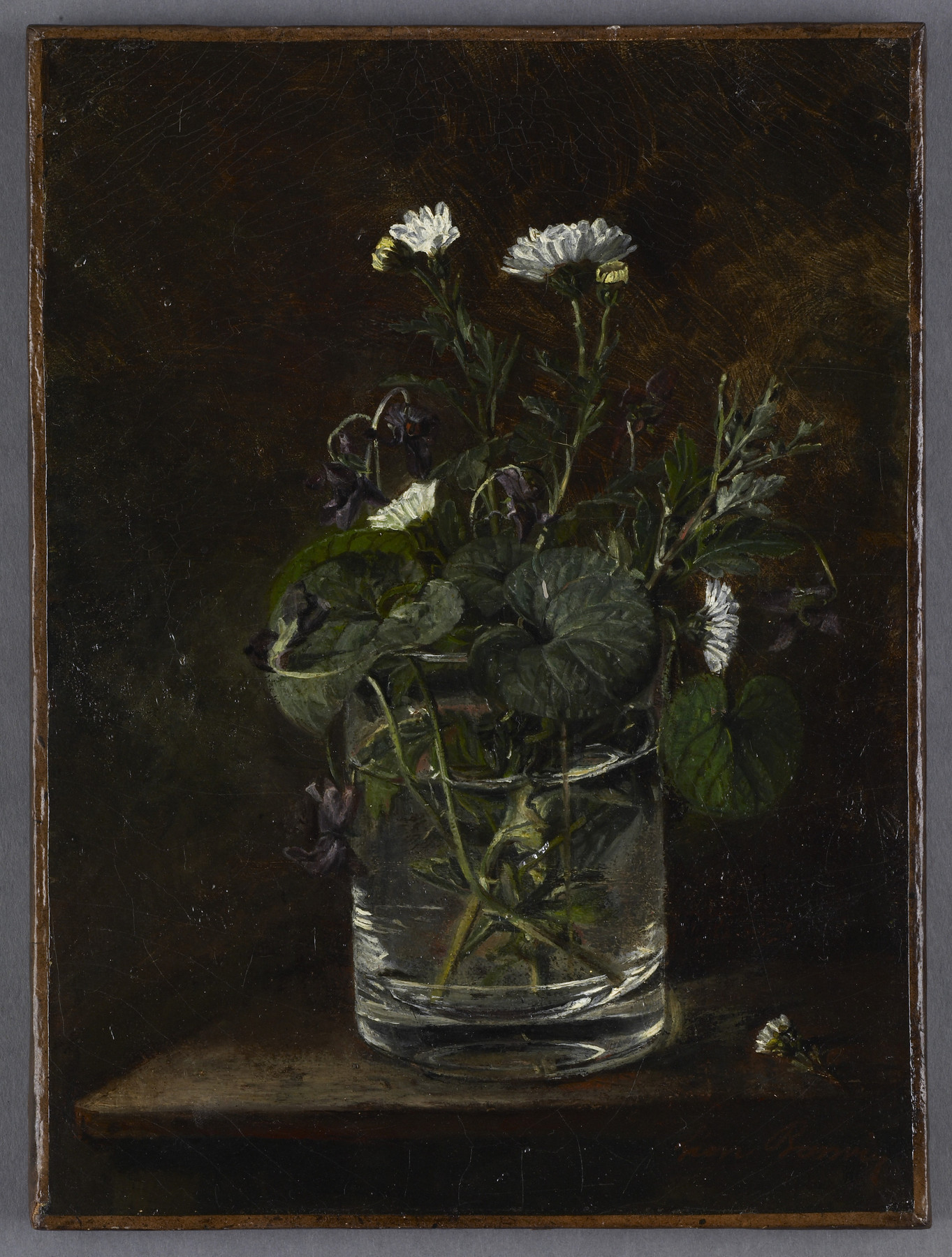 Bouquet of Daisies and Violets

During the 19th century an appreciation of Bonvin's work was confined to a small circle of connoisseurs and collectors, most prominent among them William T. Walters, father of Henry Walters, founder of the Walters Art Museum. For much of the 19th century William displayed and stored his watercolors in a deluxe leather-bound album with a specially commissioned frontispiece and tailpiece by the renowned flower painter of the Lyon school, Jean-Marie Reignier (see WAM 37.1501 and 37. 1531). William's collection of Bonvin's work was acquired between 1862 and 1891, and eventually comprised 56 watercolors and this one, rare oil; today, this is the largest collection of Bonvin's work in existence.