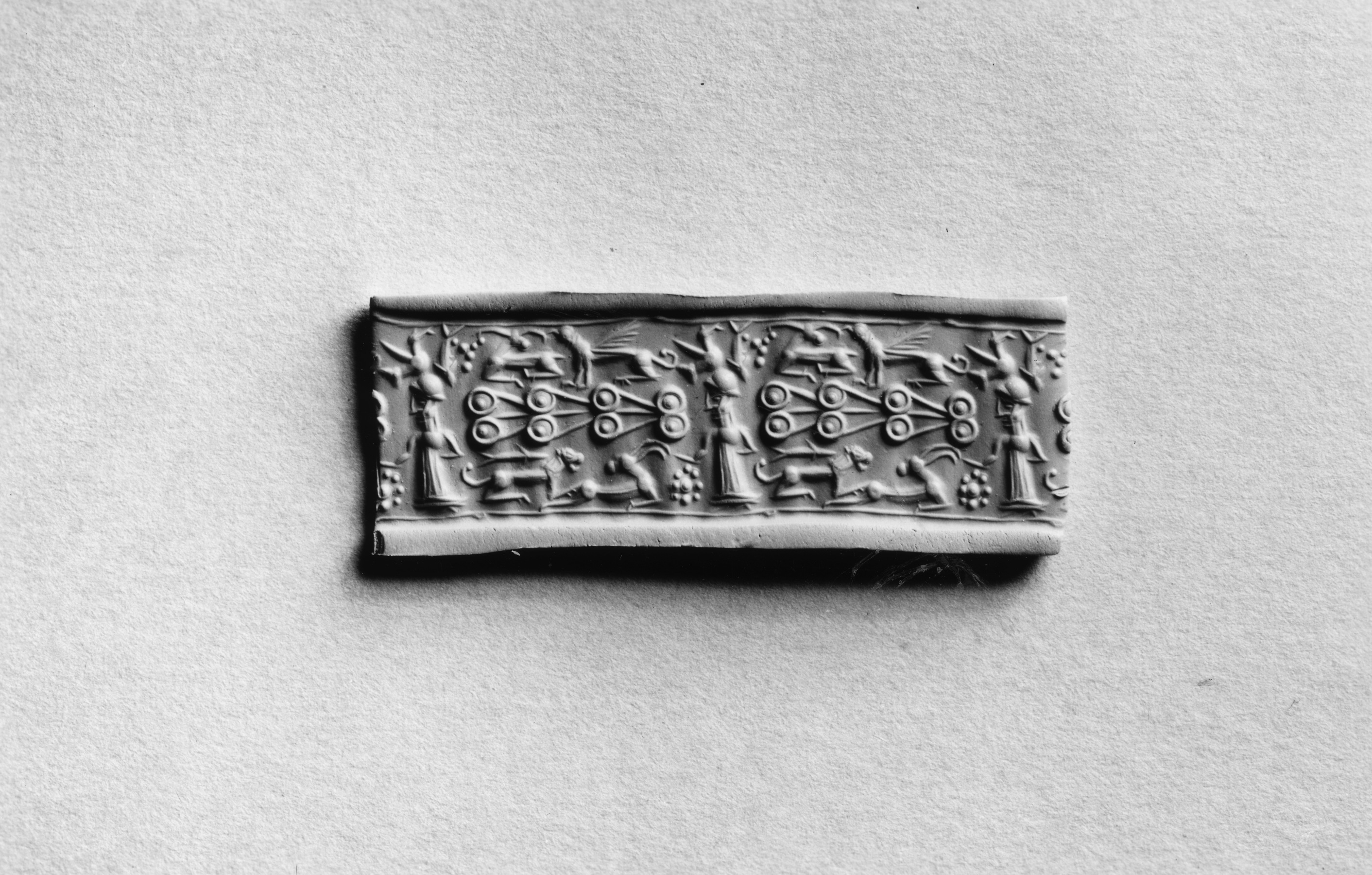 Cylinder Seal with a Standing Figure and Animals

This scene includes a central geometric design and a standing male figure holding a knife. Above the design is a recumbent horned quadruped and a griffin, and below there is a lion attacking a horned gazelle. A rosette, fish, and bird are also included in the scene.