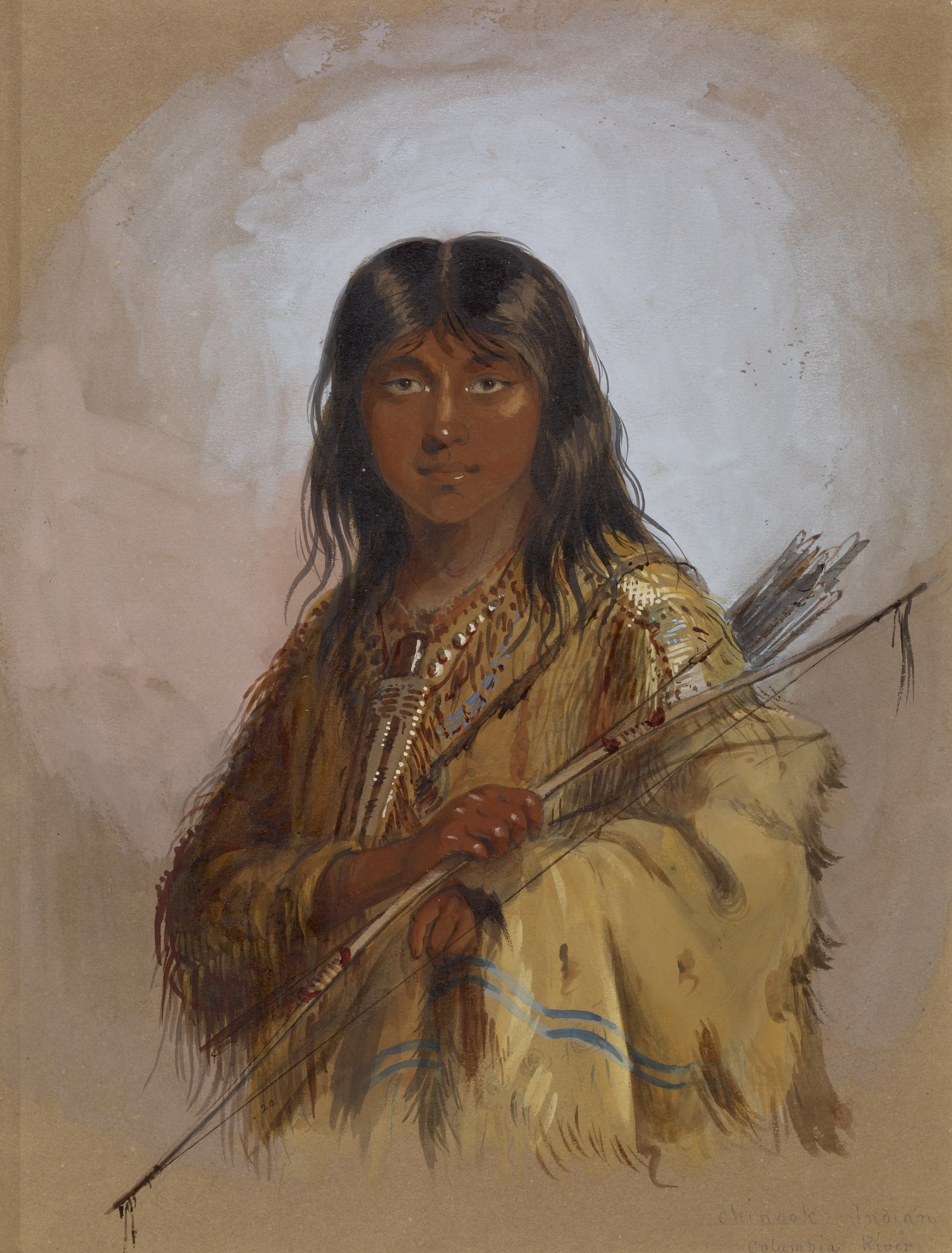 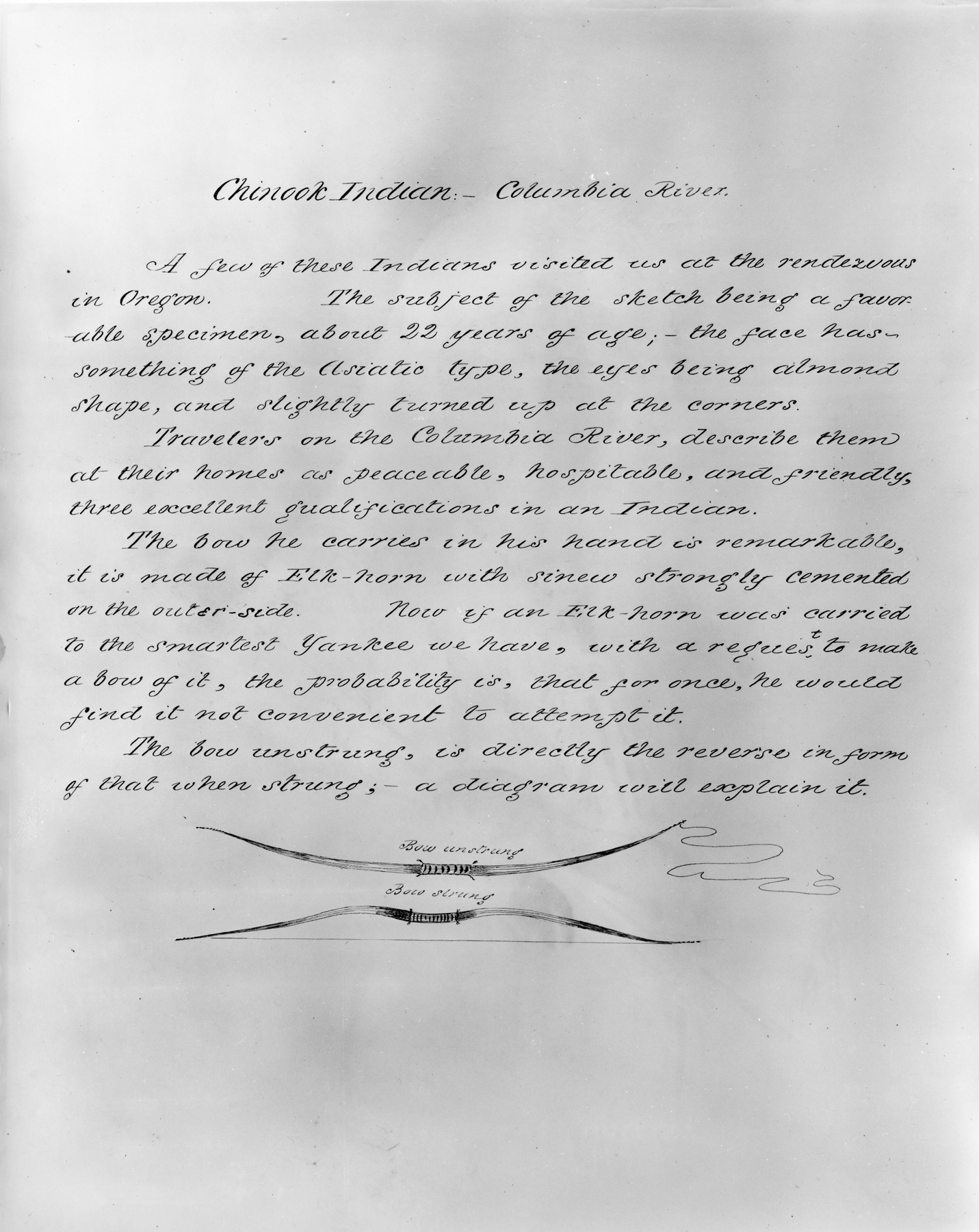 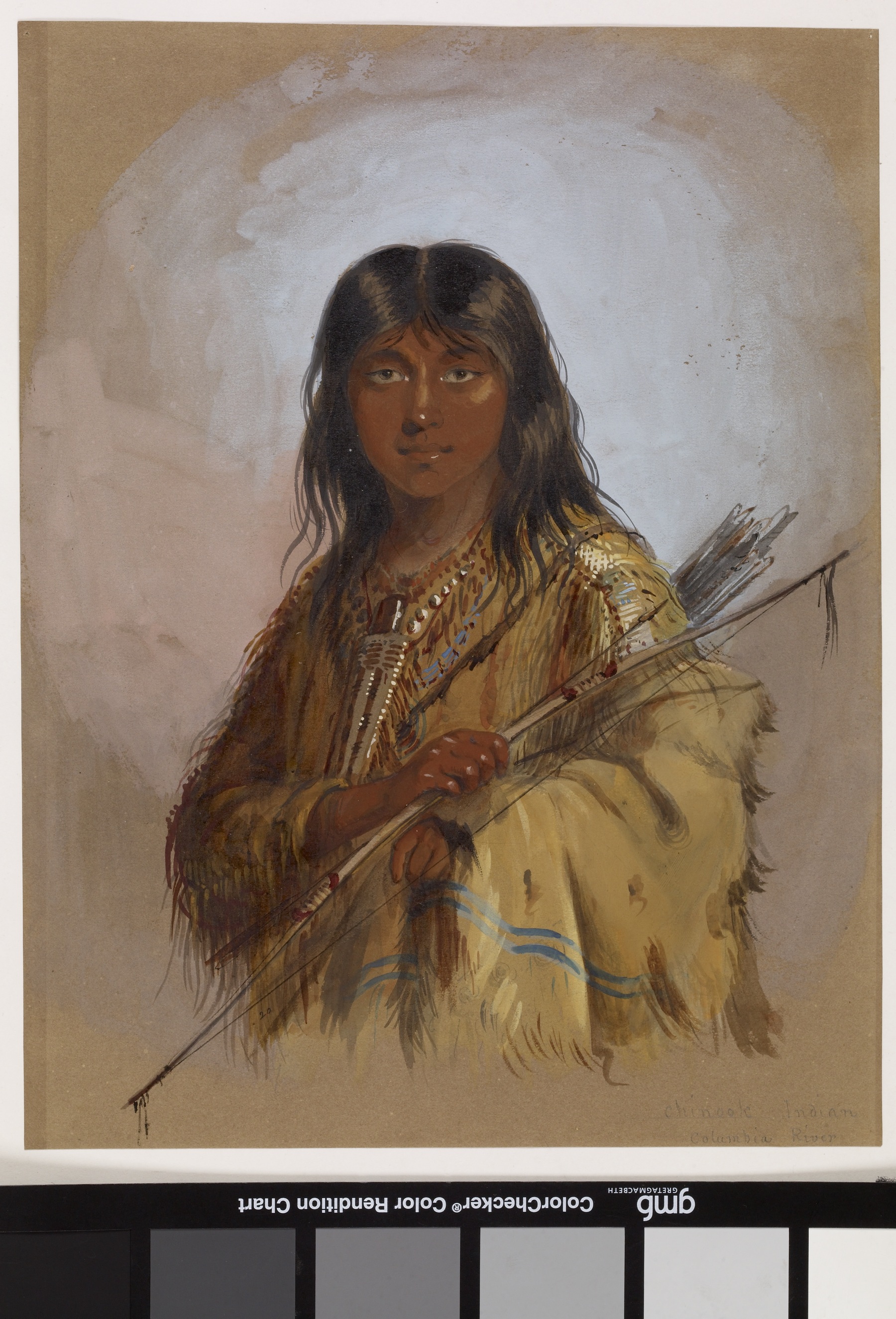 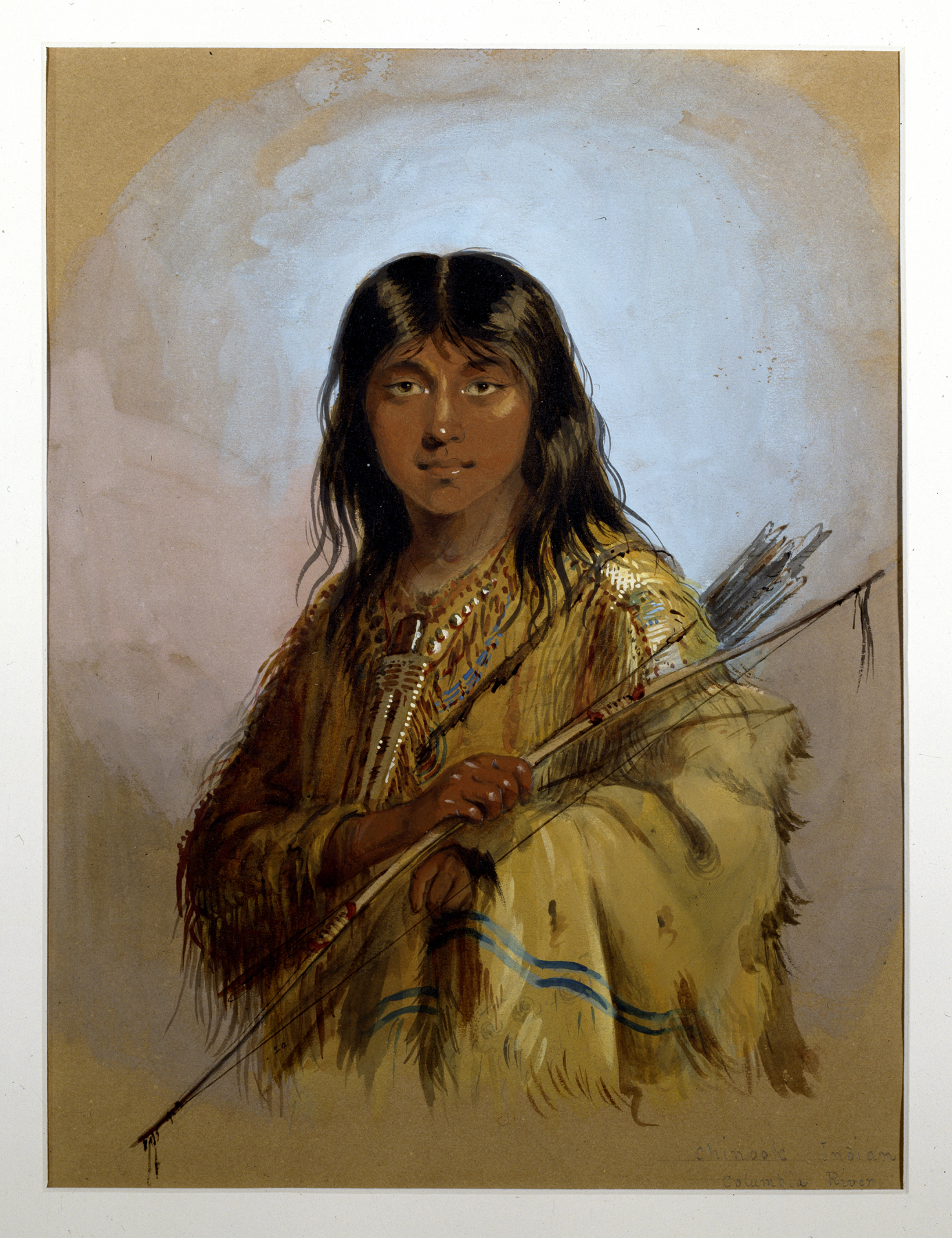 It was probably the "Asiatic type, the eyes being almond shaped and slightly turned up at the corners," that attracted Miller to paint this Chinook Indian portrait. He was a "favorable specimen, about 22 years of age," and holding a remarkable bow made of elk-horn with a sinew string, which Miller also drew.