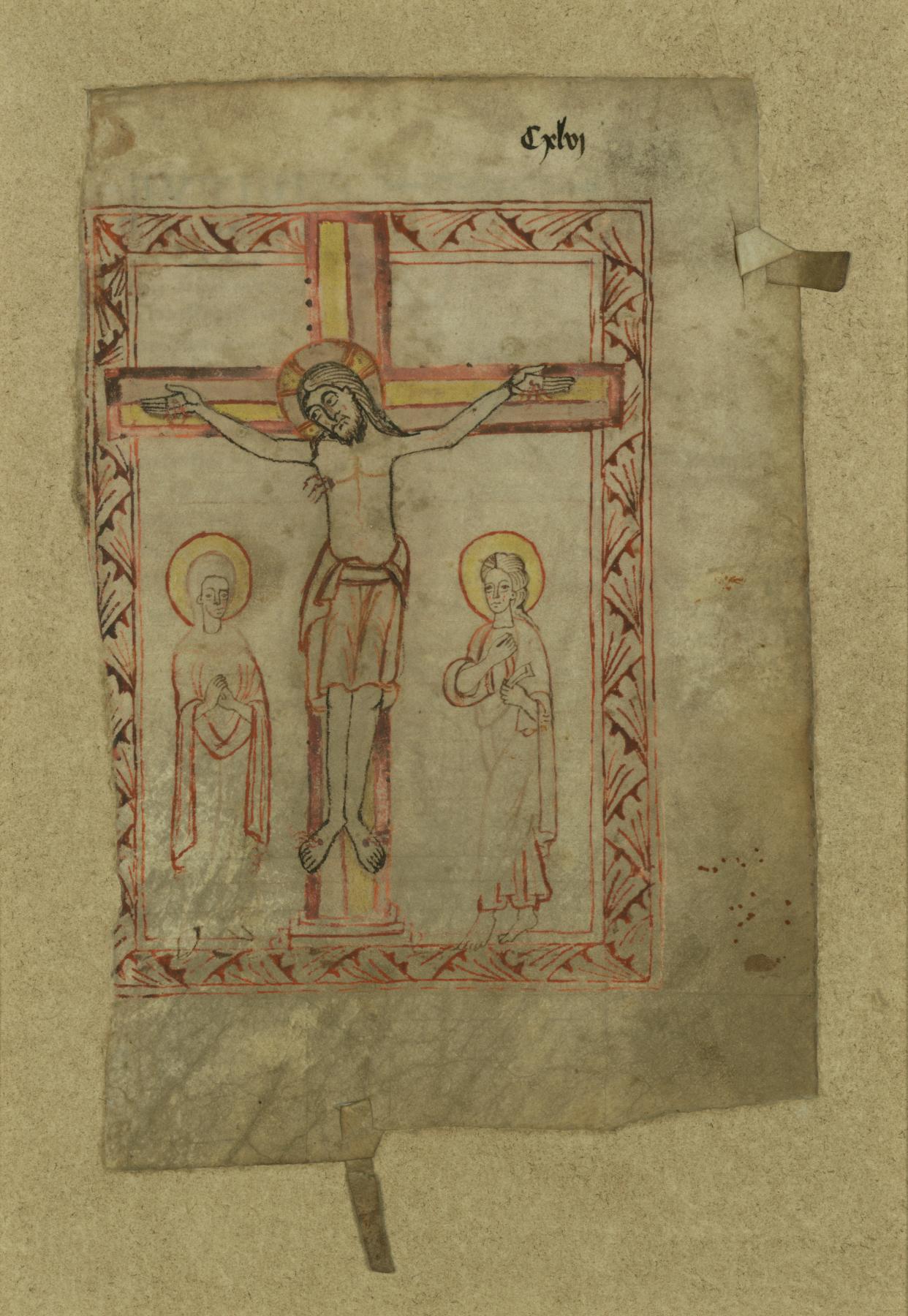 This leaf once belonged to a small missal, and was created in the late eleventh or early twelfth century. The distinct style of its miniature suggests it was made in Southern Germany, or possibly in the Tyrol region of Austria, where line drawing in colored inks had developed into a regional style. The recto depicts the Crucifixion, and the later redrawing of Christ, especially apparent in his face and feet, suggests it had been worn down through pious touch. On the verso is found the opening text for the Canon of the Mass, introduced by a historiated initial "T" containing a standing man wearing a short skirt. That the manuscript was well-used is attested to both by the heavy wear to the parchment, and by the two original manuscript tabs that were created as page markers for this important text and image.