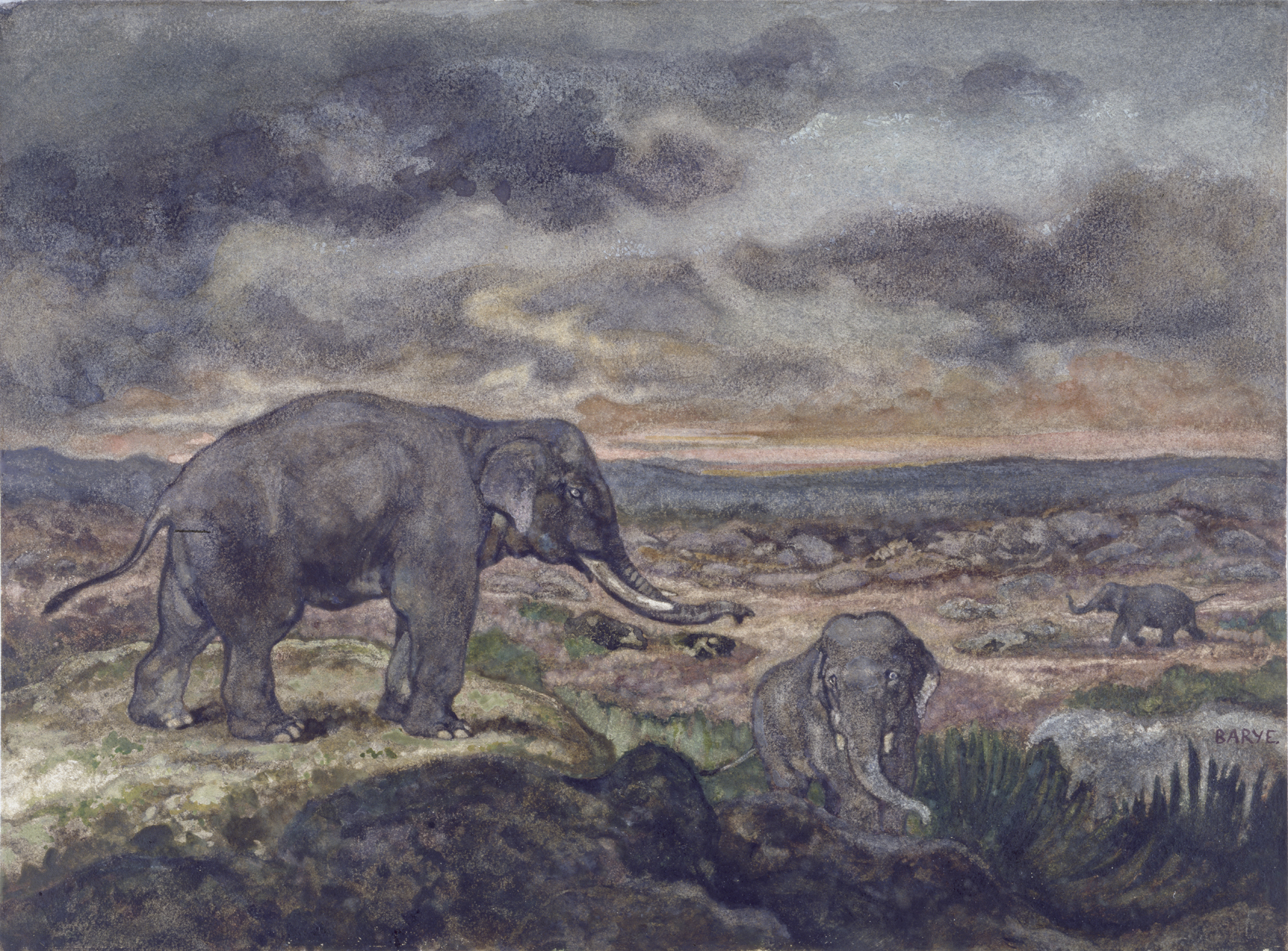 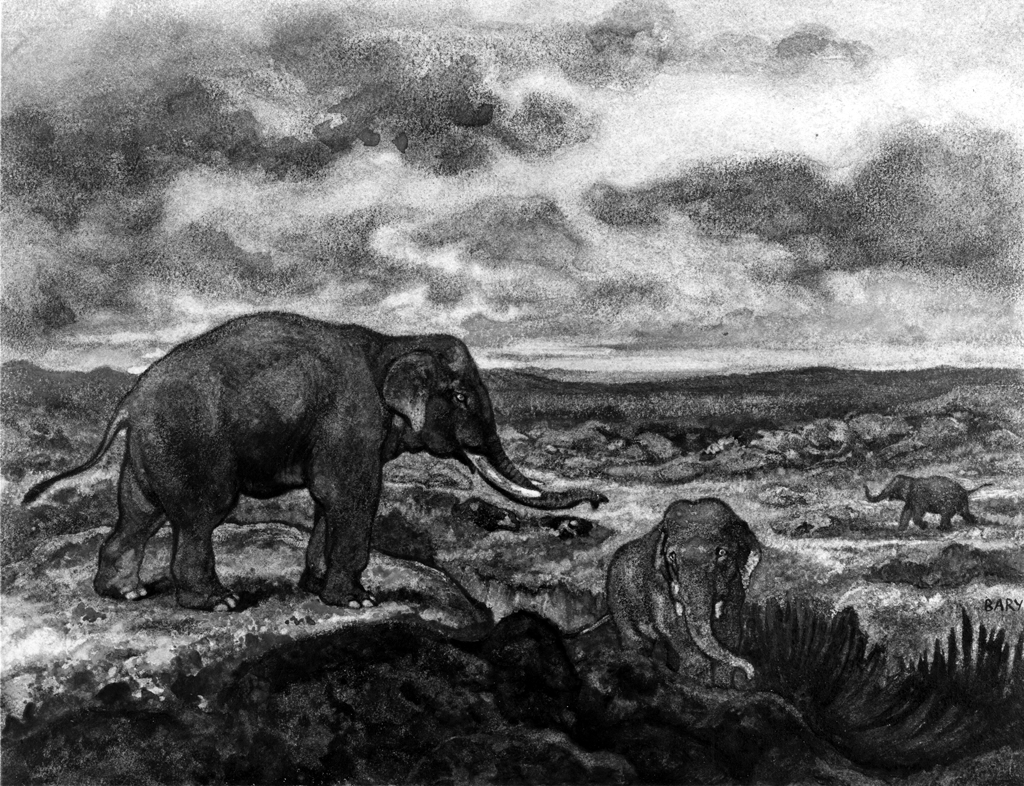 Three Asian elephants graze on a desolate plain at sunset; the warm tones of the sky are repeated in the landscape. Barye's close friend at Barbizon, the landscape painter Théodore Rousseau (1812-67), is thought to have owned this watercolor.

[Signature] In reddish-brown watercolor on lower right edge: BARYE; [Number]: In graphite in center, on verso: 3, 12.