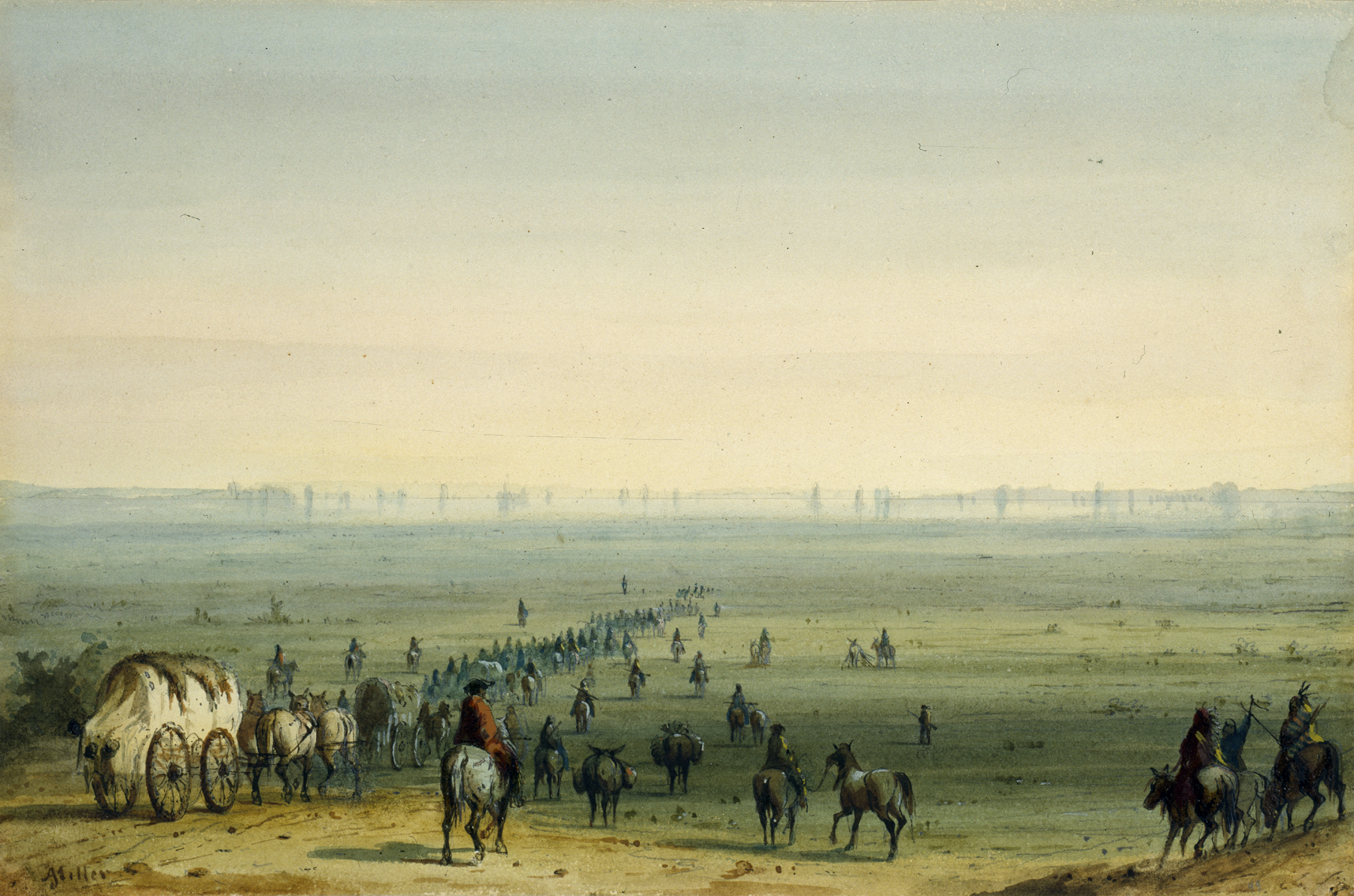 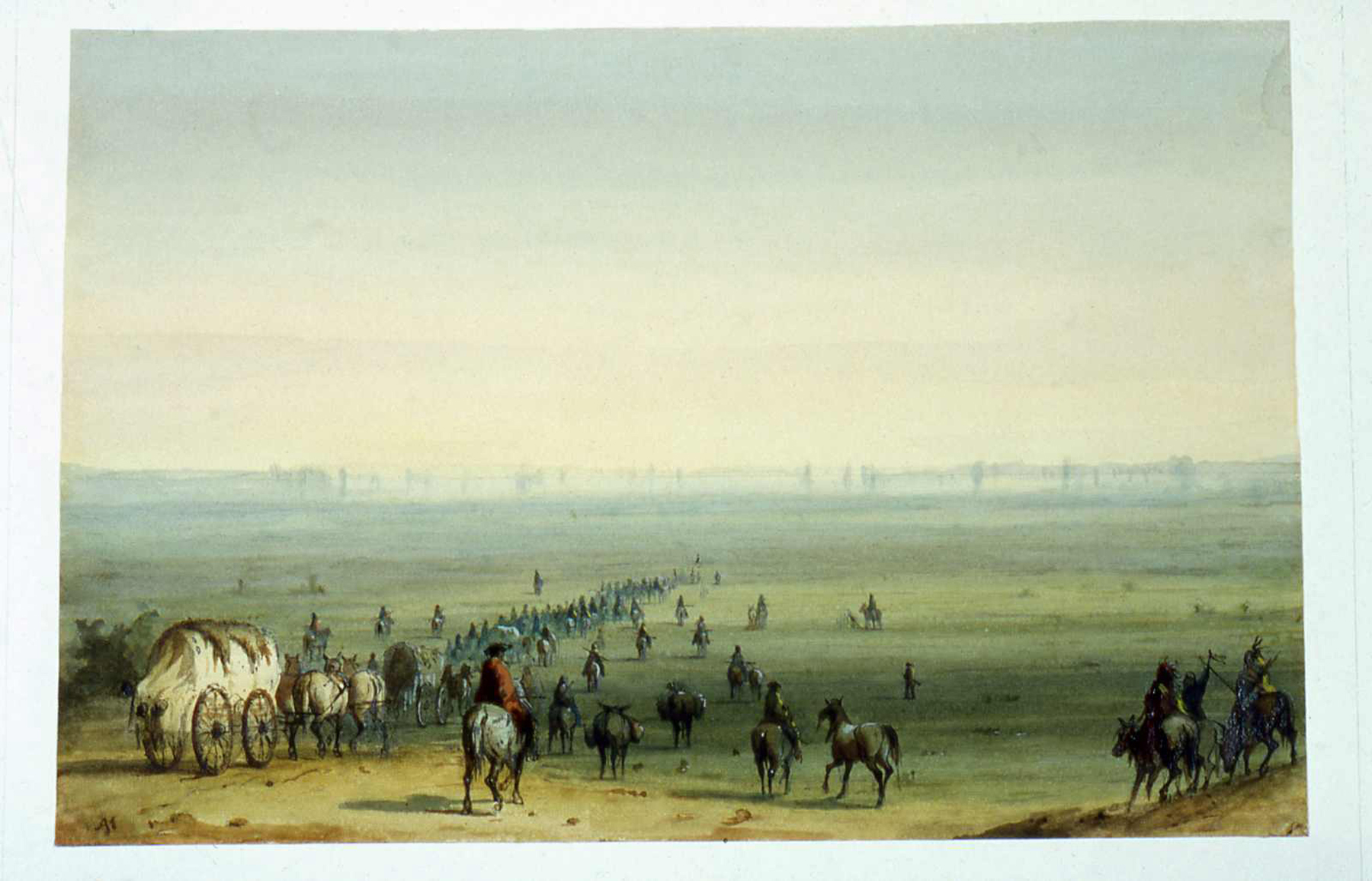 The men were tormented by thirst several times while crossing the prairie. It was not unusual in such a situation to see a delightful lake looming on the horizon. When the horses did not "quicken their motion, or snort," Miller knew that he was seeing a mirage. Although Miller is noted for the first pictures of the Rocky Mountain fur trade, he also painted some of the freshest and most candid prairie scenes to come out of the overland trail.