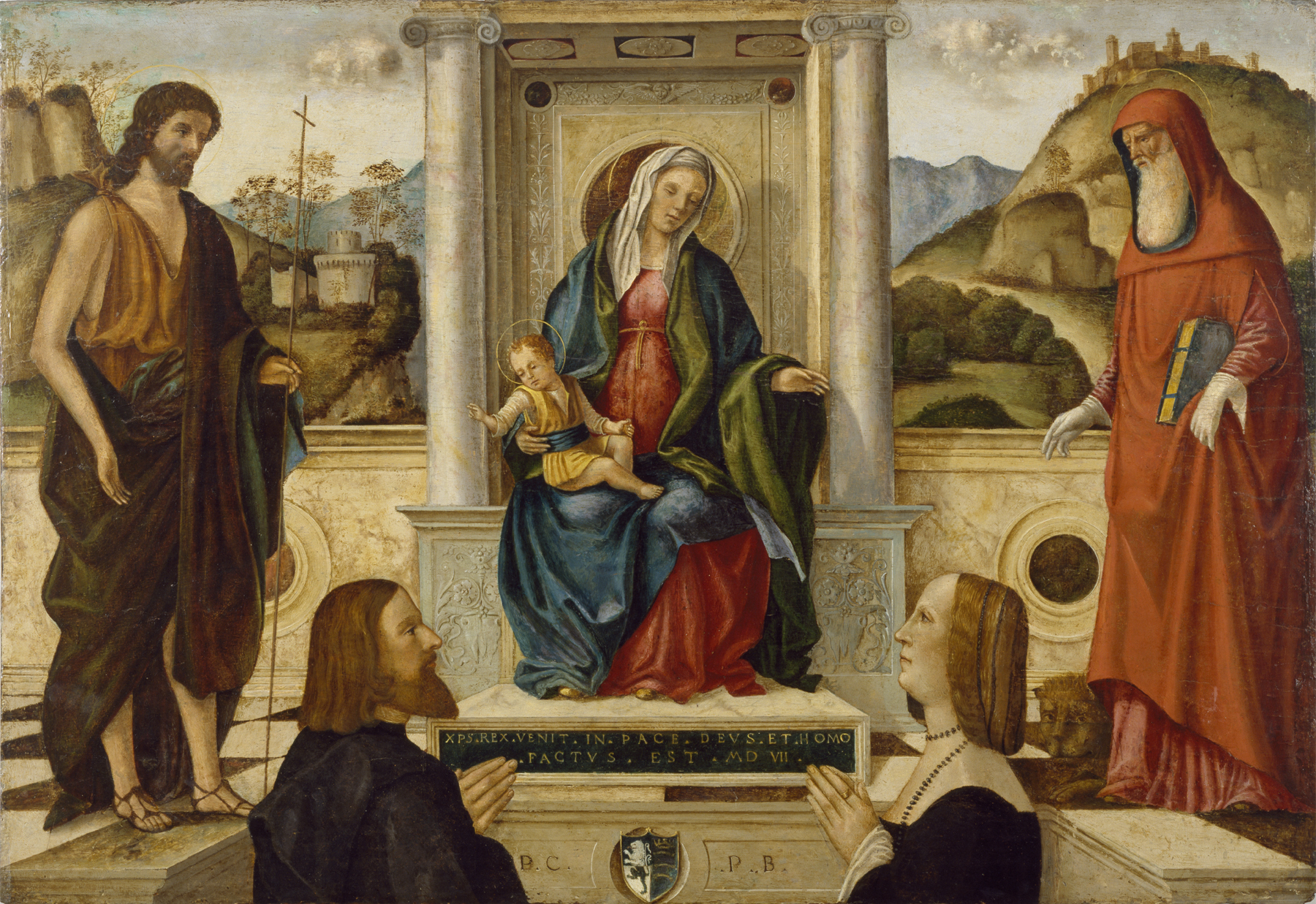 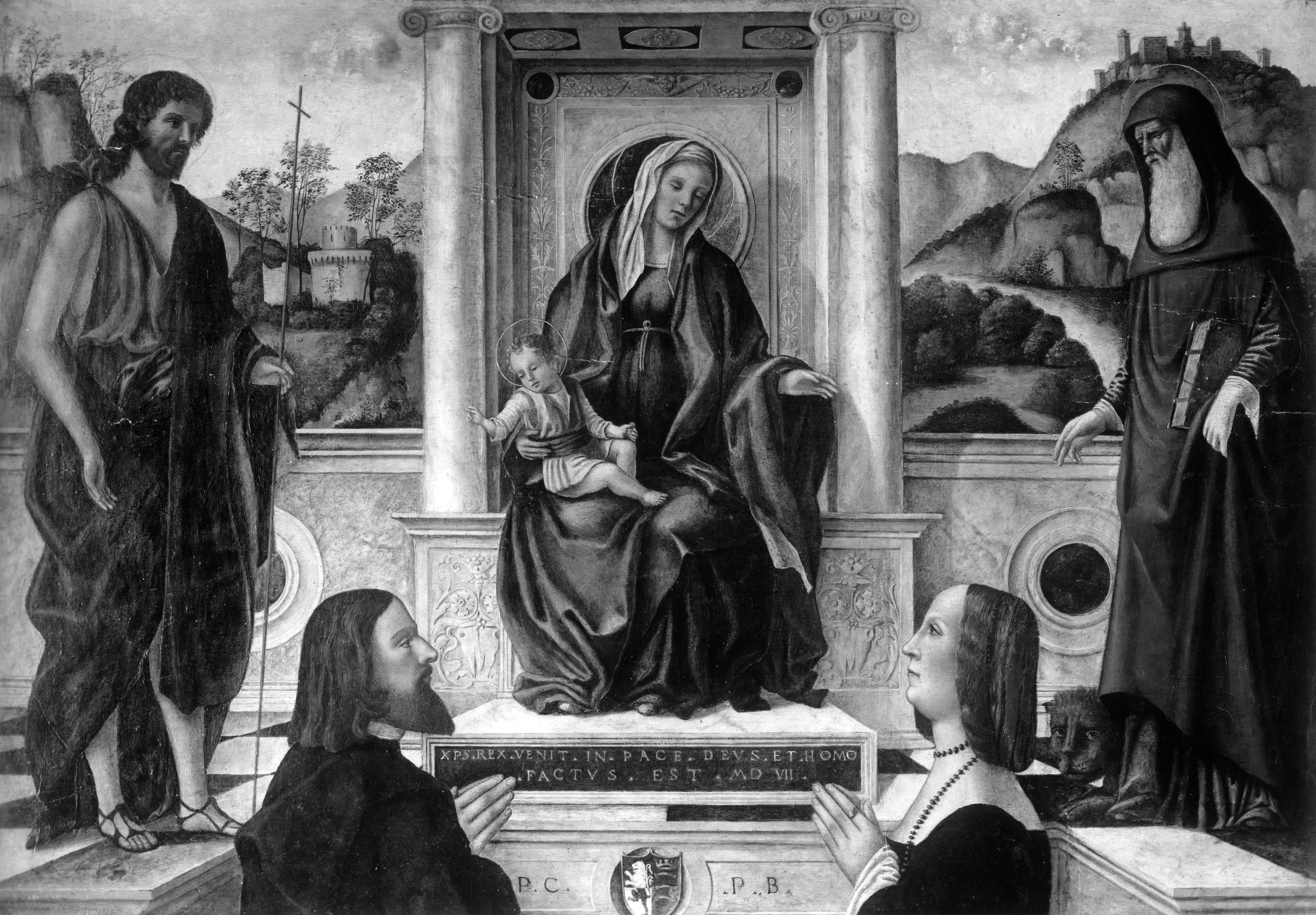 Madonna and Child Enthroned with Saints and Donor

Vittore Carpaccio was one of the leading artists in Renaissance Venice, renowned especially for his large-scale narratives for Venice’s illustrious religious brotherhoods (called “scuole”). This painting, one of few altarpieces associable with his workshop in an American museum, depicts the Madonna and Child on a patterned marble throne between Saints John the Baptist at the left and Jerome at the right. Some passages, such as the portraits, are very well done, but the proportions of the other figures and clarity of the modeling is not to the standard seen in Carpaccio's famous narrative paintings. The donors (the individuals who commissioned the work) are shown bust-length and in prayer on a slightly lower plane that keeps them at a distance from the holy figures and closer to the secular world. Their specific identifies are now unknown but they were presumably husband and wife, since their respective families’ coats of arms are shown “impaled,” or combined, on a single shield between them. The man’s coat of arms belong the Pisani family and the woman’s to the Besagio. Both families were influential in 16th-century Venetian society, and the marriage between them documented by Carpaccio’s painting probably occurred in 1507, the date inscribed in Roman numerals on the step below the Madonna’s throne. An additional inscription in this area written in Latin translates to “Christ King came in peace as God and became a Man." The initials “P.C.” and “P.B.” flanking the coat of arms remain unexplained.

Henry Walters, Baltimore, prior to 1916 [mode of acquisition unknown] [possibly on advice of Berenson]; Walters Art Museum, 1931, by bequest.

Acquired by Henry Walters, before 1916