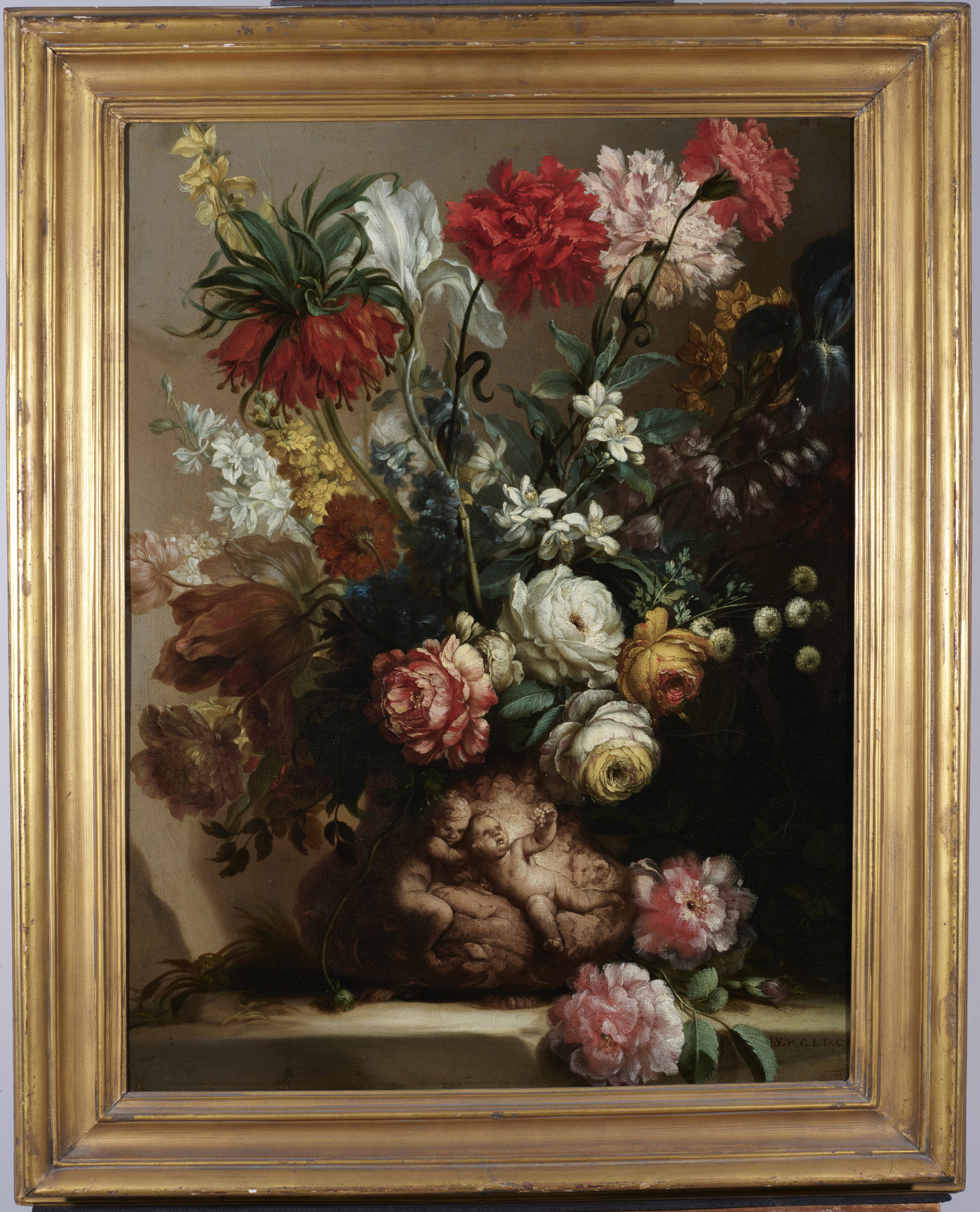 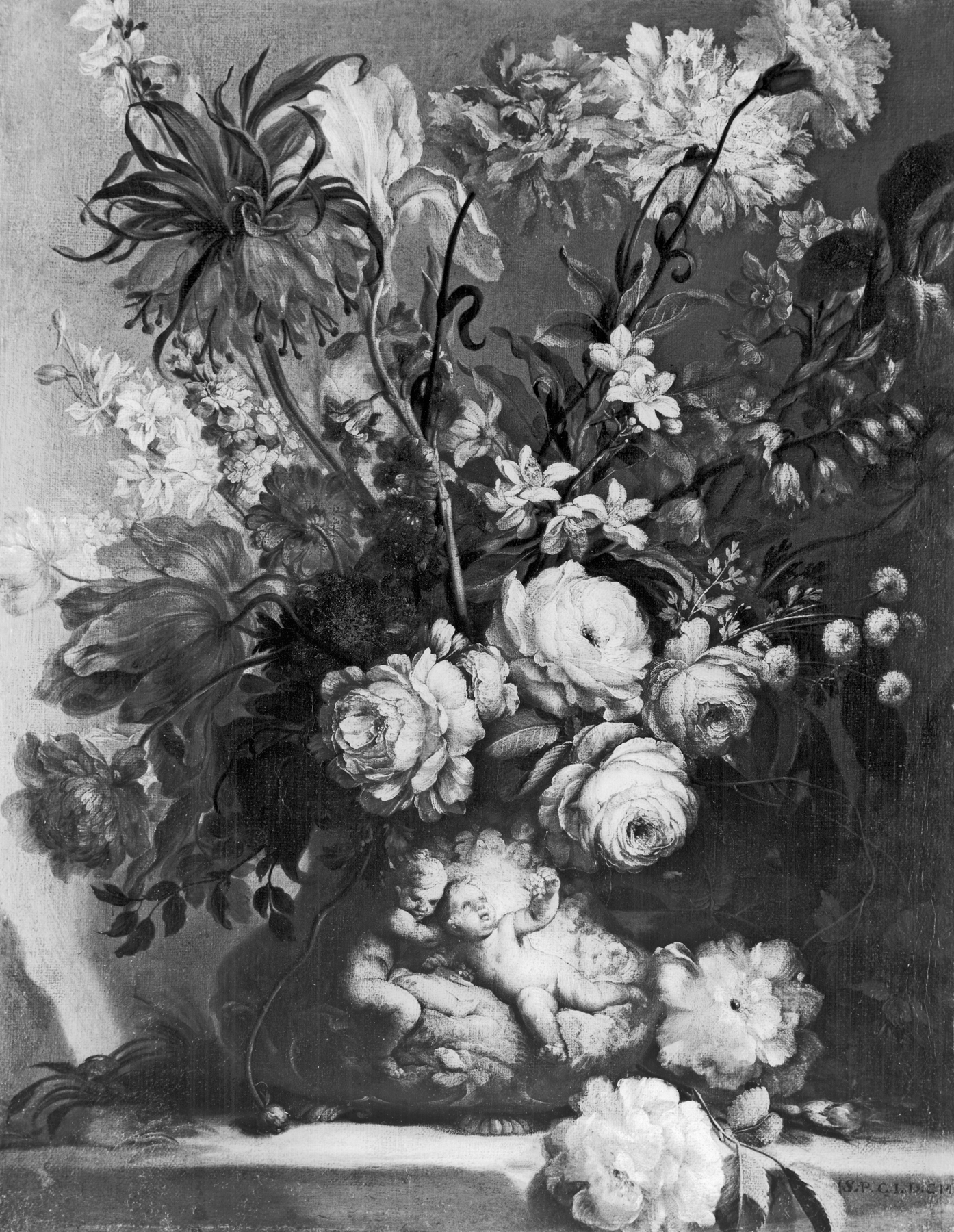 Fresh flowers in all their fragile, transient beauty and variety were not available in the winter nor could specimens be preserved for display, as could those of animals, so flower paintings, drawings, or colored prints were especially treasured. The flamboyant sweep of the composition and emphasis on blossoms that are full to slightly past their prime mark this flower piece as from the second half of the 17th century when the baroque style touched even flower painting. The motif on the vase of putti (chubby todlers, more knowing and worldly than their apparent age would suggest) adds a classicizing tone to the floral display that reflects the expanding influence of French tastes throughout Europe. This is a rare signed piece by the daughter of Jan Peeters I, who worked in Antwerp and painted Southern Seaport in a Storm (Walters 37.1921). Only her birth date is known. Women painters were generally thought more capable of portraiture or flower painting, thus subjects drawn from life, not requiring leaps of a vigorous imagination such as the more “manly” painting of history subjects, which might require preparation in an academy or workshop where the study of the human body would be necessary…and considered inappropriate for women. 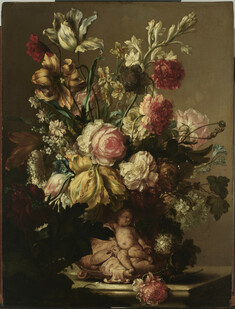 Flowers in a Vase with a Putto