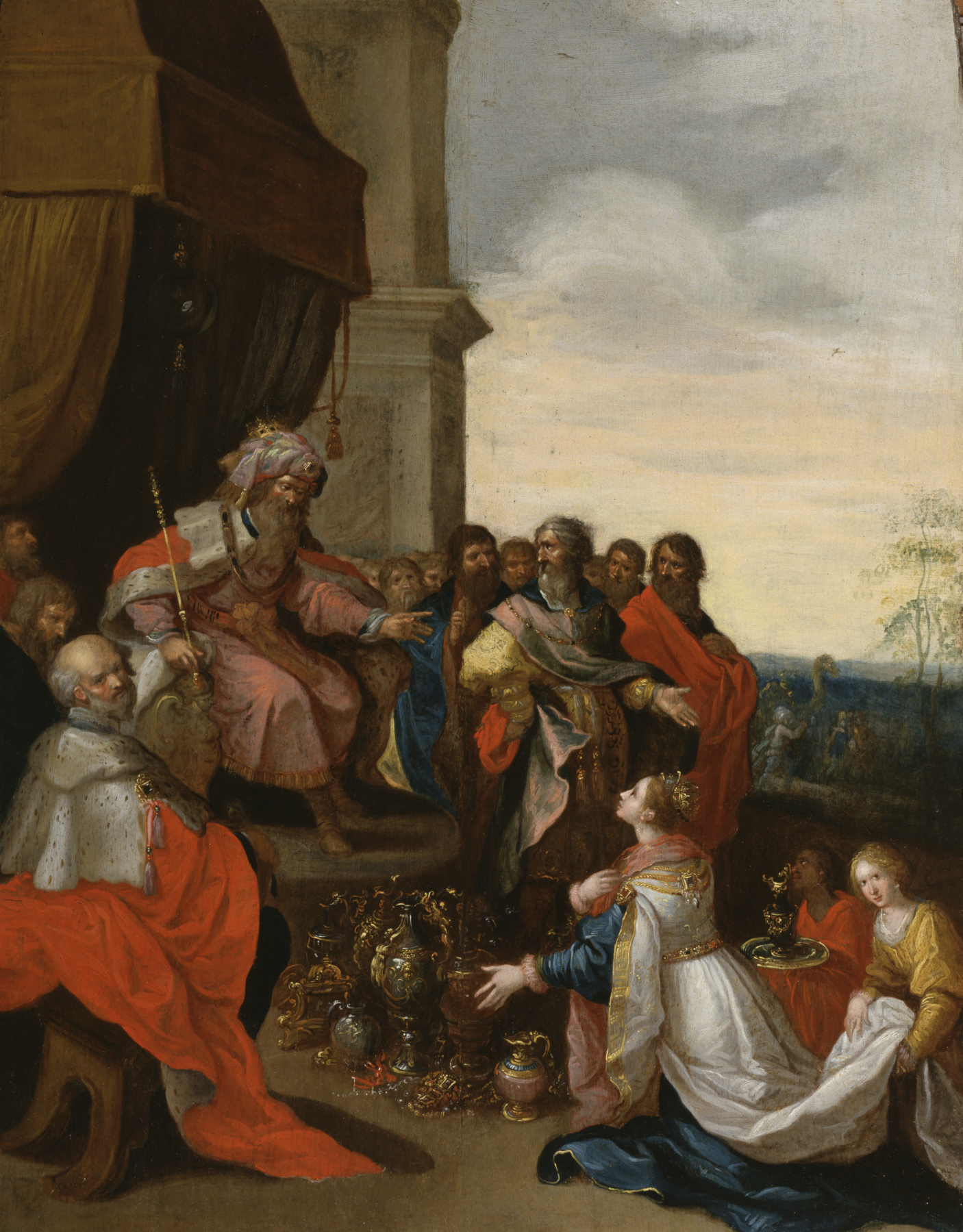 The queen of Sheba is reported in the Book of Kings to have journeyed to Jerusalem to test King Solomon’s wisdom and see the splendor of his court. She was thought by some 17th-century European scholars to have come from Ethiopia and by others, from Arabia. Since the ancient kingdom of Sheba (Saba) on the Arabian Peninsula reestablished itself in what is now Ethiopia at least 3000 years ago, this is consistent with the tradition of the child conceived by the queen with Solomon as the ancestor of succeeding Ethiopian monarchs.
We see the reception of the great queen who kneels in homage before Solomon, surrounded by her gifts to him. She is beautiful, but also a delicate blond. The artist apparently expected his patrons to be more interested in pageantry than historical accuracy. Francken has represented one of her retinue as a black woman but her status appears to be secondary to the blond in more courtly attire who gathers up the queen's train and engages the viewer with her gaze. The same details can be seen in a signed version of the composition (Christies, NY, 18 Jan. 1984, lot 122)
Frans Francken the Younger was the most prolific of a very successful family of painters in Antwerp; see further his Road to Calvary, also in the Chamber.

Gift of Lisbeth and Stephen Kornreich in memory of Augusta and William Modley, 1996