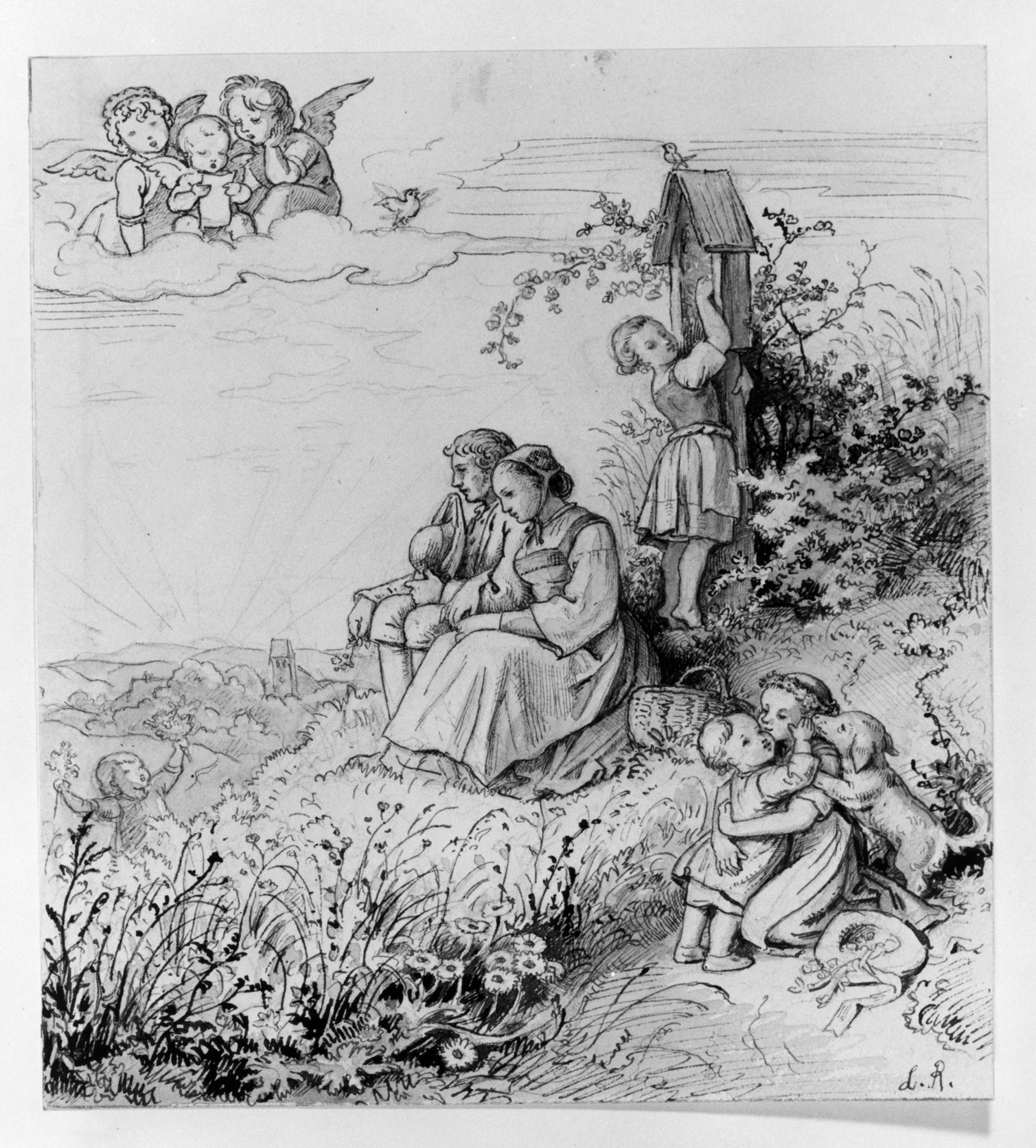 Richter won international acclaim for his lighthearted, fanciful views of family life. Because of their naïve qualities, his illustrations were particularly admired by late 19th-century artists, including the English painter, Sir Edward Burne-Jones.