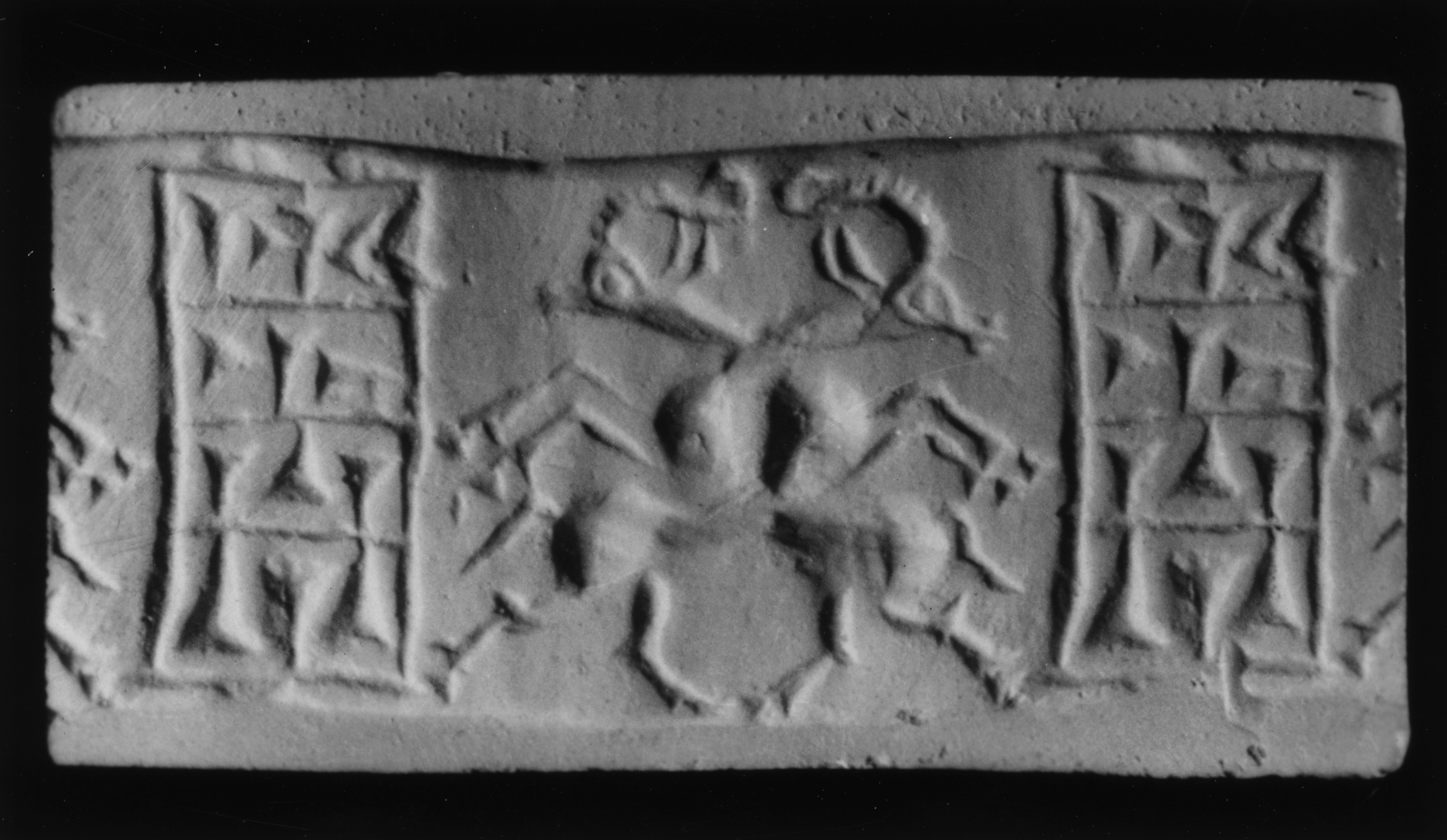 Cylinder Seal with Intertwined Goats and an Inscription

This cylinder seal depicts two horned and rearing goats with their necks intertwined. Registers of cuneiform text are incorporated into the design.