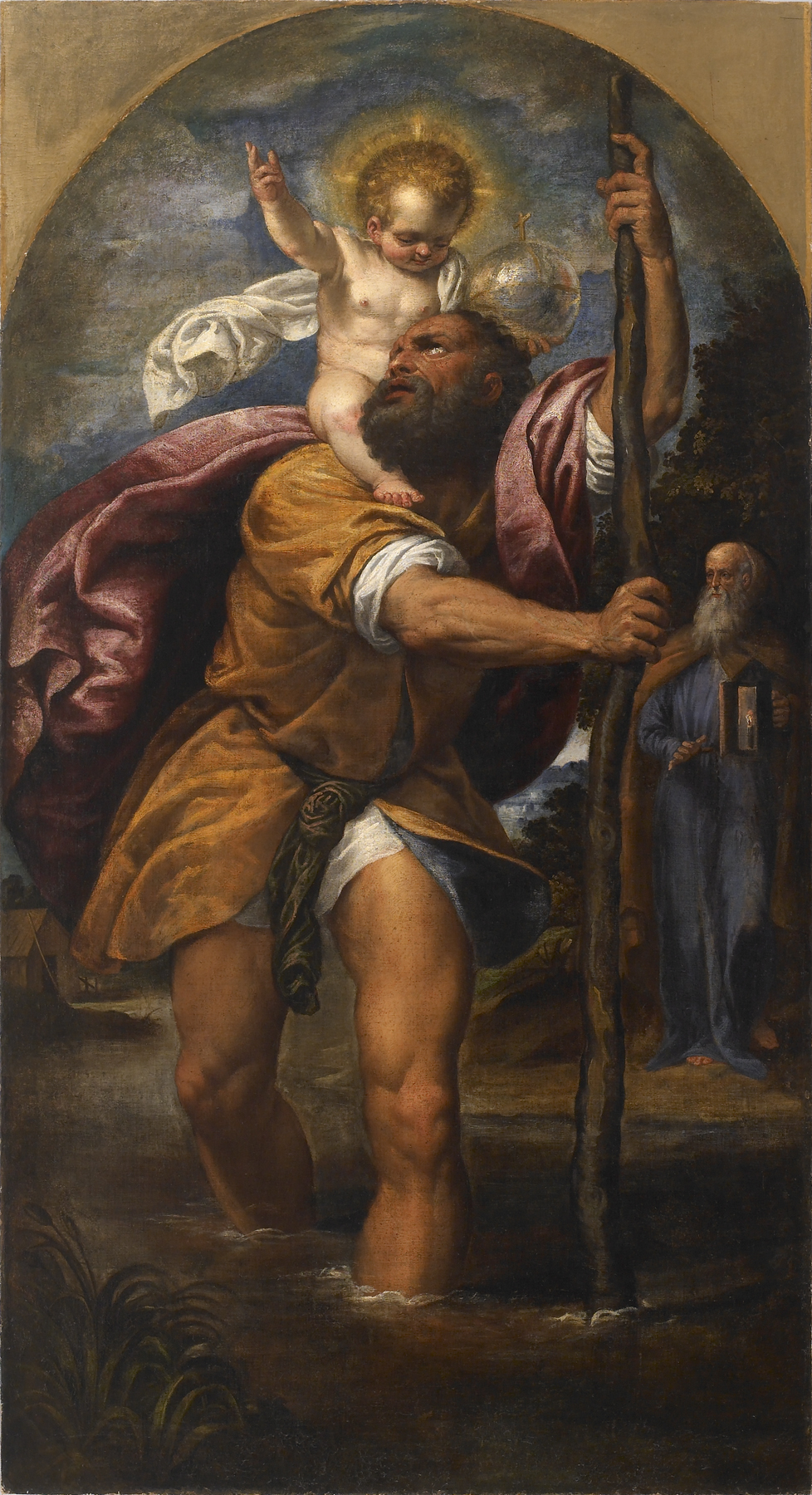 St. Christopher and the Christ Child

According to Christian legend, a giant helped travelers ford a river. He was surprised one evening when a little child appeared, asking to be transported to the opposite side of the river. The giant was perplexed by the tremendous weight of this small child, expressed here in his strained leg muscles. The child explained that he was carrying the sins of the world on his shoulders (hence the globe that the child holds in his left hand). Here the giant responds with ecstatic pleasure to learning that his passager is Christ. The giant became known as Christopher, which means "Christ-bearer."