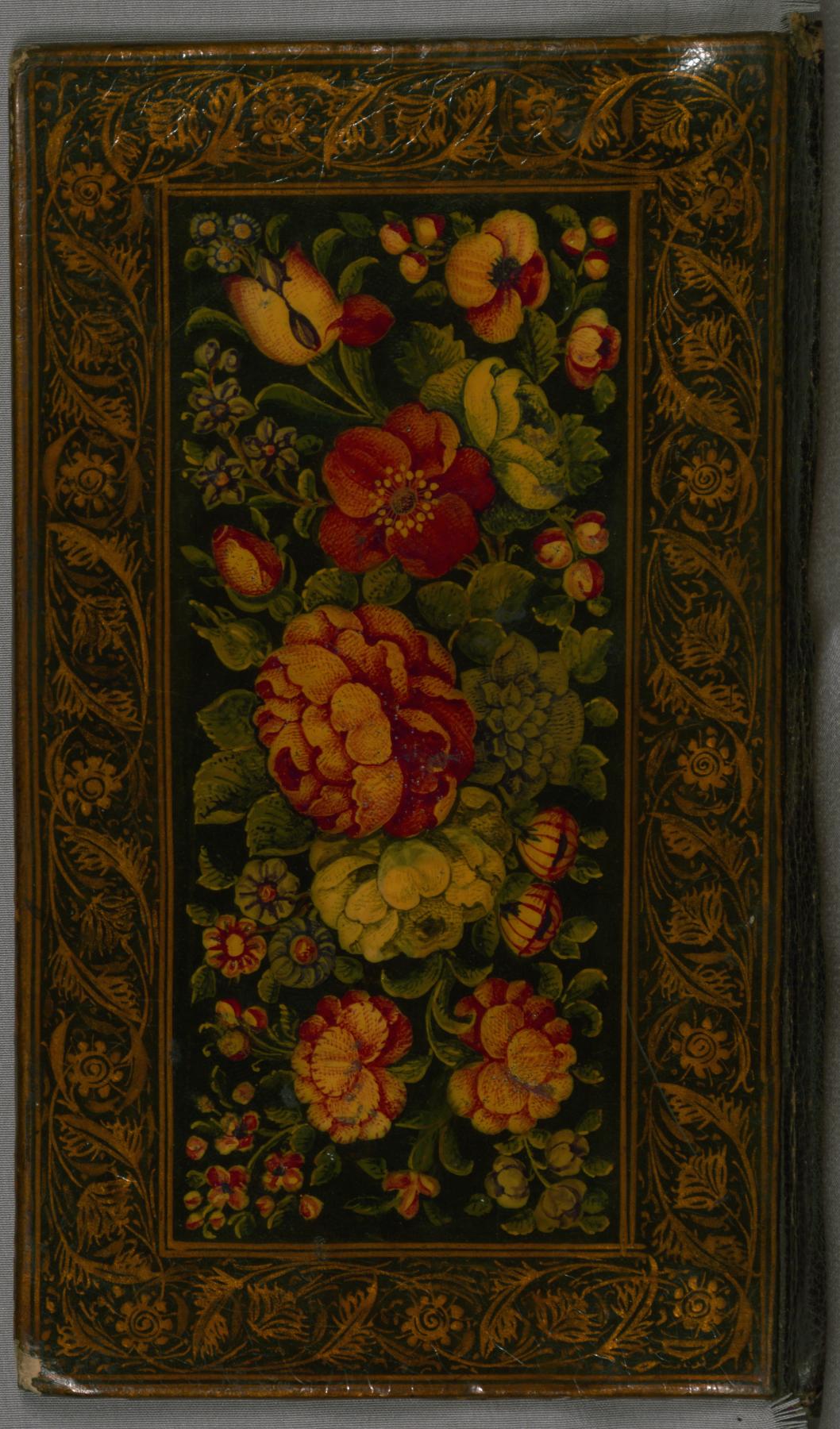 Walters manuscript W.637 is an illustrated and illuminated copy of the collection of poems (divan) by Shams al-Din Muhammad Hafiz al-Shirazi (active 8th century AH/AD 14th), produced in India, possibly Kashmir, in the 13th century AH/AD 19th. It opens with an illuminated headpiece with the doxological formula (basmalah) (fol. 1b); there are 20 illustrations. The lacquer binding with central floral design is contemporary with the manuscript.