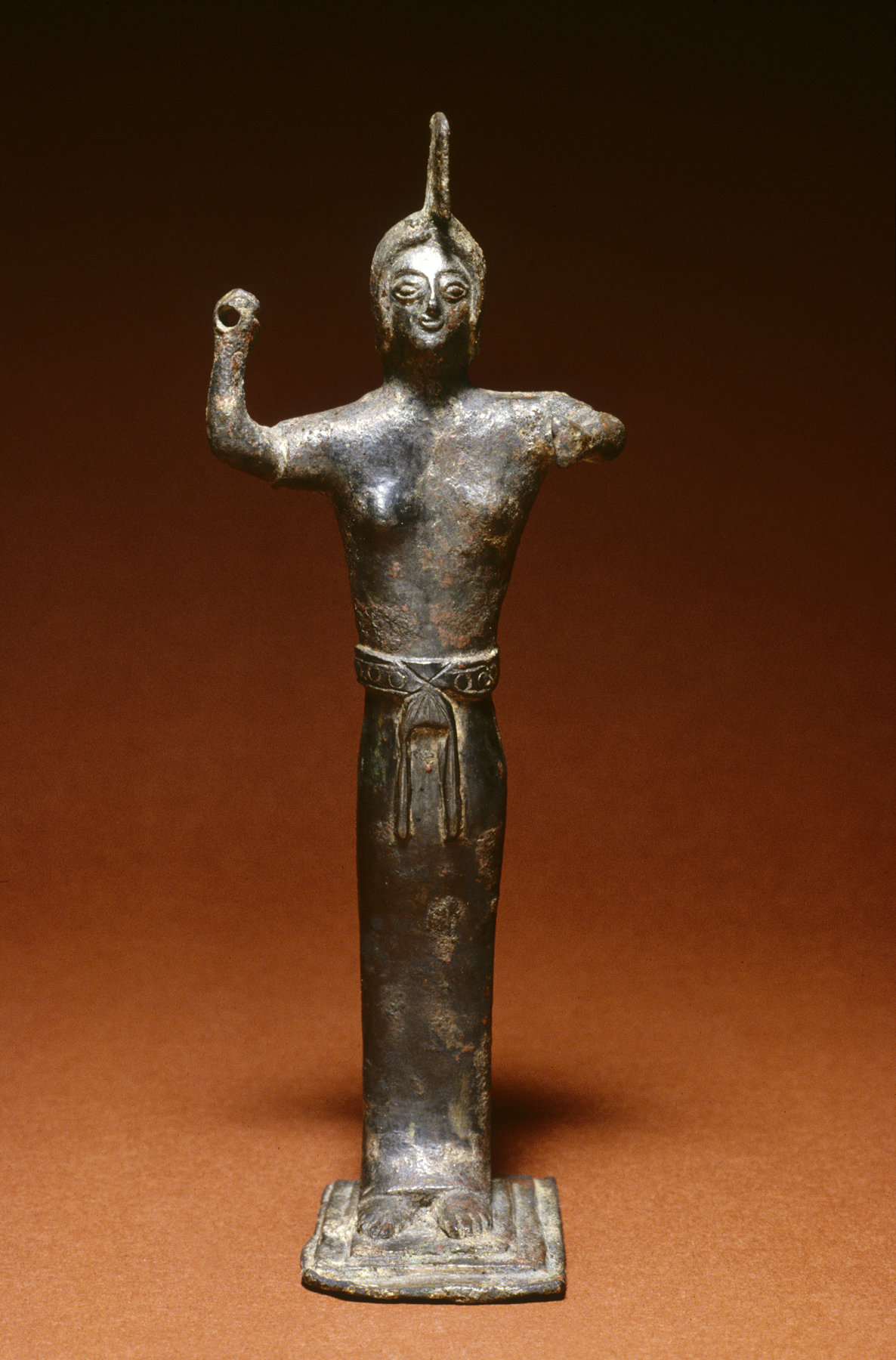 This type of statuette is known as the "Palladion" Athena, after a famous statue of the goddess at Troy, which, according to tradition, was stolen by the Greeks when they captured the city in the 13th century BC. Images of the "Palladion" are characterized by flat, simply modeled surfaces and a stiff, forward-facing pose. These figures are meant to depict a powerful early cult image, instead of a lively, active goddess.