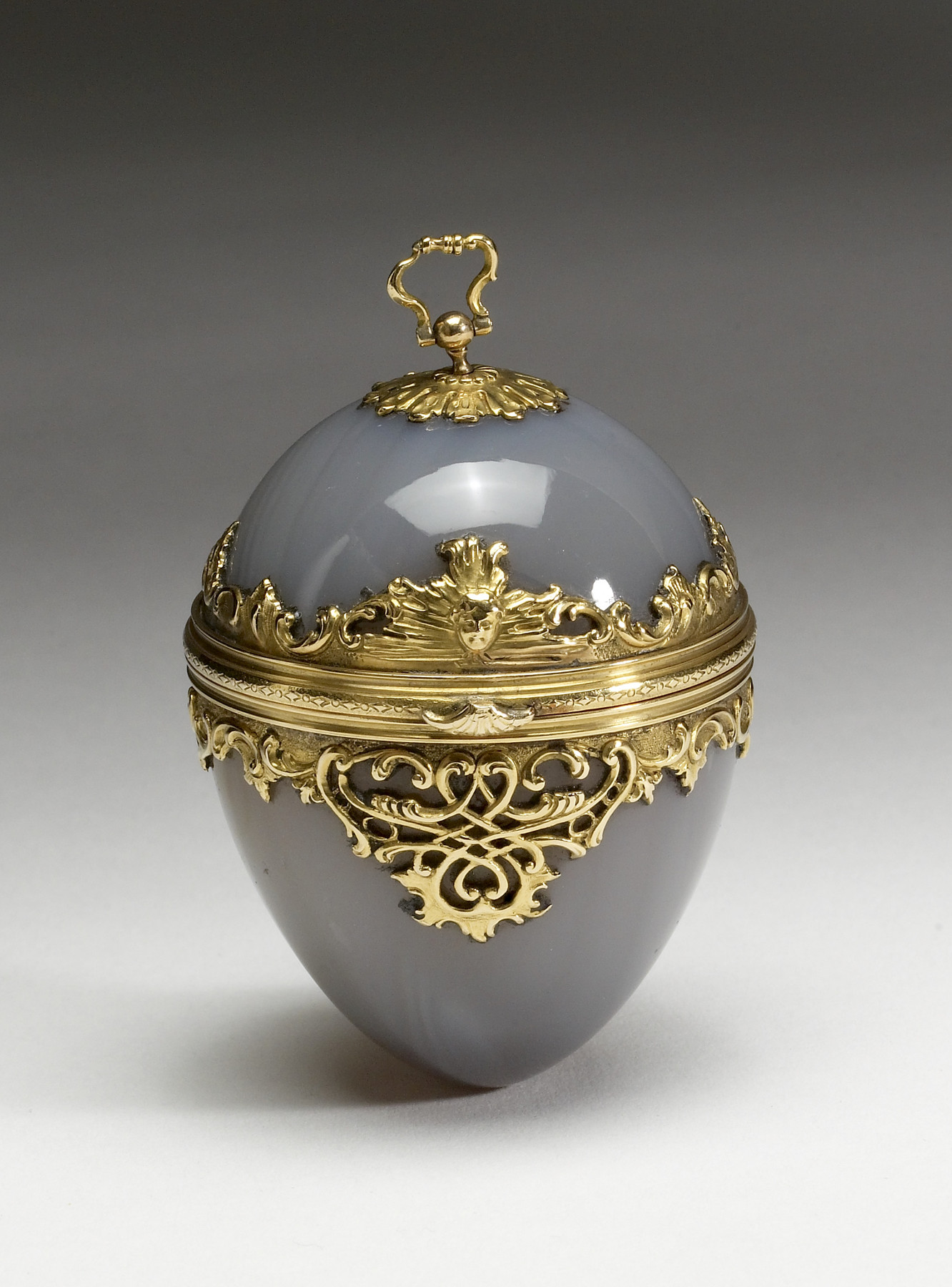 Alongside snuffboxes, a woman in the 18th century might also have owned and used a variety of small containers such as an étui [needle case], nécessaire [case for small useful objects], vinaigrette [perfume container], or bonbonnière [candy box]. With all these objects function or practicality was not the first consideration, but rather the opportunity to show case fine craftsmanship and luxury materials, which would emphasis the taste and refinement of the owner.