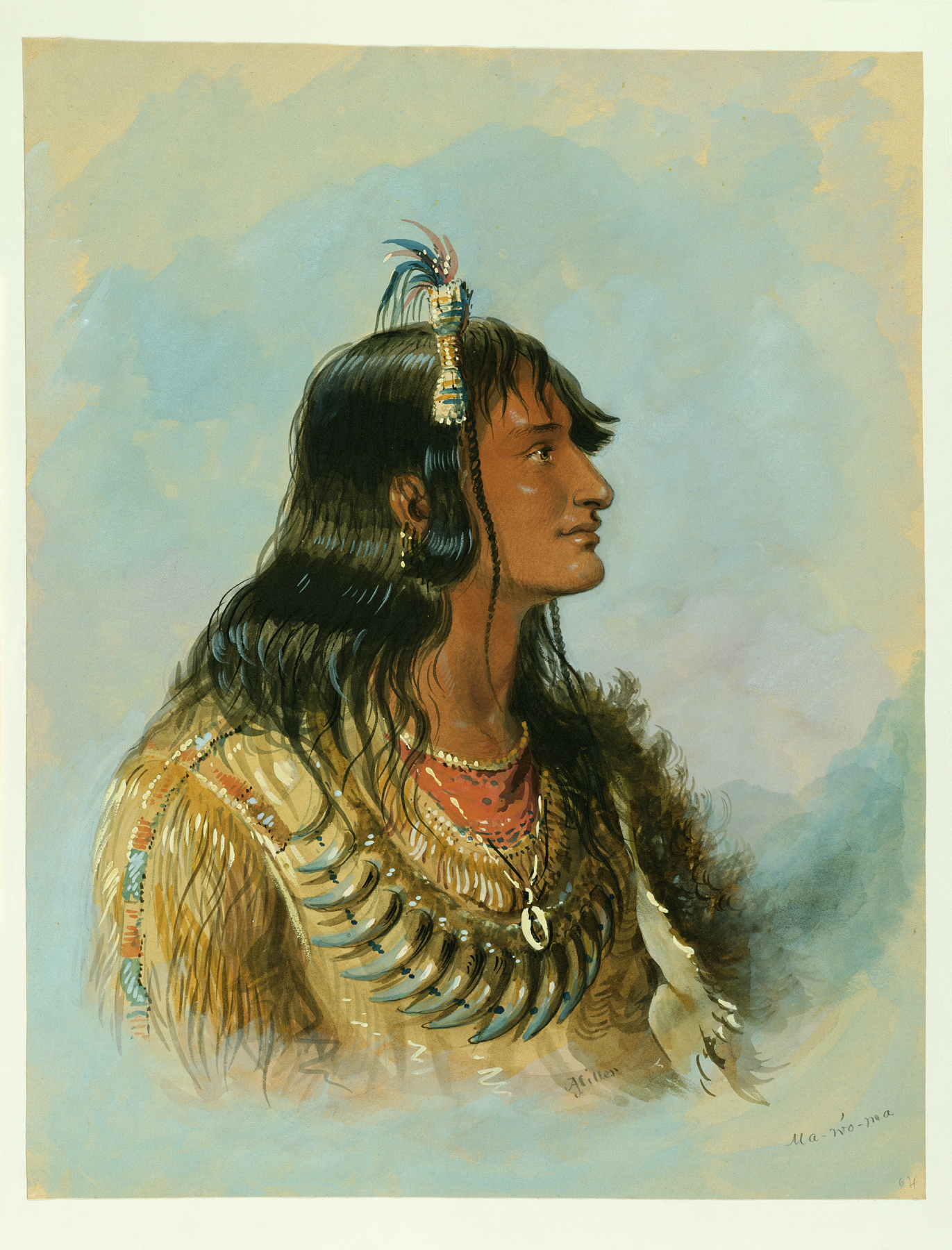 Ma-wo-ma, whose name was somewhat misleading because it translates "Little Chief," was leader of the approximately three thousand Snake Indians, many of whom came to the rendezvous. He was "decidedly in every sense superior to any Indian that we had met," Miller declared. "He was a man of high principle, in whom you could place confidence."

Miller and Ma-wo-ma were both artists, neither terribly appreciative of the other's work: "I noticed that all four of the legs of the horses were on one side," Miller observed of one of Ma-wo-ma's paintings. "This arose from a want of knowledge of perspective. He also colored them with the stick end of a brush instead of the hair end,- not probably having seen before an article of this kind... A running commentaary was kept up while he proceeded with the drawing. There was a little more of the 'ego' than good taste might have dictated but it sat with exceeding grace on our excellent friend Ma-Wo-Ma. And the interpreter so far from softening no doubt exaggerated- as such gentry are wont to do." Ma-wo-ma criticized Miller's work for being too much like the "vulgar and familiar species of art" that he could see in his "looking glass."