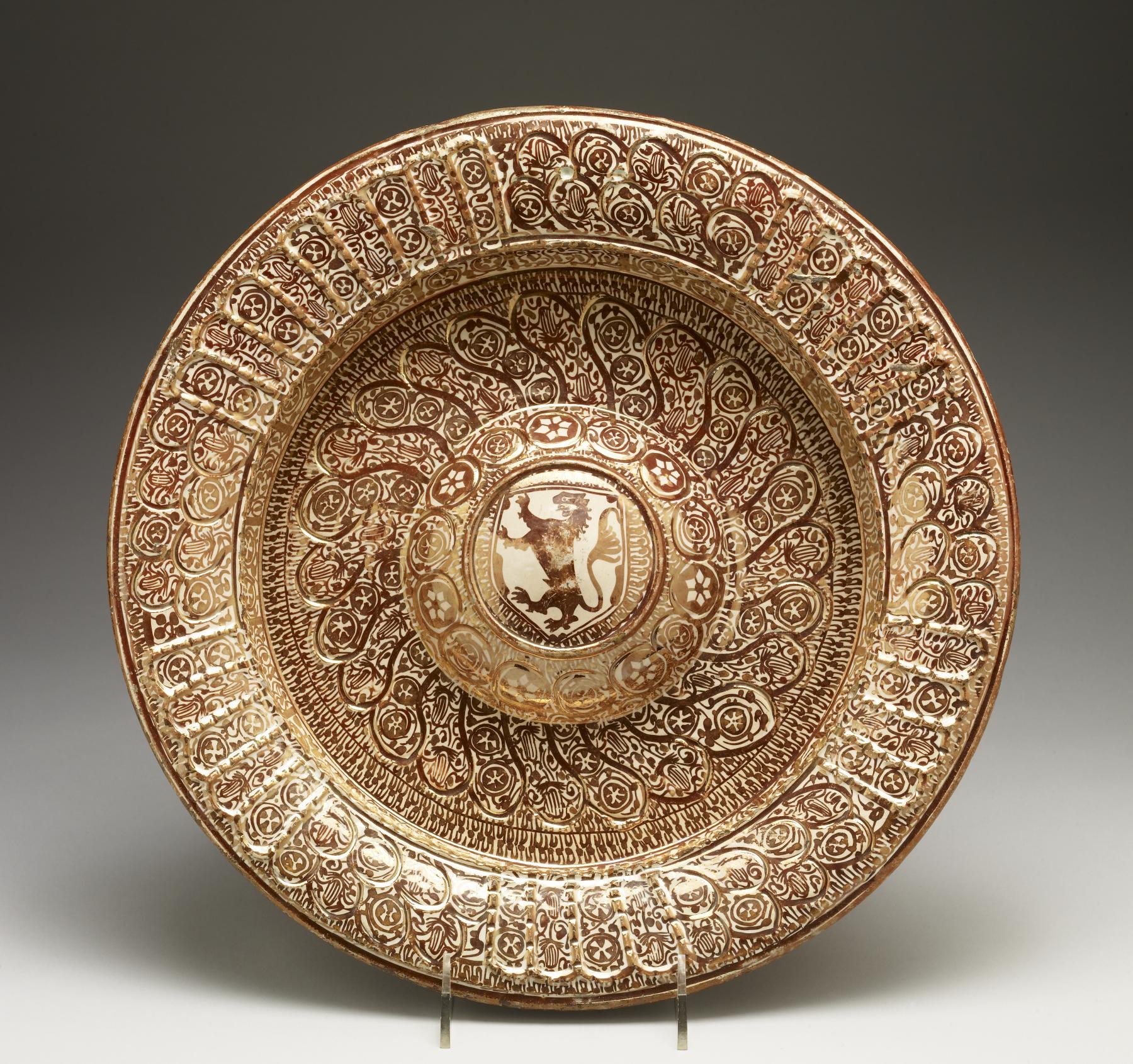 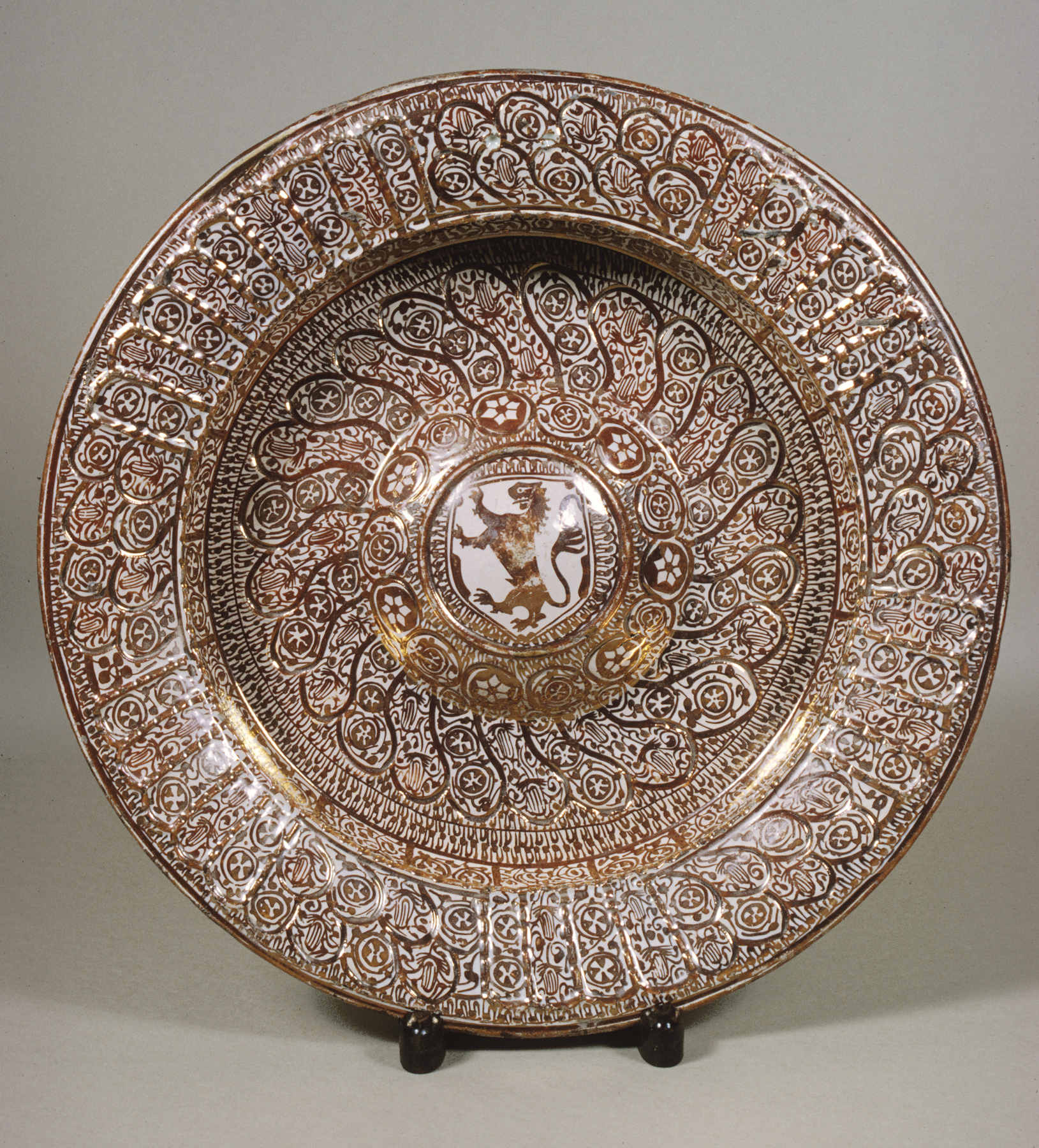 The lion in the center of this basin may be derived from the coat of arms of the kingdom of León in north-central Spain. Valencian potters produced Hispano-Moresque plates with heraldic devices for export to other parts of Spain as well as to Italy and France. A ewer, or pitcher, would originally have been placed in the basin. Together they would have been used for washing one's hands.