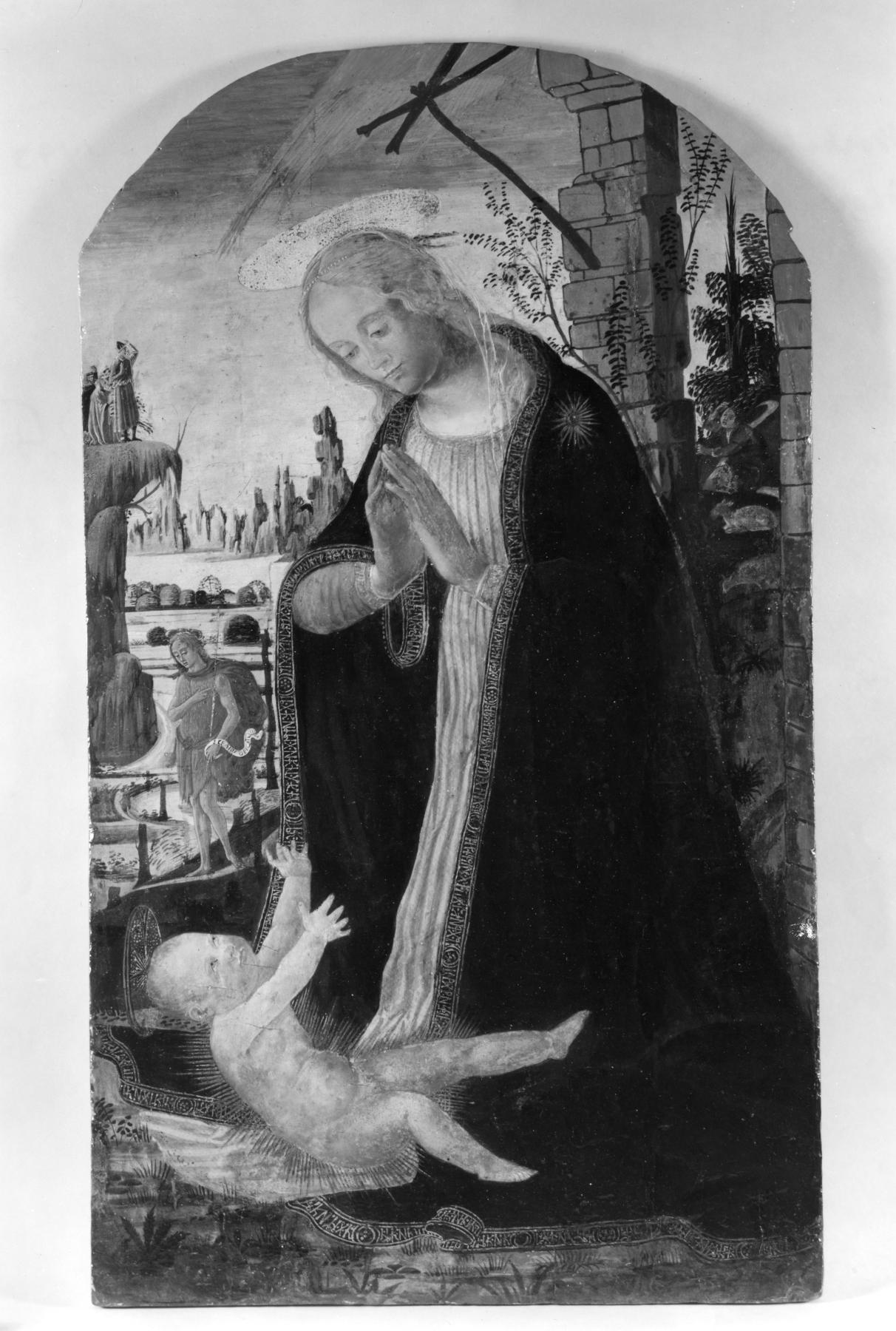 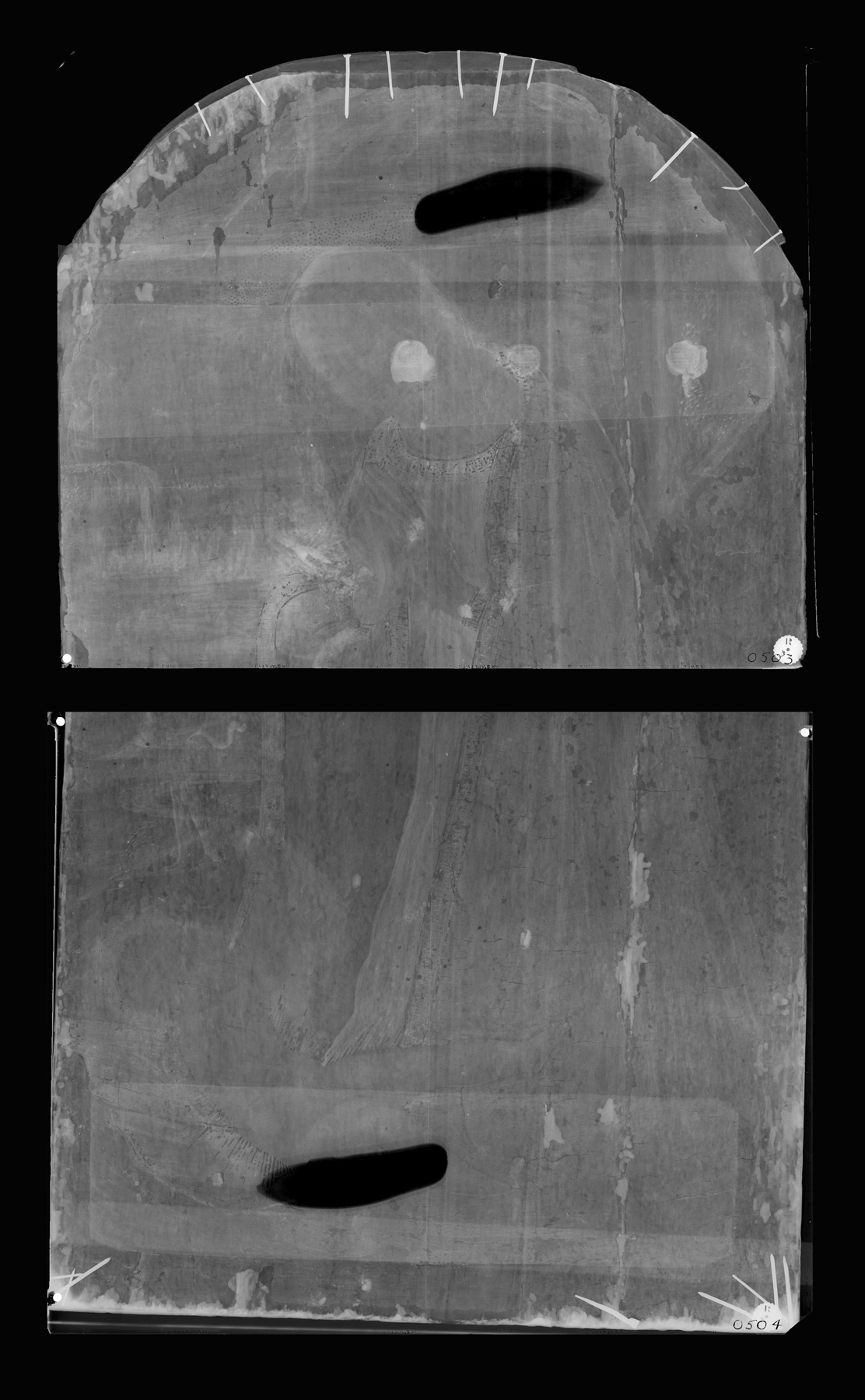 Beneath a simple stone stable with a thatched roof, the Madonna kneels in prayer before the newborn Christ Child who reaches toward her as if asking to be held. The placement of the Child on the ground where he is surrounded by rays of divine light is a detail inspired by a miraculous vision of the Nativity experienced in 1372 by Saint Bridget of Sweden. Bridget’s account of her vision was published in 1377, and by 1400 it had become a popular source of inspiration for artists depicting the Nativity. Behind the figures is an extensive landscape with the adolescent John the Baptist, patron saint of Florence, and the three wise men from the East who, as described in the New Testament, were led by a shining star to the newborn Christ. One of several versions of the subject made in the prolific workshop of the Florentine painter Jacopo del Sellaio (see also Walters 37.754), the painting would have served a private devotional function in a domestic interior.

[Transcription] On the scroll held by St. John the Baptist: ECE ANI DEI QITOLLI (i.e. ECCE AGNUS DEI QUI TOLLIT PECCATA MUNDI; Translation: Behold the Lamb of God who takes away the sins of the world)