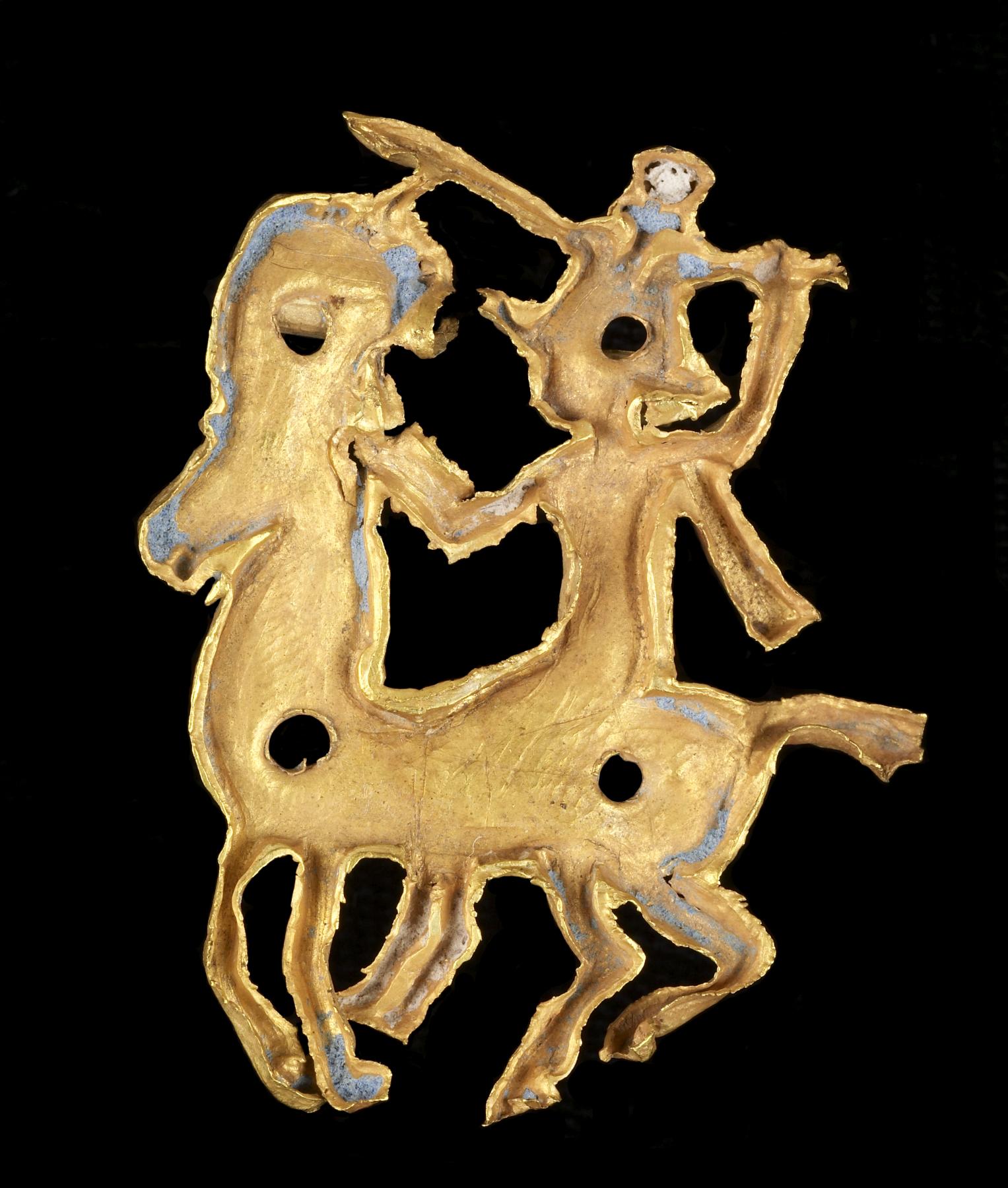 Pendant Frame of Goddess on Horseback

Only the base plate and frame of this pendant survive. Traces of white and light-blue inlays provide clues to its original appearance. The figure represents the Near Eastern goddess of war and love, known as Ishtar in Mesopotamia and Astarte in Syria and Egypt. The goddess wears an Egyptian crown and brandishes a spear above her head. She appears on a horse, which had only recently begun to be used in warfare.