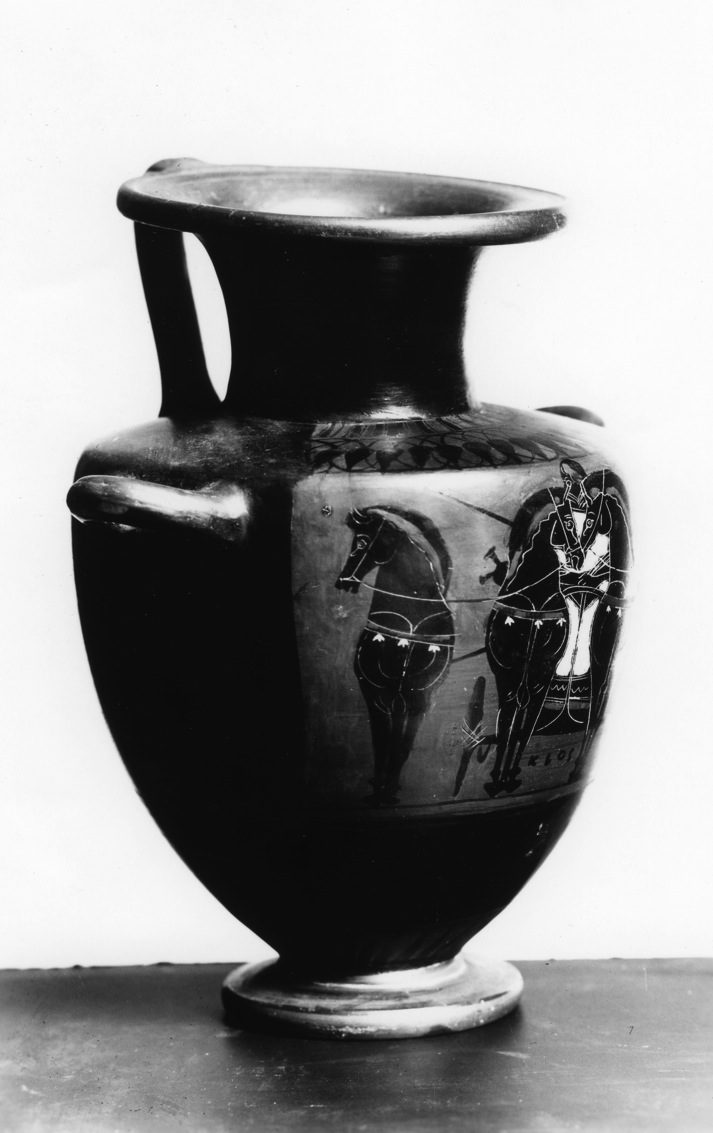 Hydria with a Quadriga

A hydria is a water jug with three handles, two horizontal ones to carry the vessel and a third vertical handle to easily pour out the contents. The main scene depicts a four-horse chariot, or quadriga, and its charioteer from a frontal view. Below the chariot is the word "kalos." The adjective encompasses meanings equivalent to English "good," "noble," and "handsome," and appear frequently on vases, often associated with a name. The term had an aristocratic connotation, which is visually represented here through the quadriga. 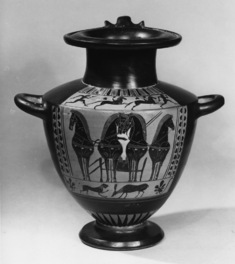 Hydria with a Quadriga