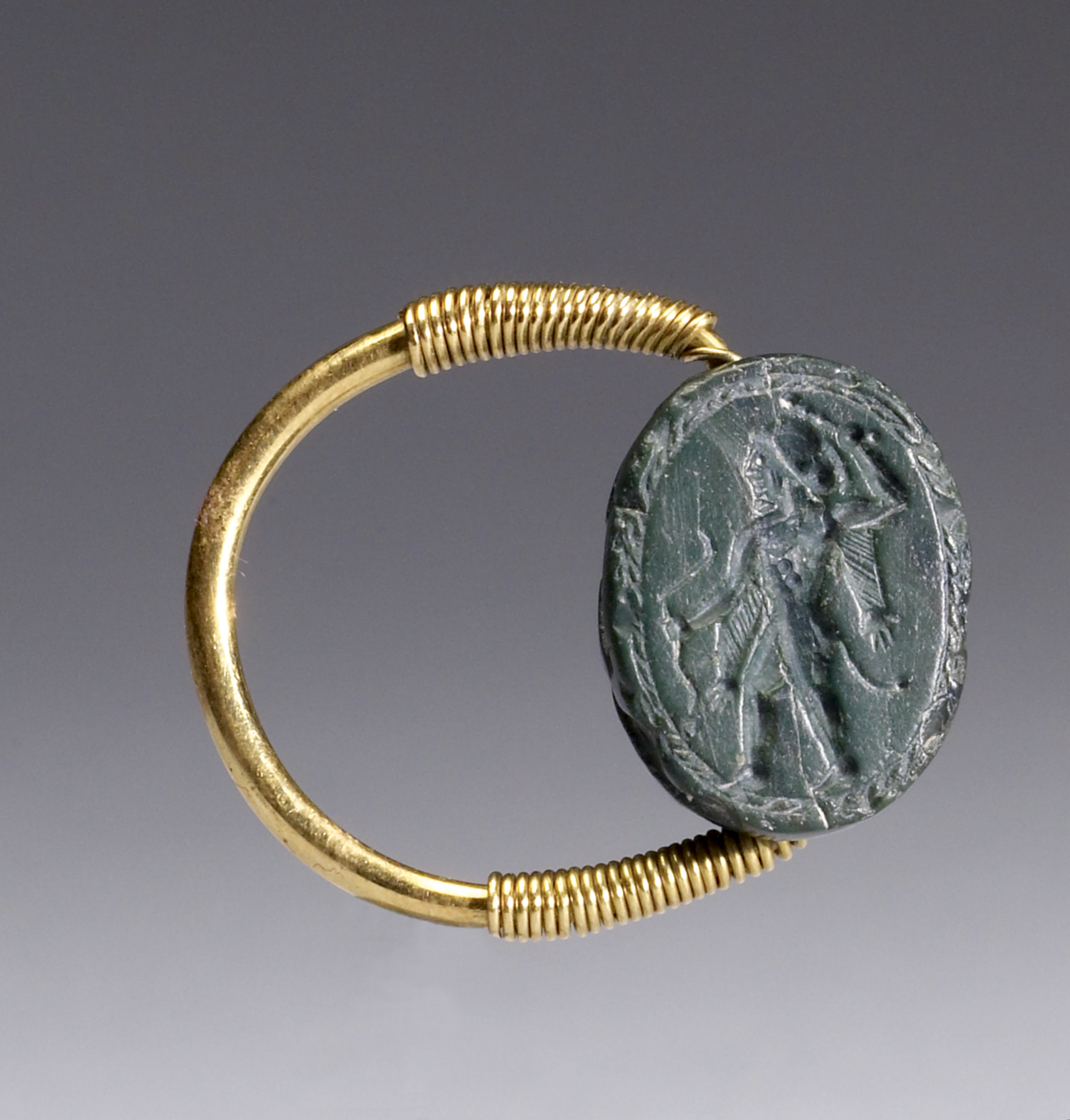 This scarab bears an image of the hero Herakles moving toward the left carved in intaglio. Herakles wears the skin of the Nemean lion pulled over his head. He holds a bow in his right hand and a club in his left, raised over his head and ready to strike. Gems were used as seals but also as jewelry and could reflect mythological figures as represented elsewhere in the arts, especially in sculpture.