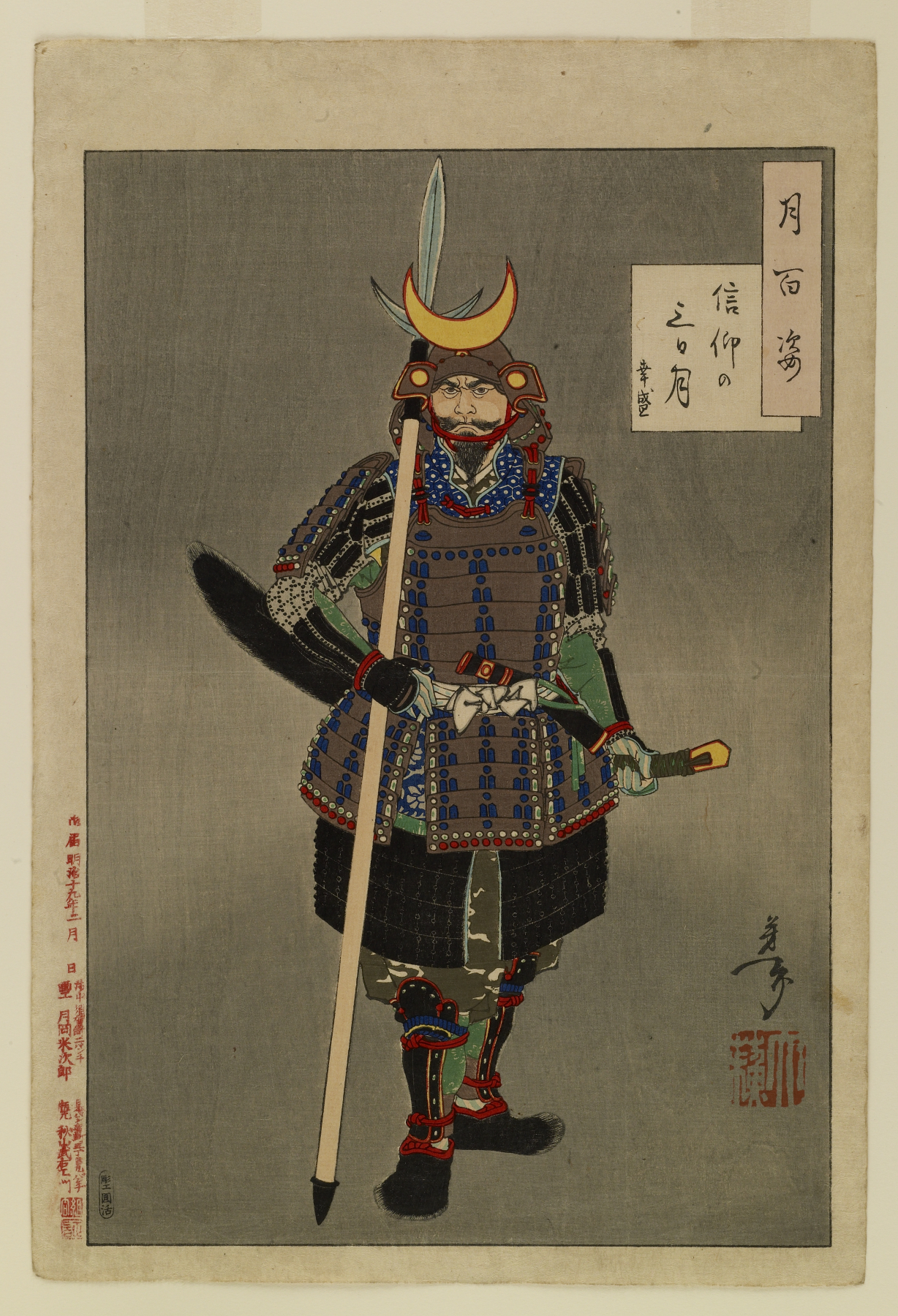 Yukimori (1543-76), a samurai known for his great strength and loyalty, served the Amako warlord during a time in Japanese history referred to as "Sengoku," or "the country at war." He wears a suit of armor called "tosei gusoku" ("modern equipment") that was designed in the 16th century to be worn by a foot soldier. Like many samurai, Yukimori never went into battle without his "rabbit's foot"-the crescent moon ornament he wore on his helmet as a token of good luck.