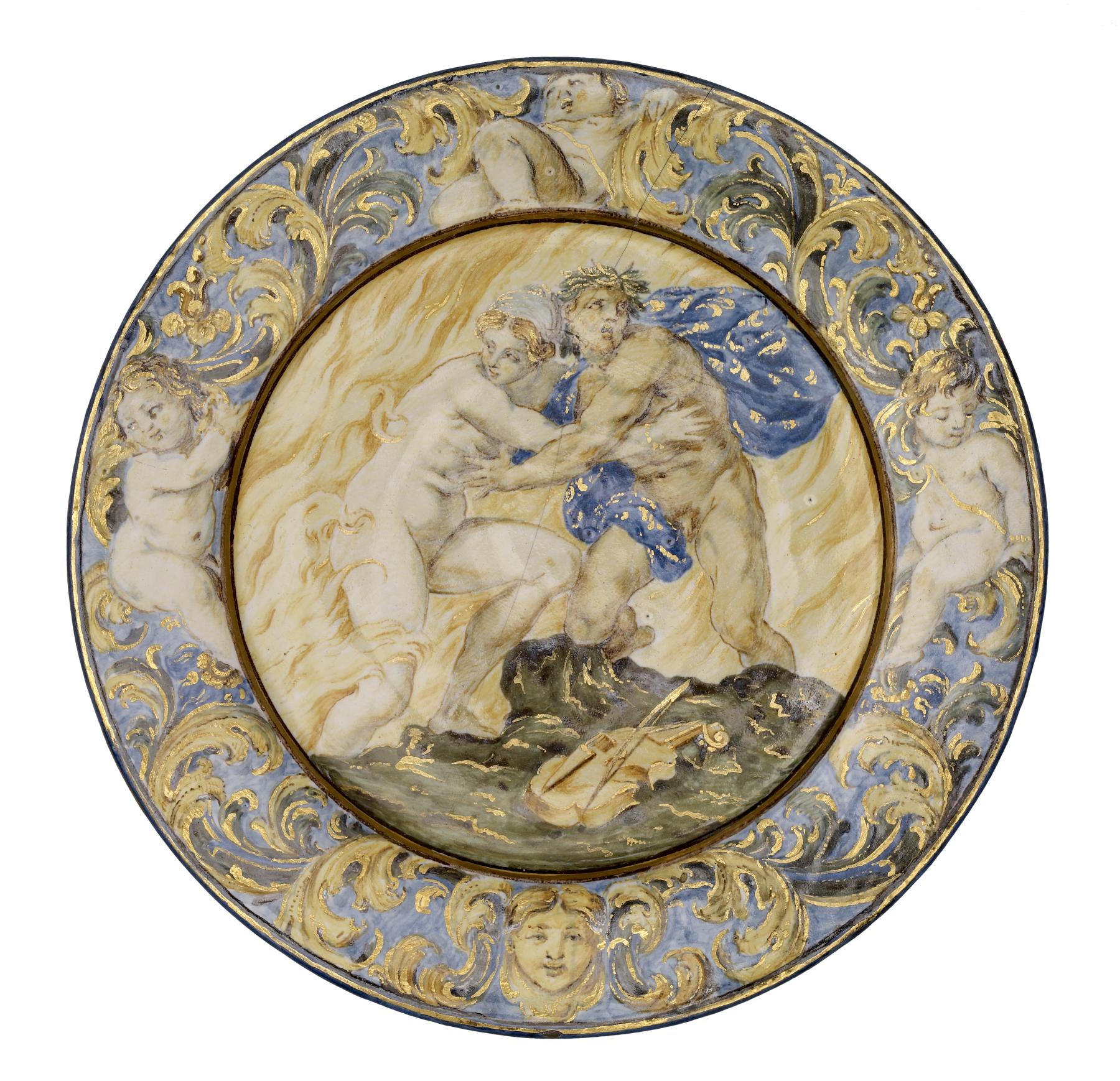 Plate with Orpheus and Eurydice

The god Orpheus and his mortal wife Eurydice are depicted at the terrible moment that he loses her forever. Eurydice died from the bite of a poisonous snake and was taken to the underworld; however, her distraught husband Orpheus, being a god, was able to negotiate with Hades, god of the underworld and the dead, that he could lead Eurydice out of the underworld if he promised not to look at her until they reached the earth. Impatient amid the flames, Orpheus turns to look at her, and now she will disappear back to the land of the dead. This story originates from the works of the Latin poets, in particular Virgil (Georgics 4. 454-503), and Ovid (43 BCE-CE 17, Metamorphoses 10. 1-73). The outer ring is decorated with curling acanthus leaves, cupids, and one mask at the bottom against a blue ground.

Produced by the workshop of Carlo Antonio Grue—a prominent maiolica painter during the Baroque period—the composition rendered on this plate is based on a well-known engraving by Agostino Carracci (1557-1602) that was part of a group of fifteen mythological and biblical subjects known as the "Lascivie" because of their erotic content. Maiolica painters often adapted scenes from popular engravings to fit their wares, and the "Lascivie" were still circulating when this plate was made. Compared to the style used for narrative depictions on maiolica during the early sixteenth century (such as Walters 48.1741), the rendering of the imagery on this plate is looser and more painterly. The plate is painted in blue, grey-green, yellow, ochre, and manganese, and is heightened with gold. For the Grue family see 48.1755 and for other works by this artist and workshop, click on his name in the “creator” field; for more information on "maiolica," see 48.1336.