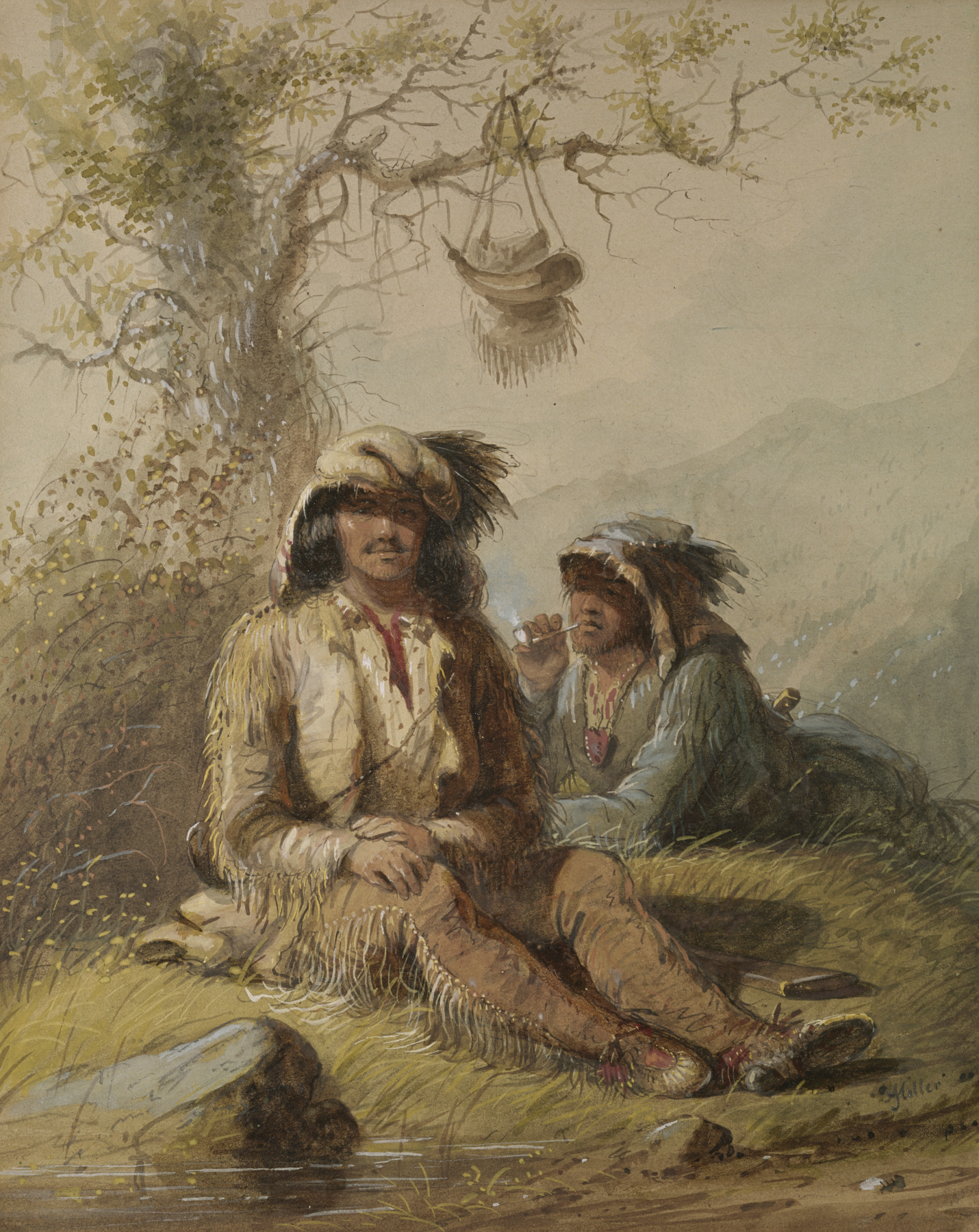 Miller was the only painter to portray during their heyday trappers, the men who "may be said to lead the van in the march of civilization,- from the Canadas in the North to California in the South;- from the Mississippi East to the Pacific West; every river and mountain stream, in all probability, have [sic] been at one time or another visited and inspected by them." Perhaps they numbered no more than a thousand, but their impact was incalculable.

Here Miller has pictured two of that company, one of them probably Black Harris.