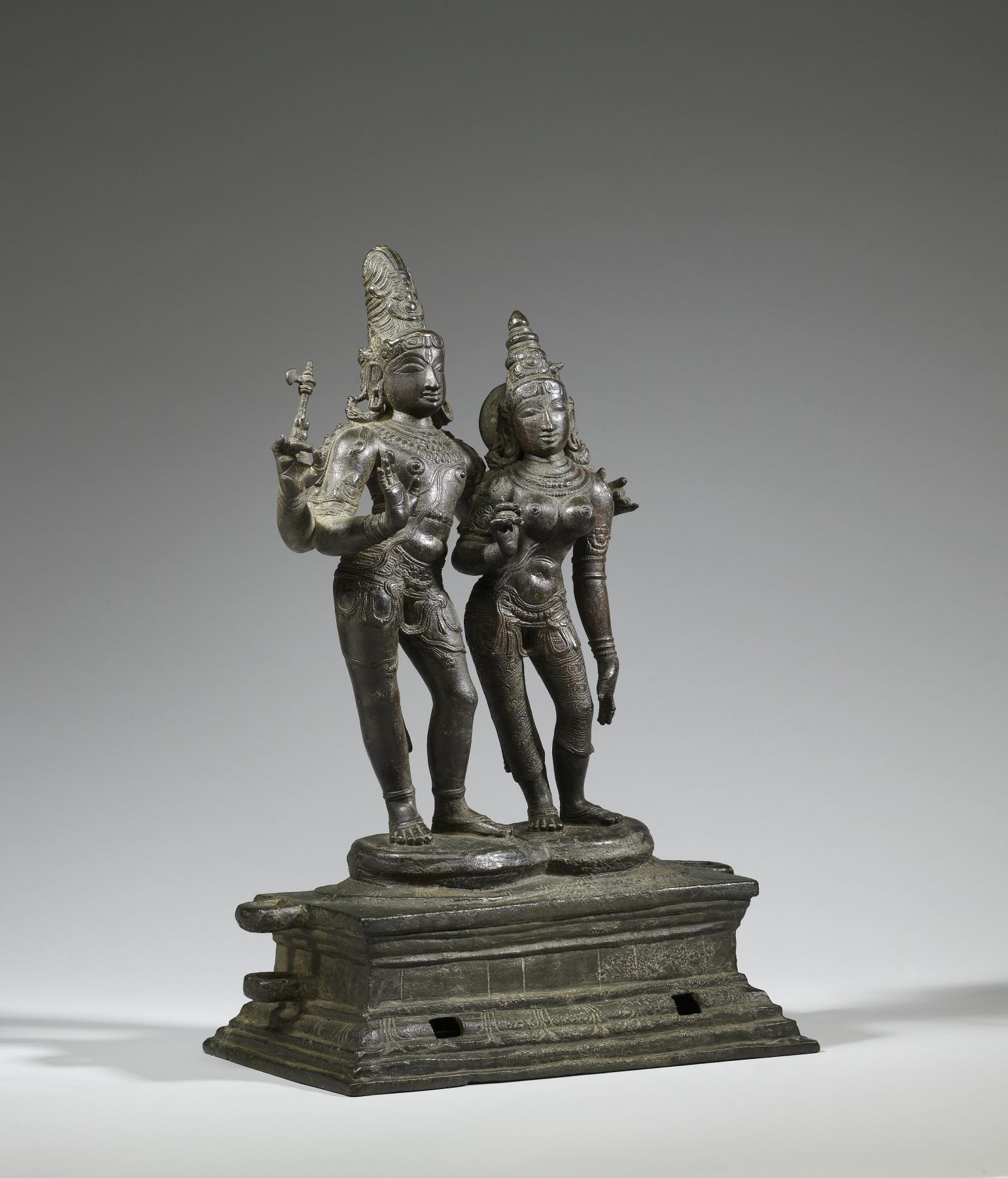 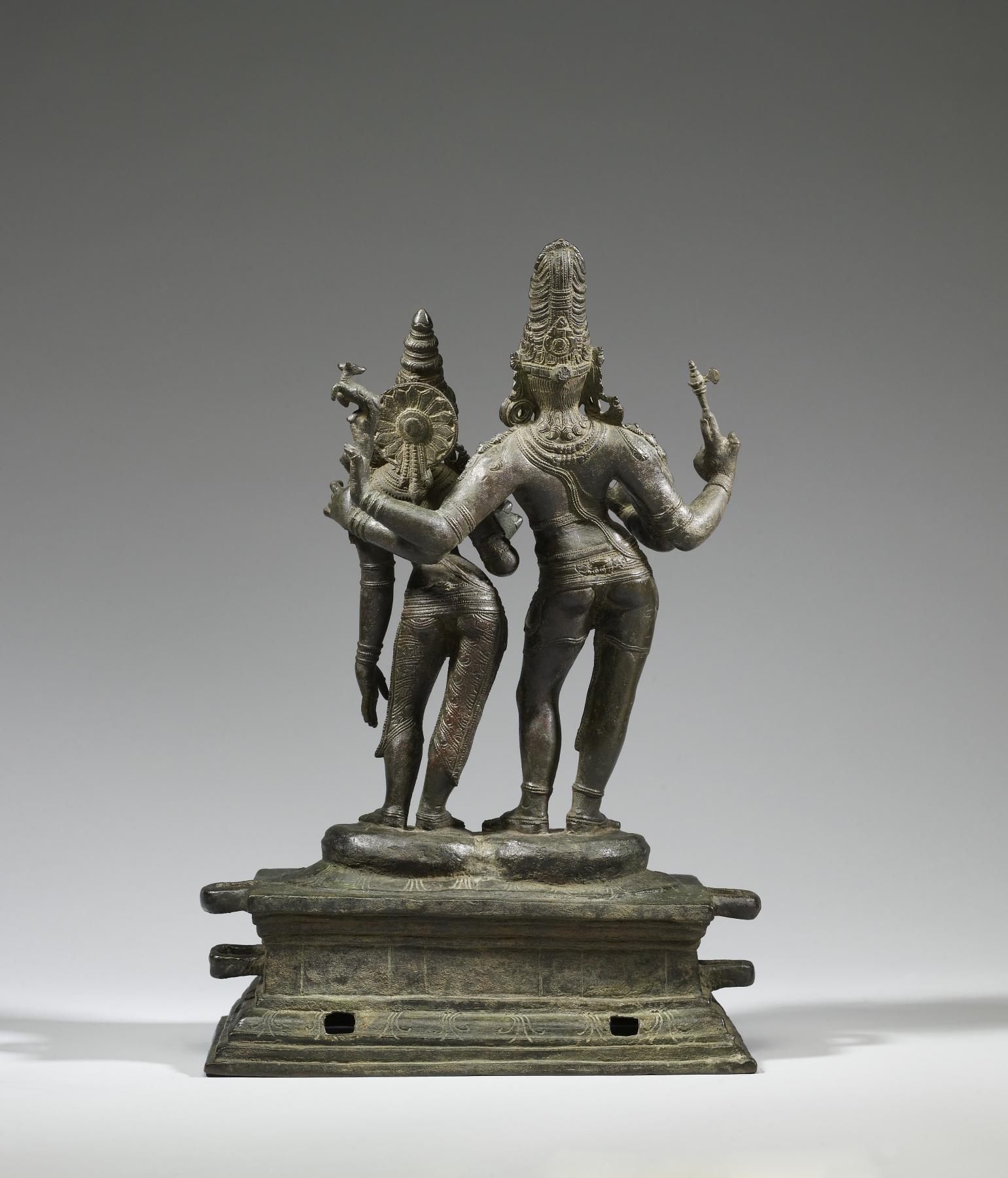 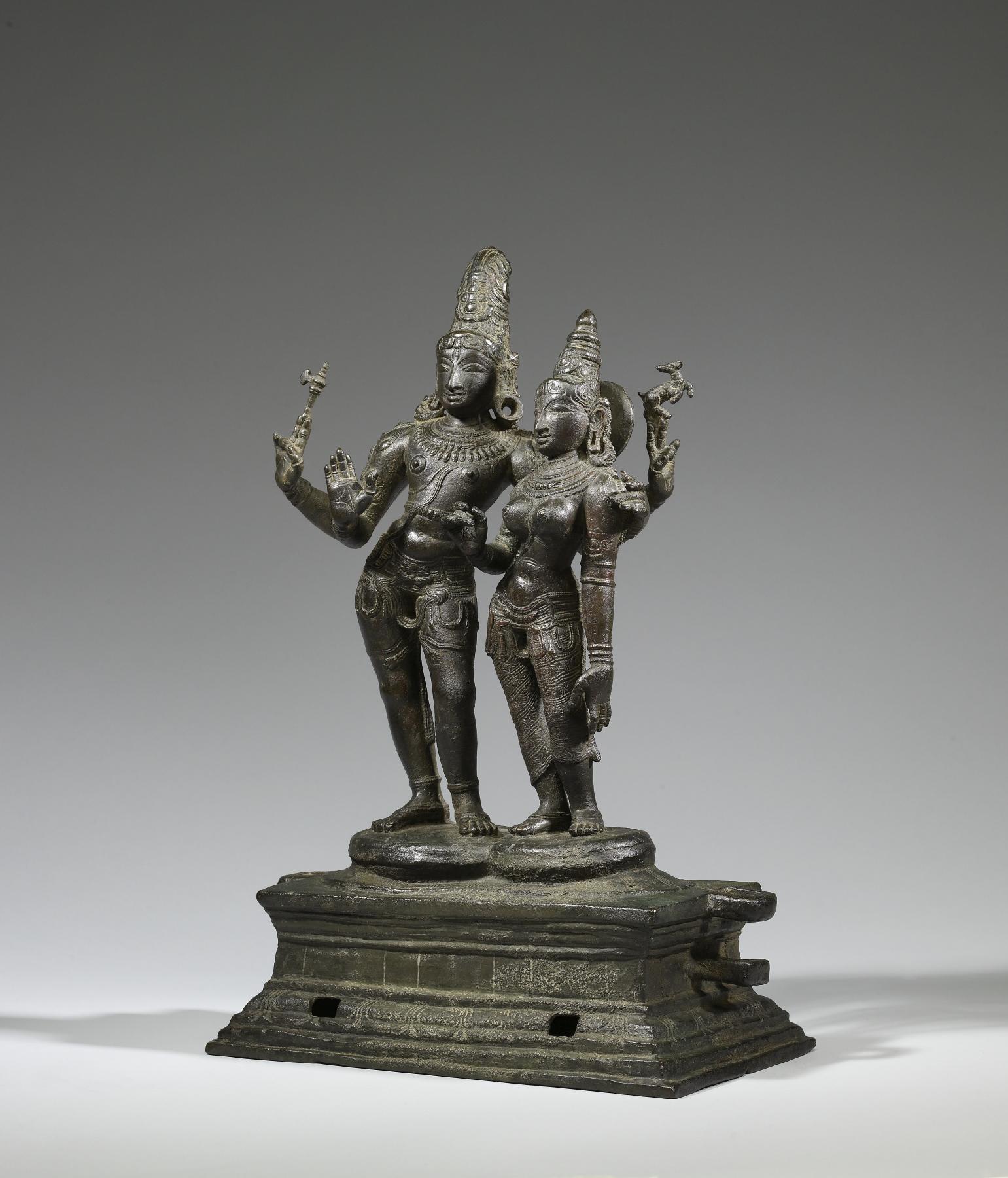 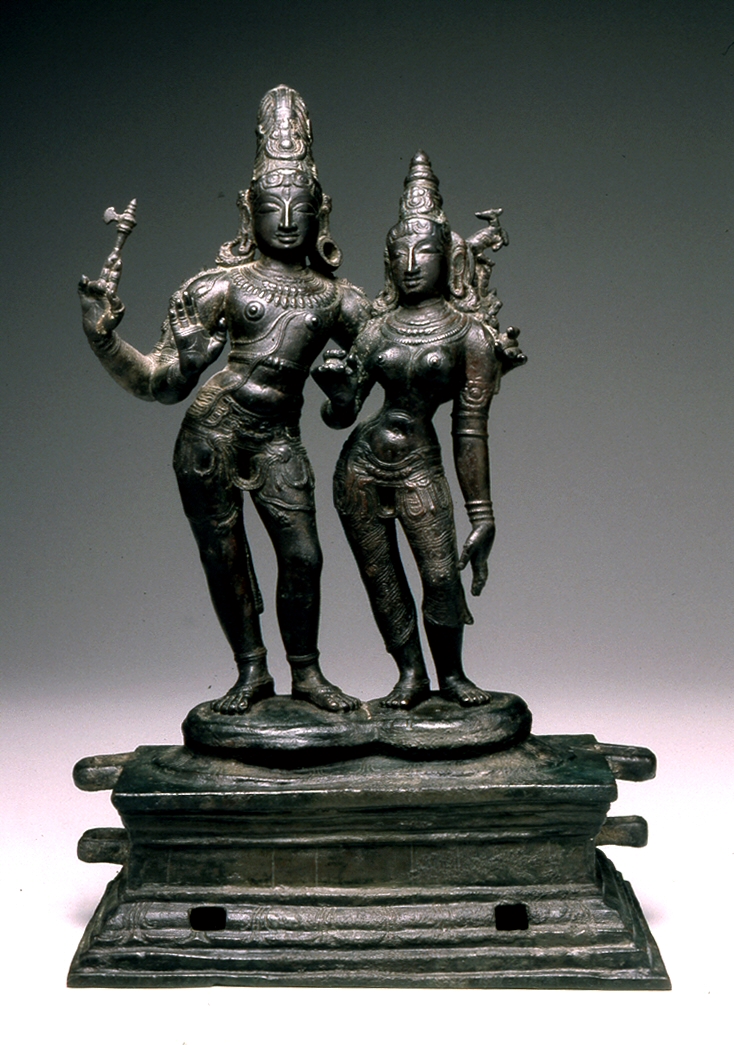 Shiva tenderly places an arm around his wife, the goddess Uma (also called Parvati), in a gesture that is familiarly human. Both rest their weight on one hip, their bodies complementing one another. Shiva’s front hand gestures in reassurance, while Uma’s would have held flowers offered by priests and devotees.

Depending on their wealth, temples might have dozens of processional sculptures in various forms to be paraded around for different occasions. This image of a loving couple would be suitable for celebrating a marriage ceremony. Like the bride and bridegroom, the sculpture itself would have been adorned with beautiful jewelry: necklaces, crowns, diadems, ear ornaments, and rings, donated by royalty, wealthy landowners, and merchants.

Widely admired today for their craftsmanship, this festival bronzes was produced in southern India, mostly in the state of Tamil Nadu, during the Chola dynasty (9th–13th century). The Chola kings and their people spoke Tamil; the language continues to be used in southern India. Part of a rich and still living tradition of casting solid metal sculpture in South India, this image was made using the lost-wax casting technique. First, a model of the final sculpture is created from a mixture of wax and resin. Every detail that is seen in the cast metal sculpture is captured in this wax-resin model. The model is then encapsulated in a mold, leaving an opening at its base. The mold is heated, which solidifies the mold material, while the wax within is melted and poured out. The mold is then inverted, metal is melted in a crucible, and the molten metal is poured into the void left by the melted wax. Once cooled, the mold is broken, revealing the cast metal sculpture.