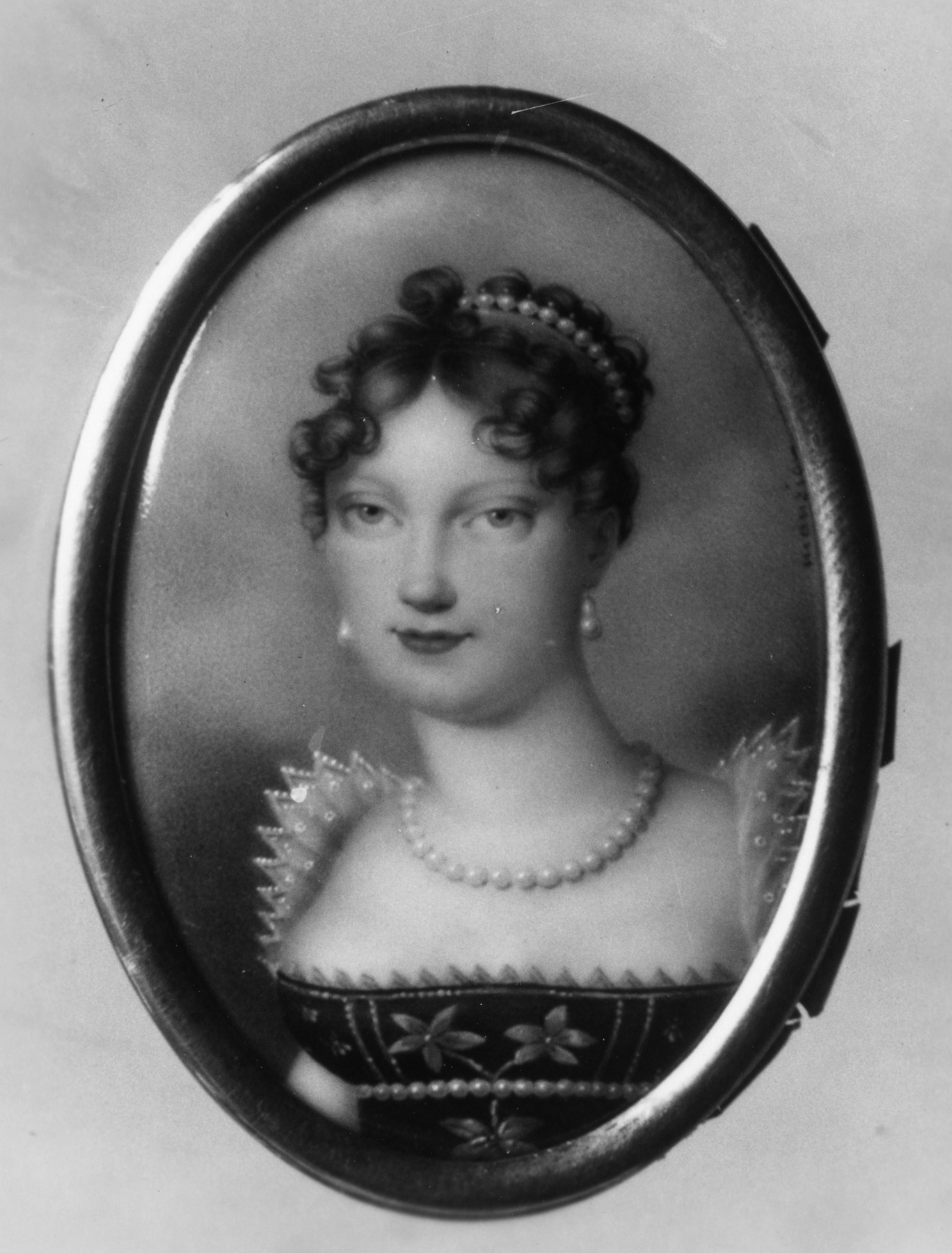 A French inscription on the back of this miniature identifies the subject as "Marie Louise, Archduchess of Austria, Empress of the French, and Queen of Italy, painted by L. Mansion, [i.e. André-Léon Larue] 2 October 1812." The daughter of Francis I, Emperor of Austria, Marie-Louise (1791-1847) became Napoleon's second wife in 1810, after he divorced Joséphine de Beauharnais, who could not bear him children. After Napoleon's death in 1821, Marie Louise remarried twice. Mansion, a pupil of Jean-Baptiste Isabey, painted miniatures in both Paris and London. The sitter wears a red velvet dress embroidered with flowers, edged with white lace, a pearl necklace and earrings, and a gold diadem set with pearls.