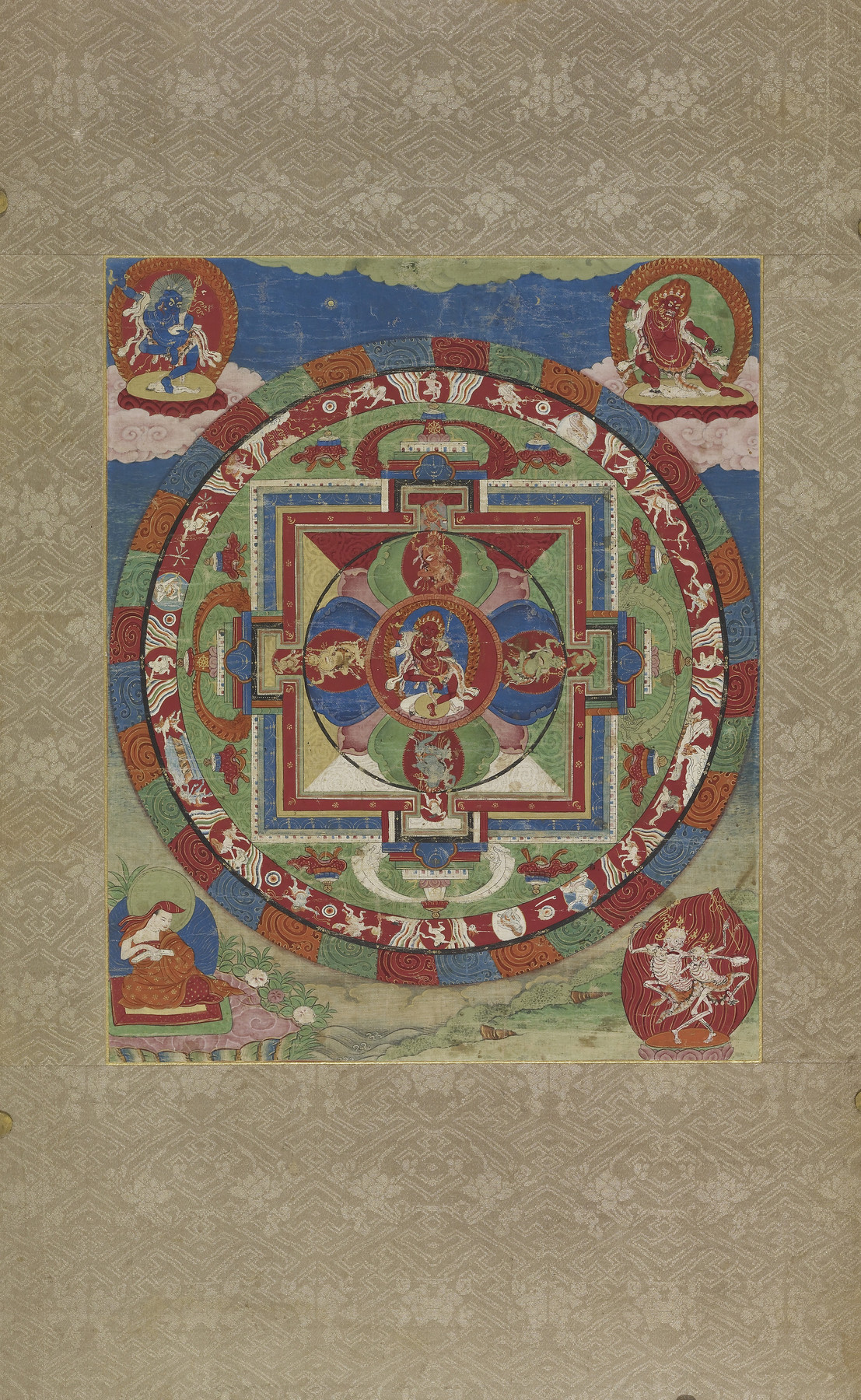 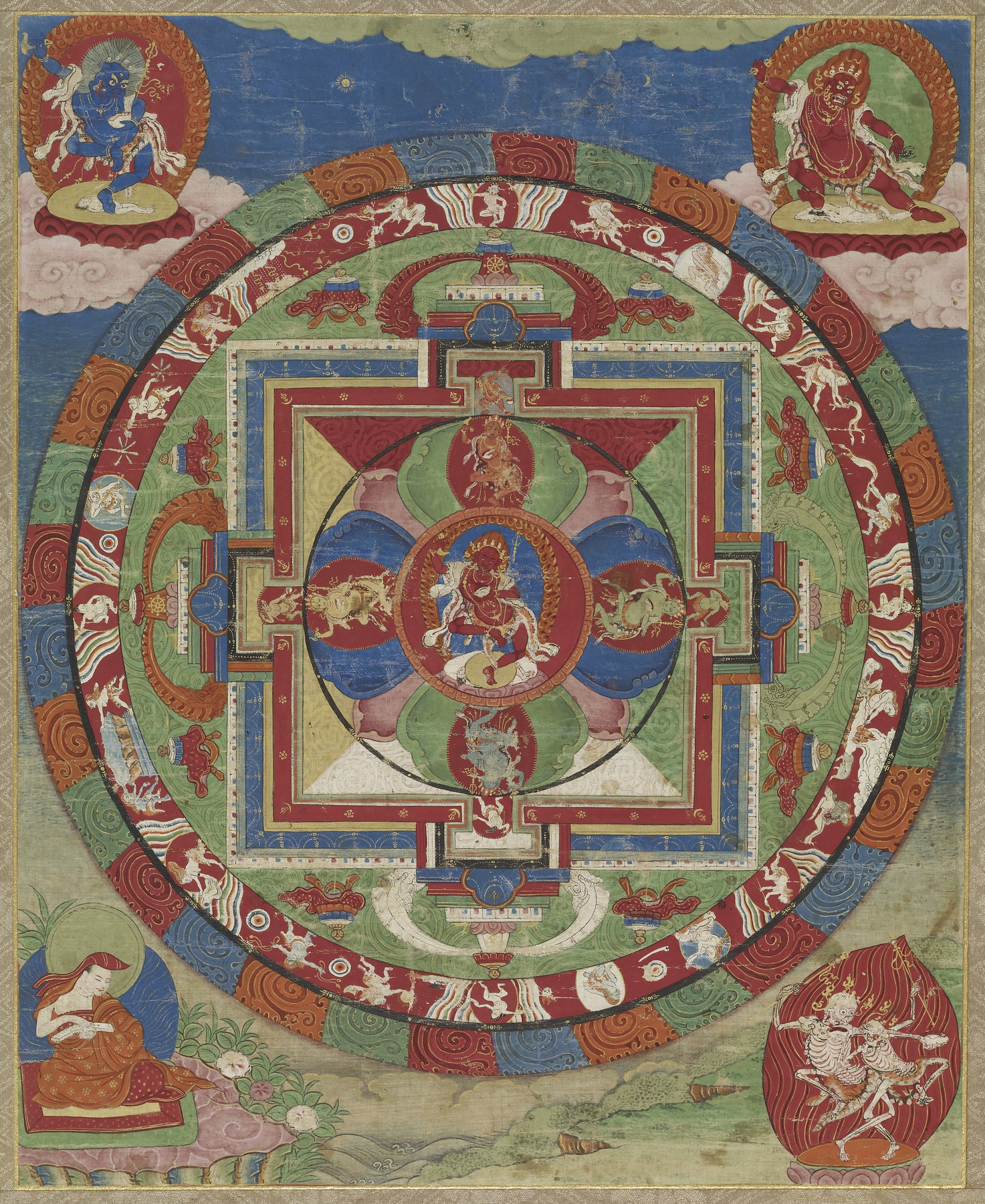 Mandala of a Goddess

A wrathful goddess wearing a crown of skulls and the flayed skins of a tiger and elephant dances at the center of this mandala, encircled by a flaming aureole. Possibly a form of the goddess Vajrayogini, in the universe depicted by the mandala—the cosmic realm over which a particular deity or Buddha presides—she reigns supreme. Surrounding her is an eight-petaled lotus, on which four goddesses face each of the cardinal directions. Immediately behind them are animal-faced guardian deities, standing sentry at each of the gates to the goddess’s palace, which is represented by the multilayered square framework enclosing the lotus. Concentric circles surrounding the realm of the palace depict the eight cremation grounds associated with the cardinal and intermediate directions—important sites of ritual and meditation, where figures engage in a range of activities—and flames of different colors representing the wisdom that burns away ignorance. In the landscape below, a learned monk sitting on a rocky outcrop reads a manuscript, and a pair of dancing skeletal chitipati call to mind the cremation grounds over which they rule. In the sky above, clouds support the lotus pedestals of the dark blue lion-faced goddess Simhavaktra and a red wrathful god, possibly Vajradaka. The mandala of the goddess bridges the earthly and celestial realms, transcending both.