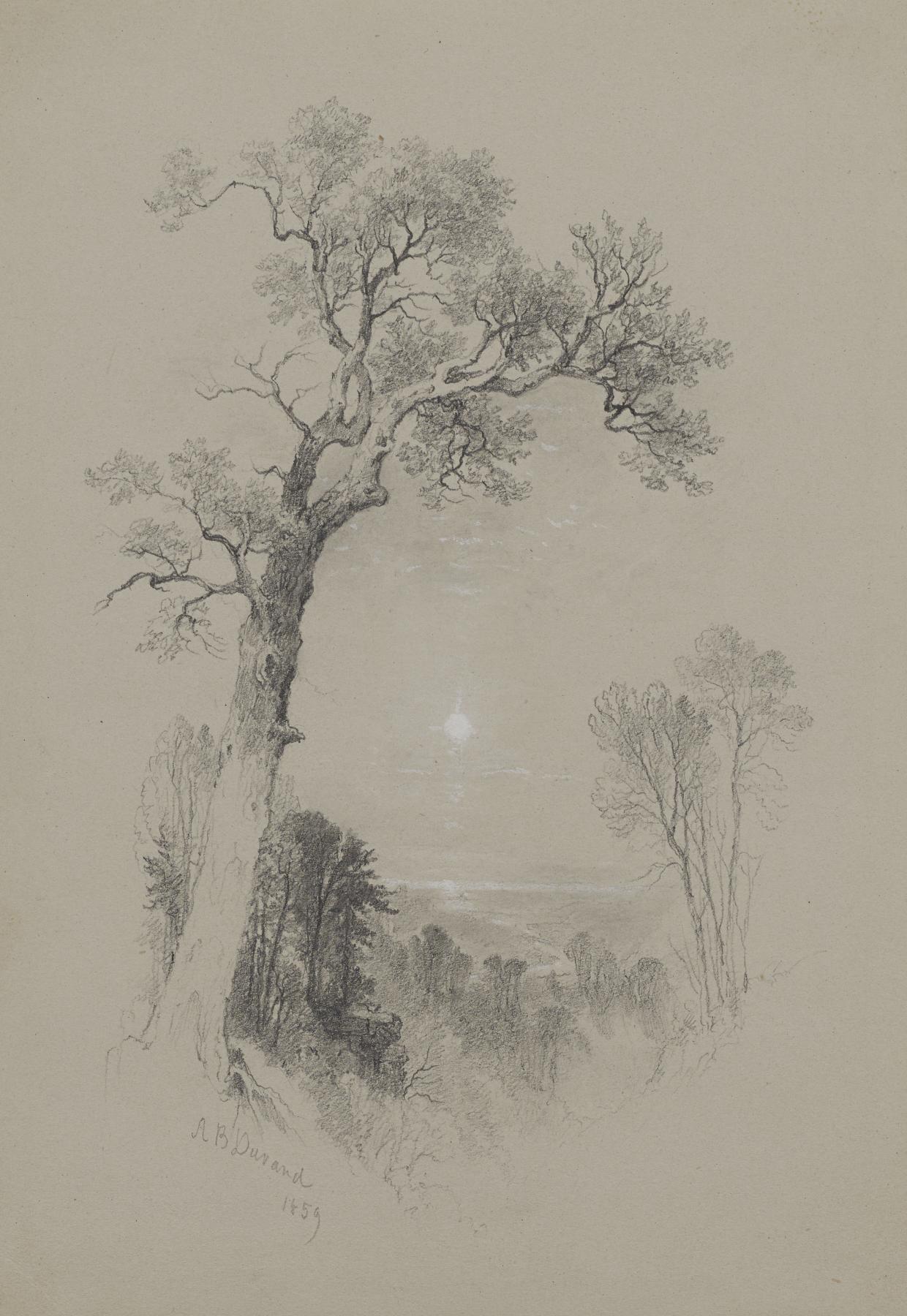 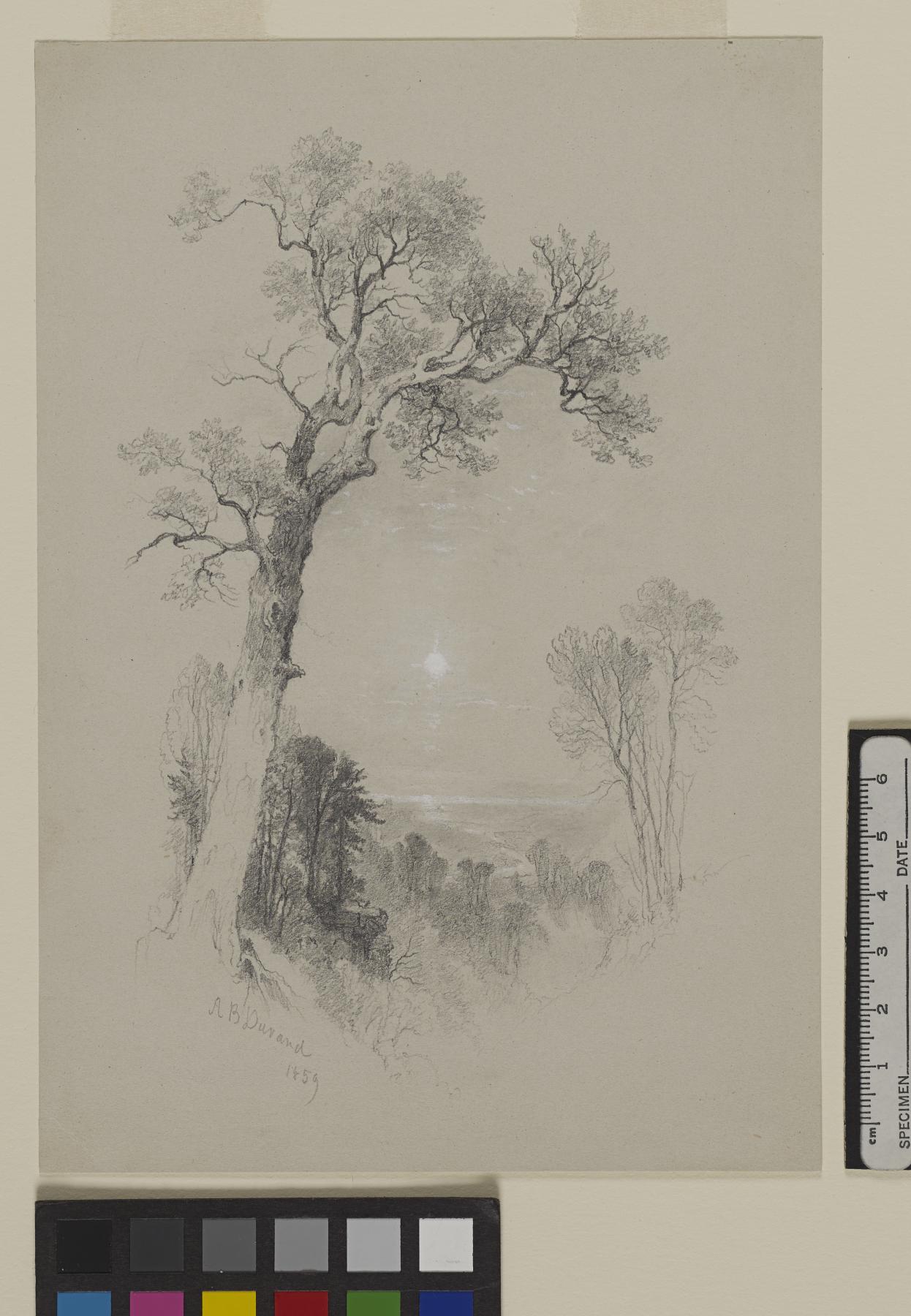 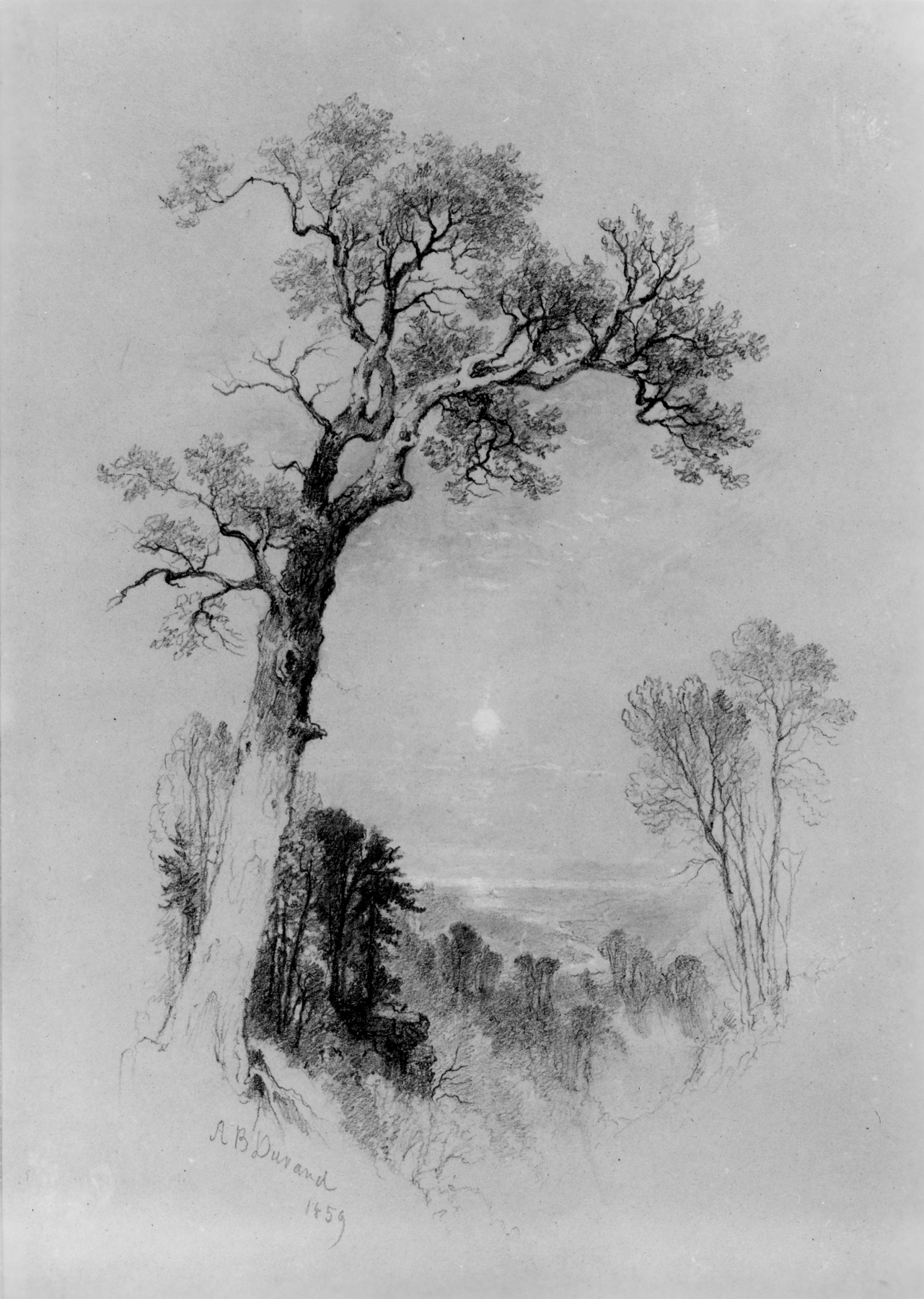 Asher Durand spent the first two decades of his working life as an engraver. During the 1830s he turned to painting portraits, and then, encouraged by Thomas Cole, to landscapes. By the 1840s Durand was concentrating on landscapes exclusively. Working in New York City, he became a close colleague of Cole, and served as president of the National Academy of Design. He regularly ventured into remote areas of the Catskill, Adirondack, and White Mountains to make sketches, which he used in the landscapes composed in his studio during the winter.

This work was formerly housed in one of William T. Walters' many drawings albums.