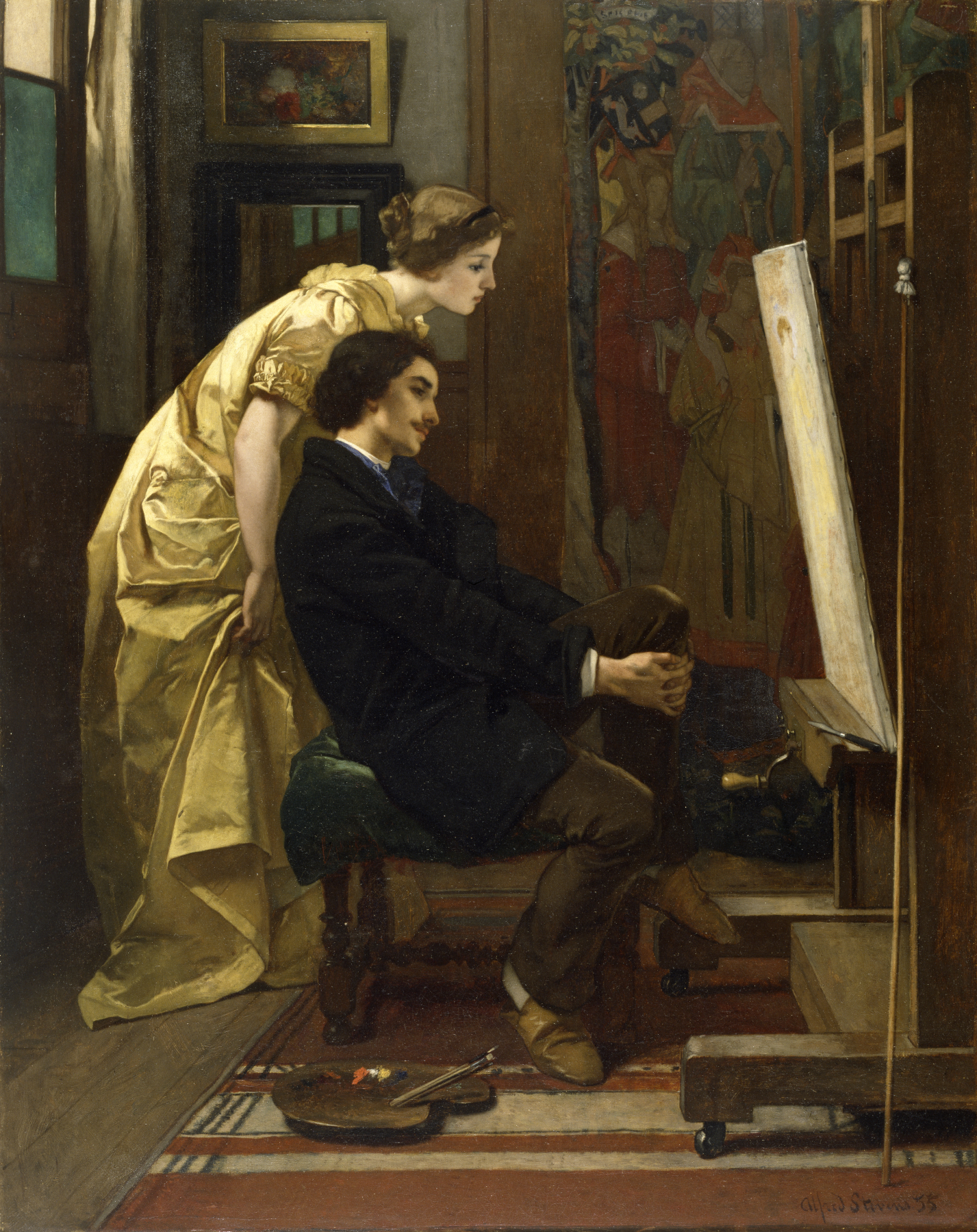 The Painter and His Model

Stevens, a native of Brussels, spent much of his career in Paris where he was regarded as one of the most important recorders of the bourgeois and aristocratic levels of la vie moderne. In this early work, a young woman leans over the shoulder of an artist, presumably Stevens himself, who is regarding his unfinished canvas on the easel. Hanging in the background of the studio is a Flemish tapestry showing an Adoration scene.