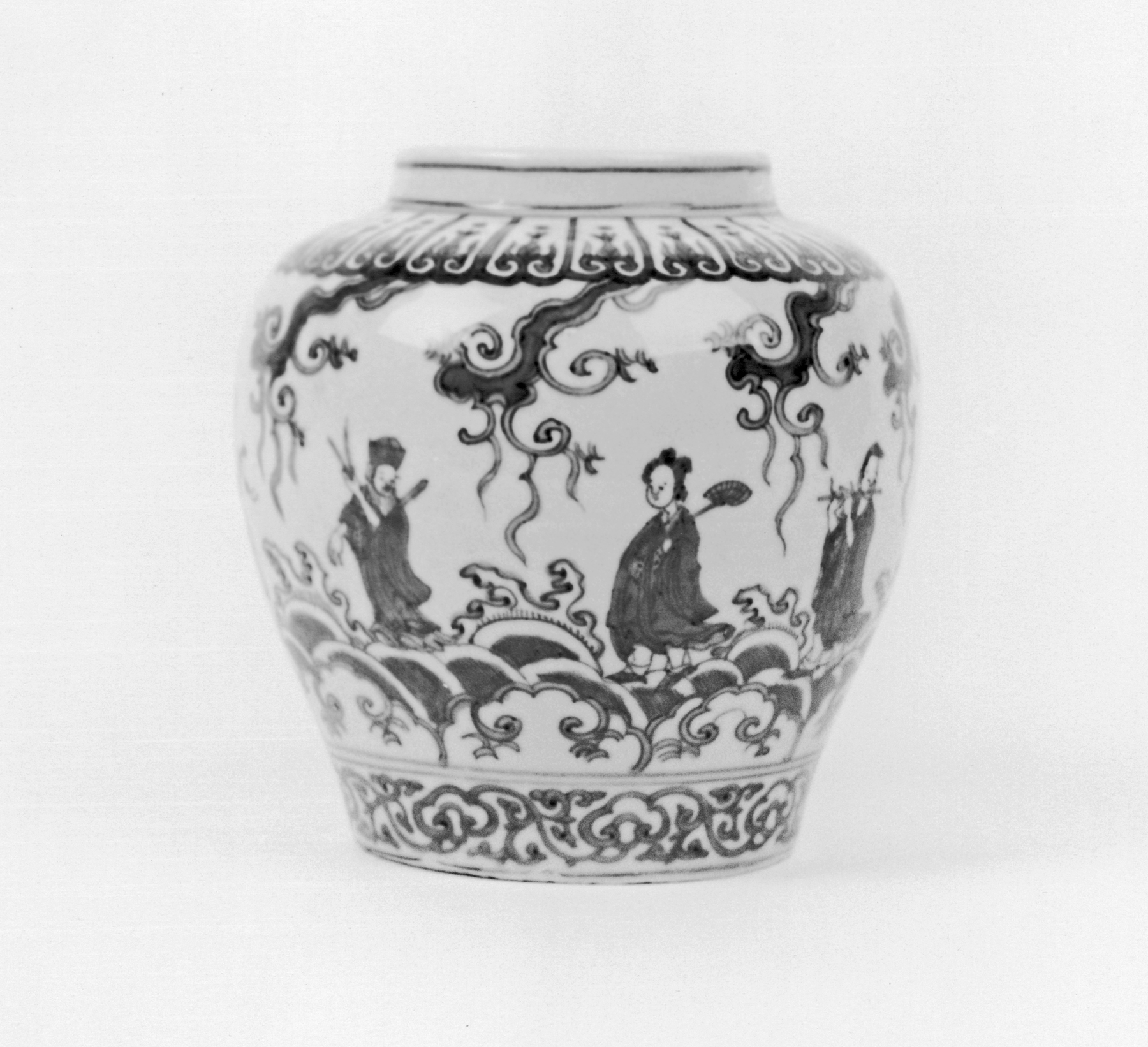 Jar with the Eight Immortals

This jar is painted with figures and designs in underglaze cobalt blue. The Eight Taoist Immortals, identifiable by their attributes and dress, walk in procession over sea waves. The base is painted with stylized sprays of clouds from the waves while a scalloped arabesque floral design around the rim releases a canopy of swirling clouds that alternate between each figure. The jar is a globular shape, the body tapering slightly to a round foot and an open round rimmed mouth and may have contained dry tea. A similar tea jar painted with The Eight Taoist Immortals can be found in the Walters collection [WALTERS 49.1525].