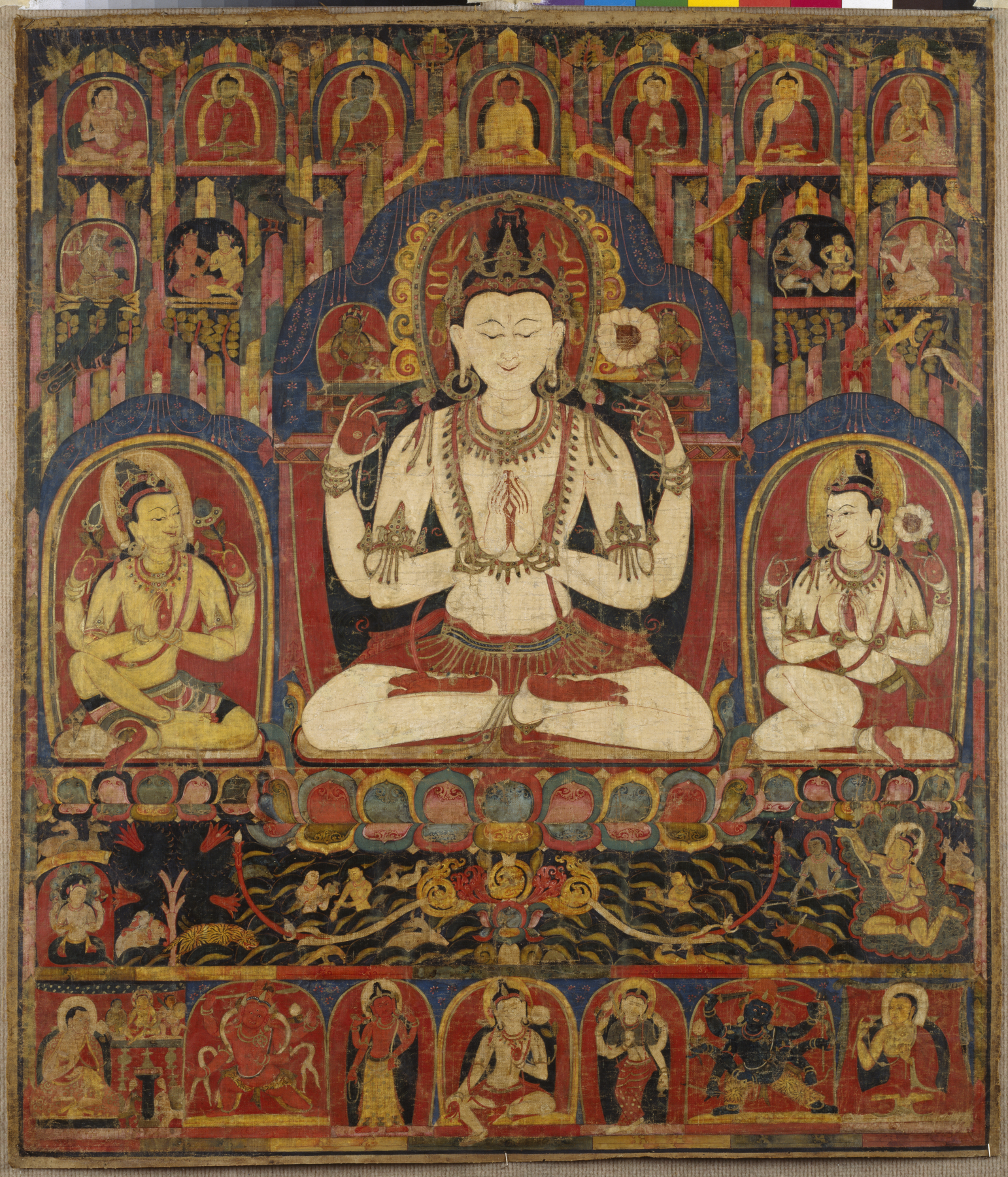 Avalokiteshvara, bodhisattva of compassion, watches over all living beings, helping them toward spiritual liberation. Holding a lotus and prayer beads with his upper hands and joining his lower hands in the gesture of respectful greeting, he is accompanied (at left) by the yellow-skinned bodhisattva Manidhara, who holds two blue lotuses, and (at right) by the goddess Shadakshari, whose white color and attributes match those of Avalokiteshvara.

In the Buddhist tradition, thangkas are portable icon paintings or banners whose complex and often highly detailed images enable those who contemplate them to understand the divine nature of Buddhas and be able to interact with them. Elaborate instructions on constructing and consecrating these images are found in texts called tantras. The ceremony that prepared this painting as a sacred receptacle for Avalokiteshvara would have included the ritual of opening the eye, which animated the inert painting and cloth into the enlightened deity capable of “seeing” and bestowing blessings on the devotee. Another ritual in the ceremony involves reciting verses beseeching the deity to remain within the image. The various ritual steps were all designed to localize the emanation of Avalokiteshvara.

[Inscription and Translation] On back: Establish in me a perfect wisdom. / All realities arise from causes. The causes are described by Tathagata. Whatever eliminates the causes, they are spoken of by the Great Sage. / Concerning striving in patience and noble patience / It is the supreme peace, says the Buddha. / He who harms other, even after renouncing the worldly life, is not a disciple of the Sage (Buddha).