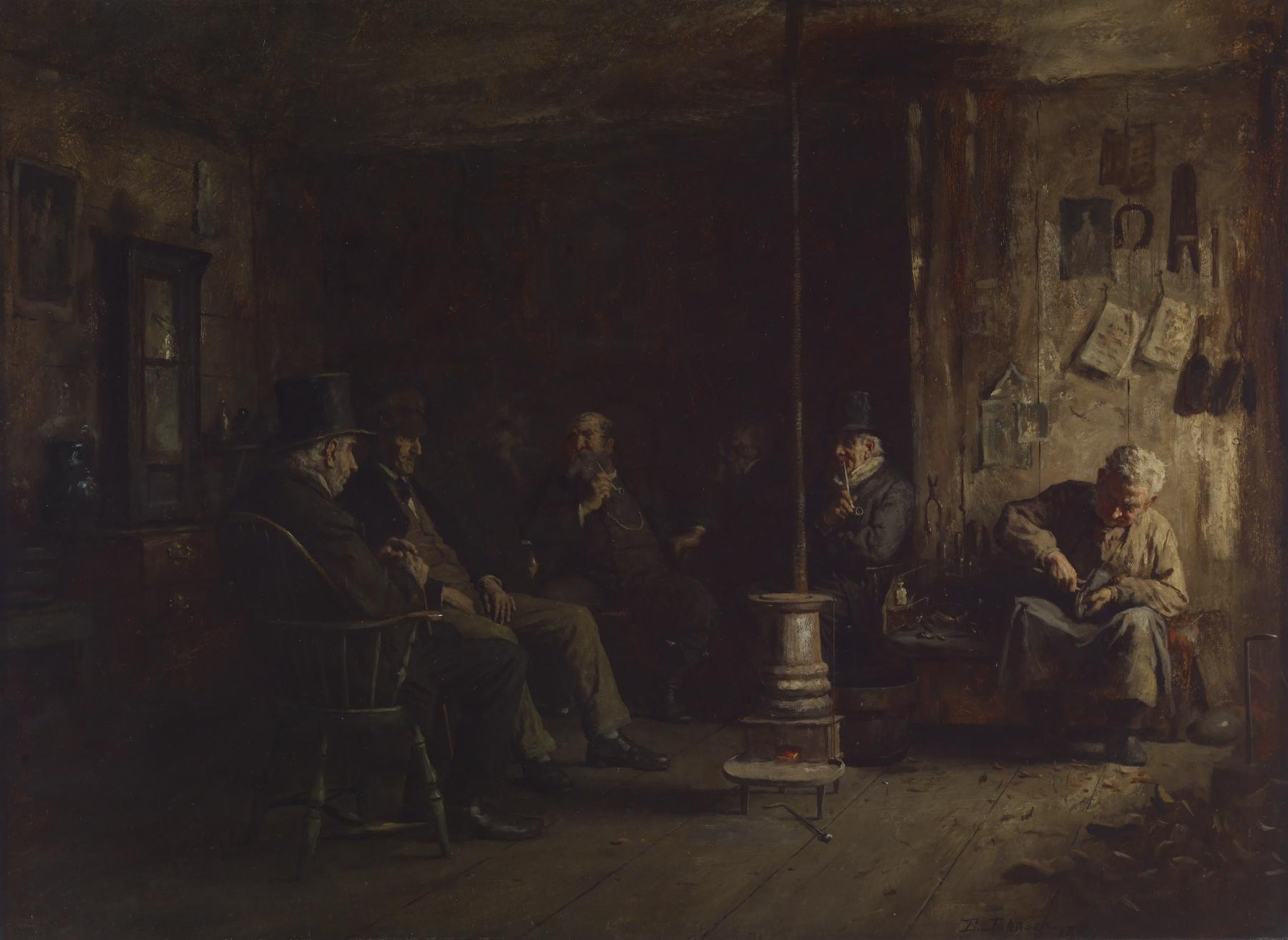 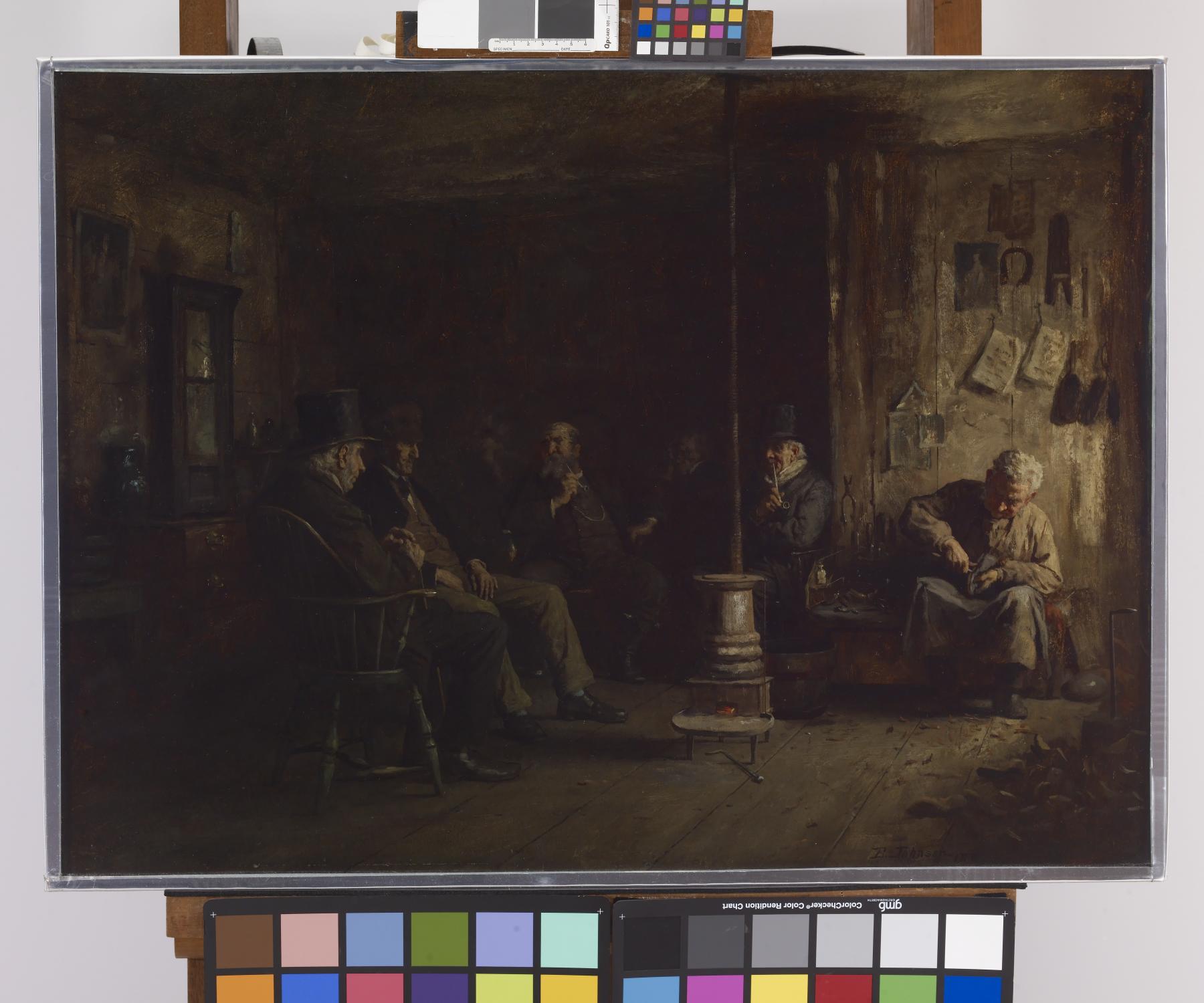 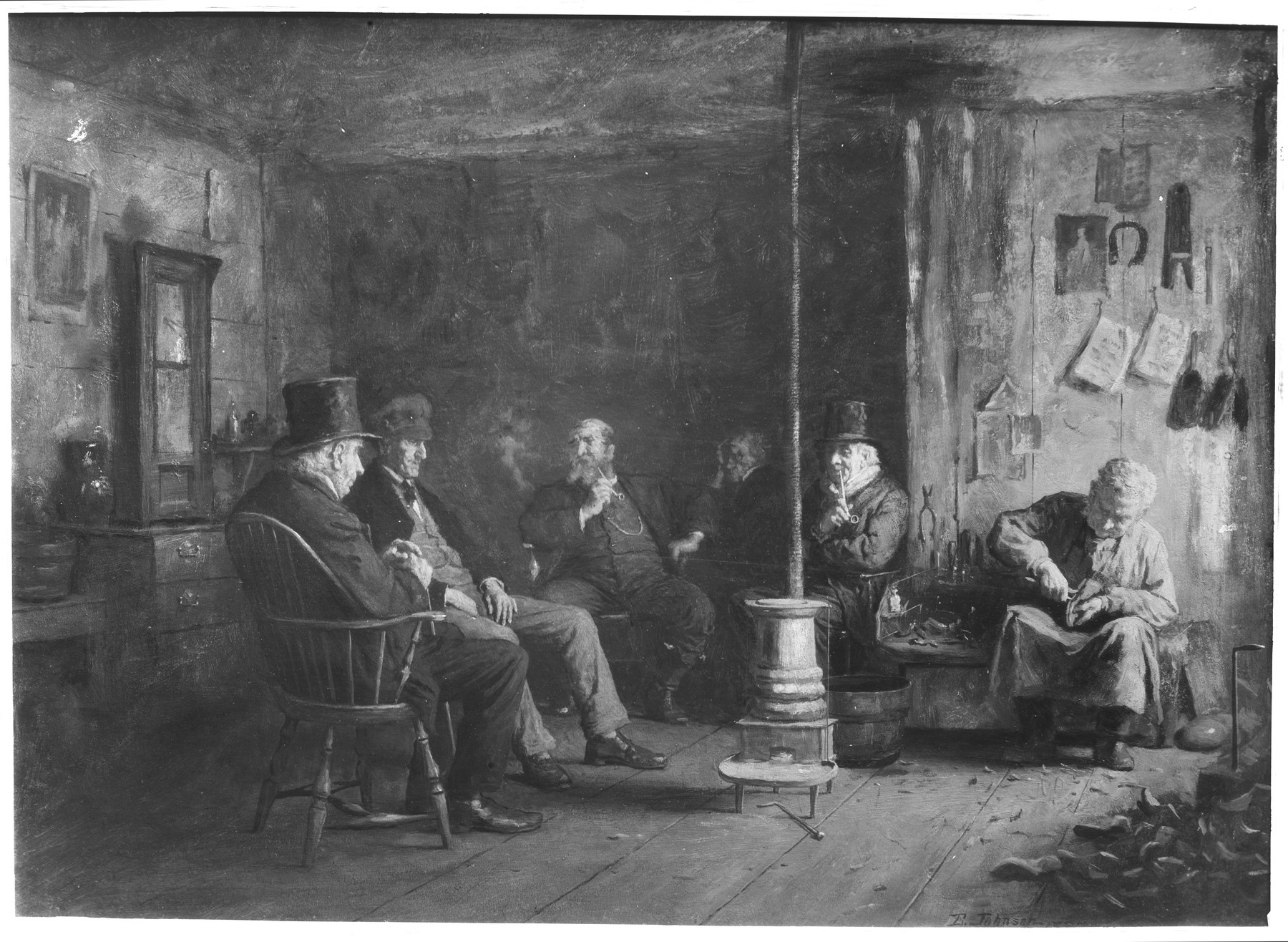 The Nantucket School of Philosophy

In this work, Johnson's last dated painting of everyday life, a group of elderly men, seated around a stove in a cobbler's shop, reminisces about the past. Two years after the picture was completed, Johnson identified the philosophers: Captain Haggerty, the shoemaker; Captain Moore, the talker; and on the left, leaning on his hand, Captain Ray. The other captains, he noted, were by then already deceased.

Like a number of his fellow genre painters, the Boston artist trained abroad in Düsseldorf, Germany, and later at The Hague in the Netherlands, where he became familiar with Dutch 17th-century art. Between 1870 and 1887, Johnson spent the summer and autumn months working in Nantucket, Massachusetts.

[1] Ed King's Notebook, Walters-Anderson Correspondence, etc. list this date as April 3, 1924 conflicting the date of the Knoedler and Co. Sale