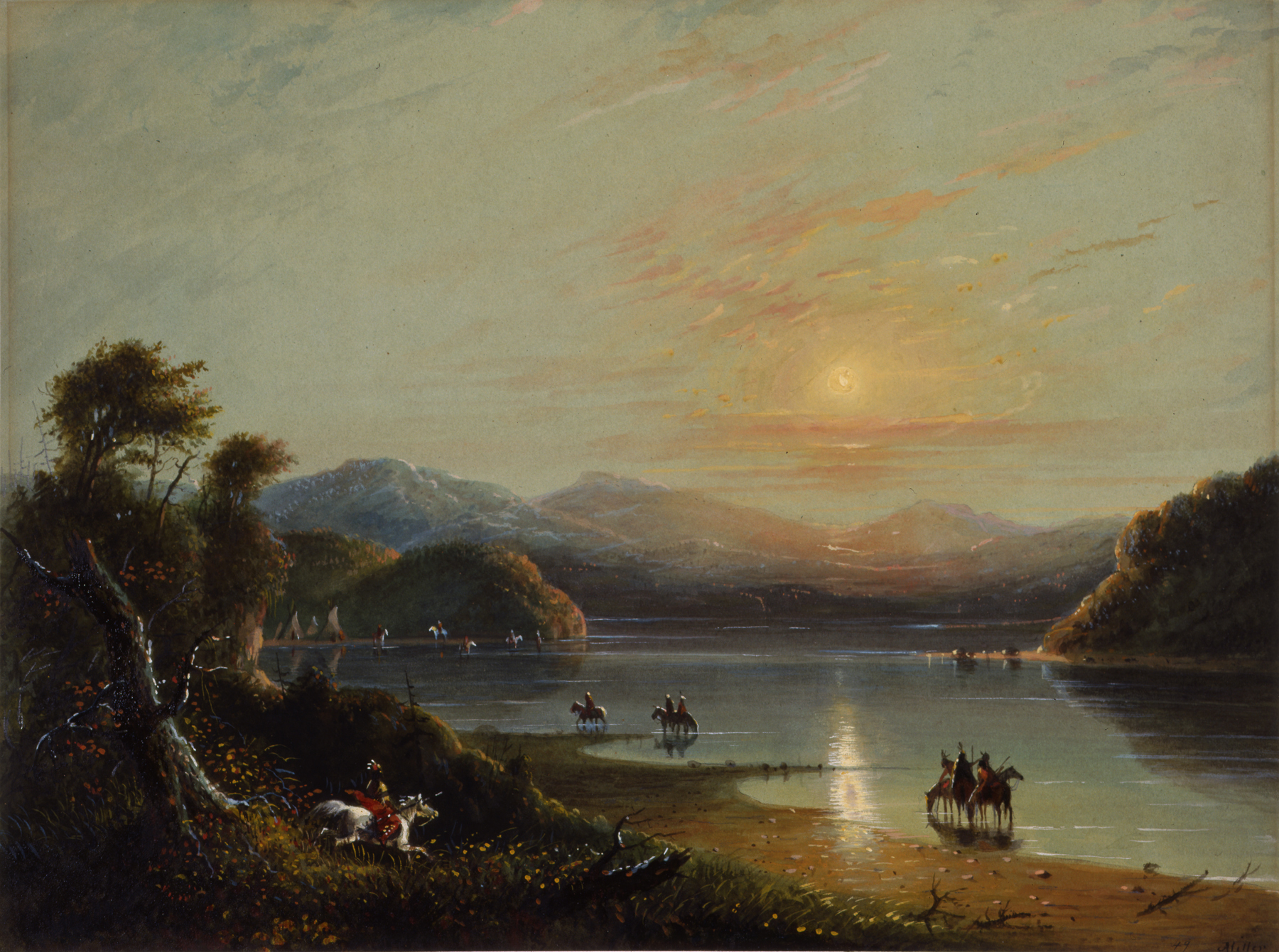 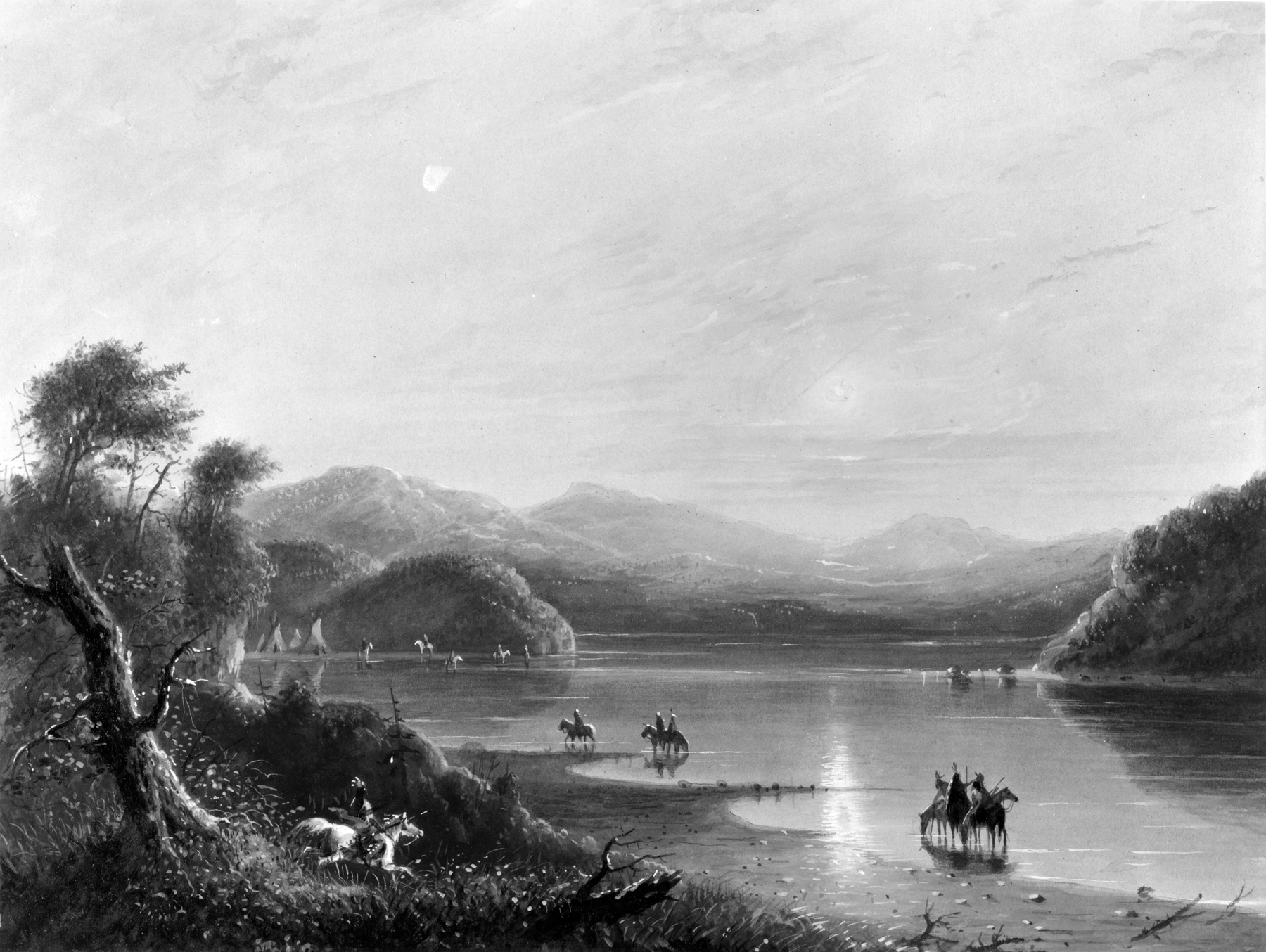 The Green River of Wyoming (Oregon Territory to Miller) winds through spectacular mountains to join the Colorado River. Miller trekked through the Rockies for one season and noted many difficulties, especially for those who tried to climb the highest peaks, only to experience "giddiness and headache, attended with vomiting," and turn back.

He has included a camp of Indians en route to the rendezvous near the shore of what might well be Frémont Lake, a romantic touch emphasizing the harmony between unspoiled nature and natural man.

"The sun did not appear to shine so brightly to us the balance of the day," Miller recalls, lamenting the loss of one of his friends. Extracted from "The West of Alfred Jacob Miller" (1837).