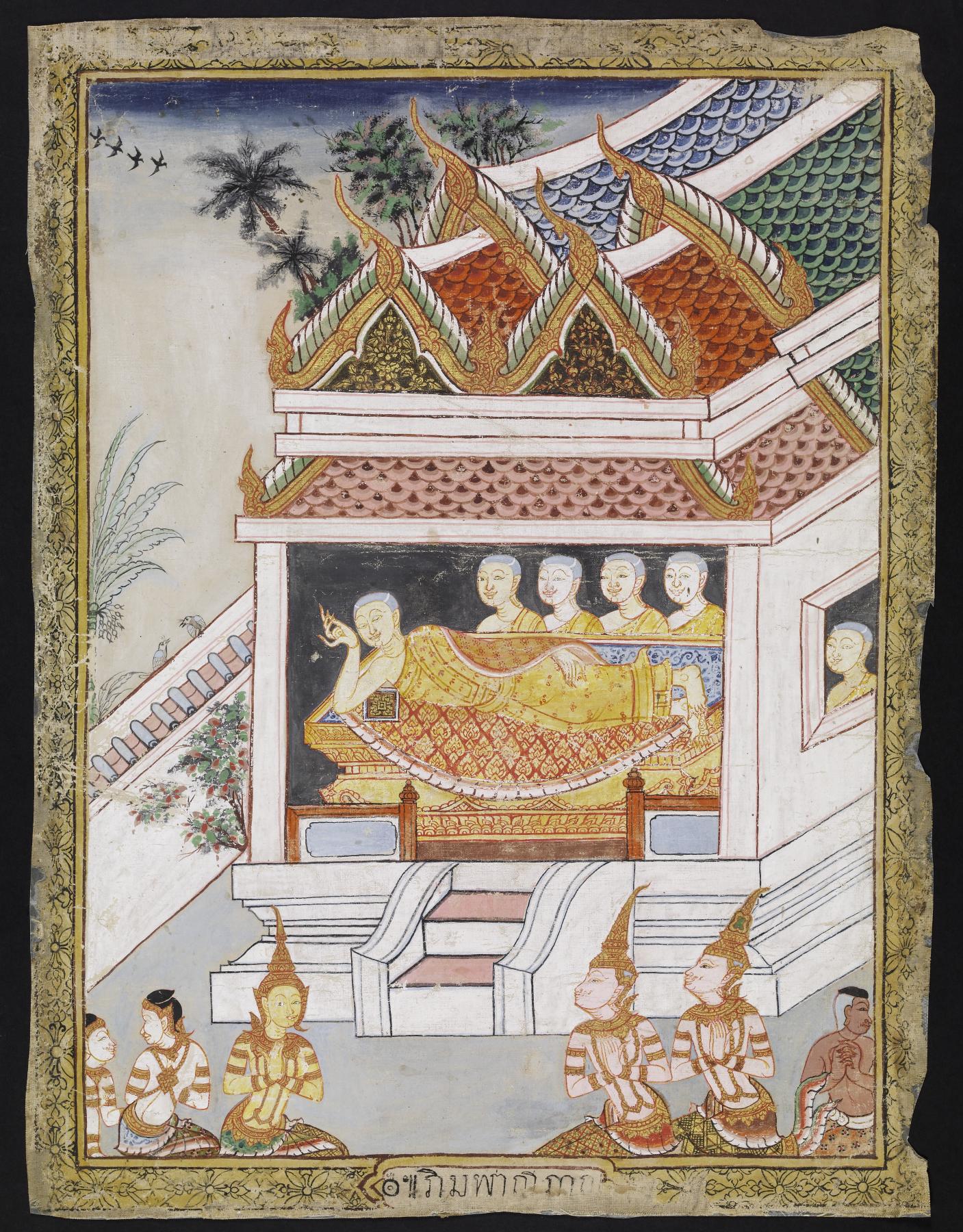 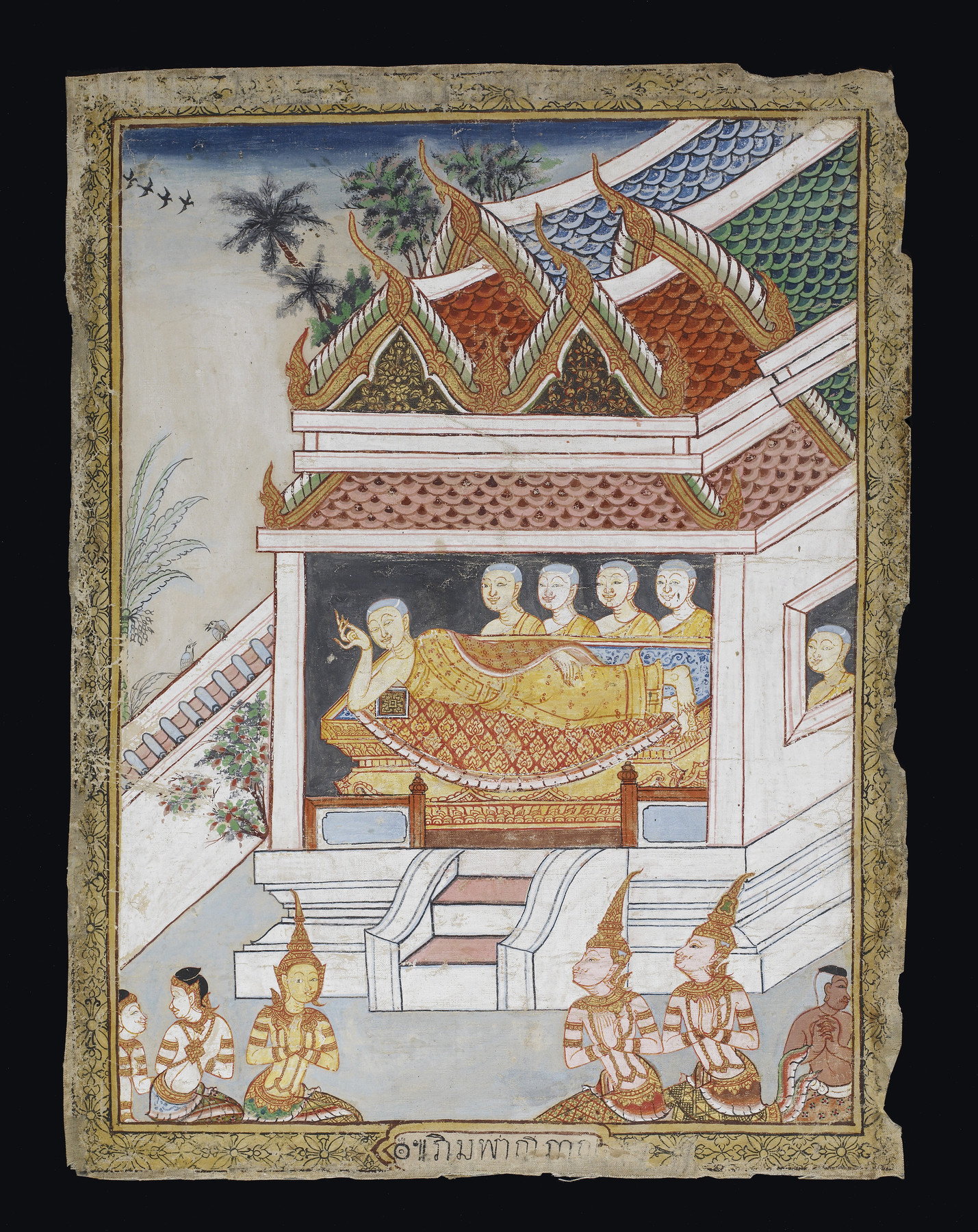 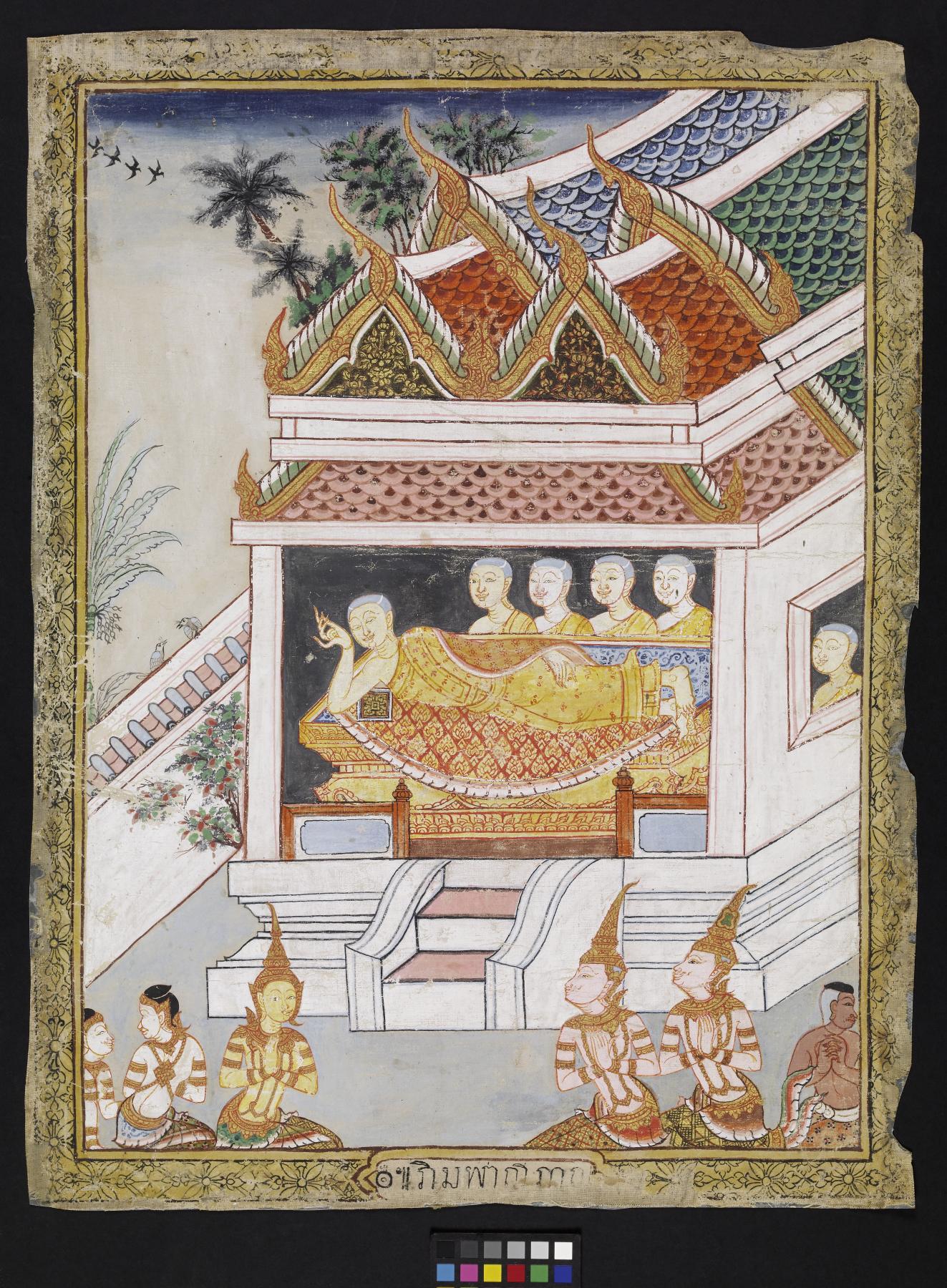 This dynamic painting illustrates one of the Jataka tales--stories of the former lives of the Buddha. In these popular stories, which number in the hundreds, the Buddha takes various forms—human, divine, and animal—to carry out virtuous acts of charity, courage, and humility, setting an example for humanity.

This painting shows the Buddha preparing for death at the age of 80. After eating spoiled meat offered to him, the Buddha falls ill and lies down on a couch, propping his head up with his right hand. He preaches one last sermon, enters a meditation, and attains "Mahaparinirvana," or the great passing of suffering. At that moment, the earth trembles.