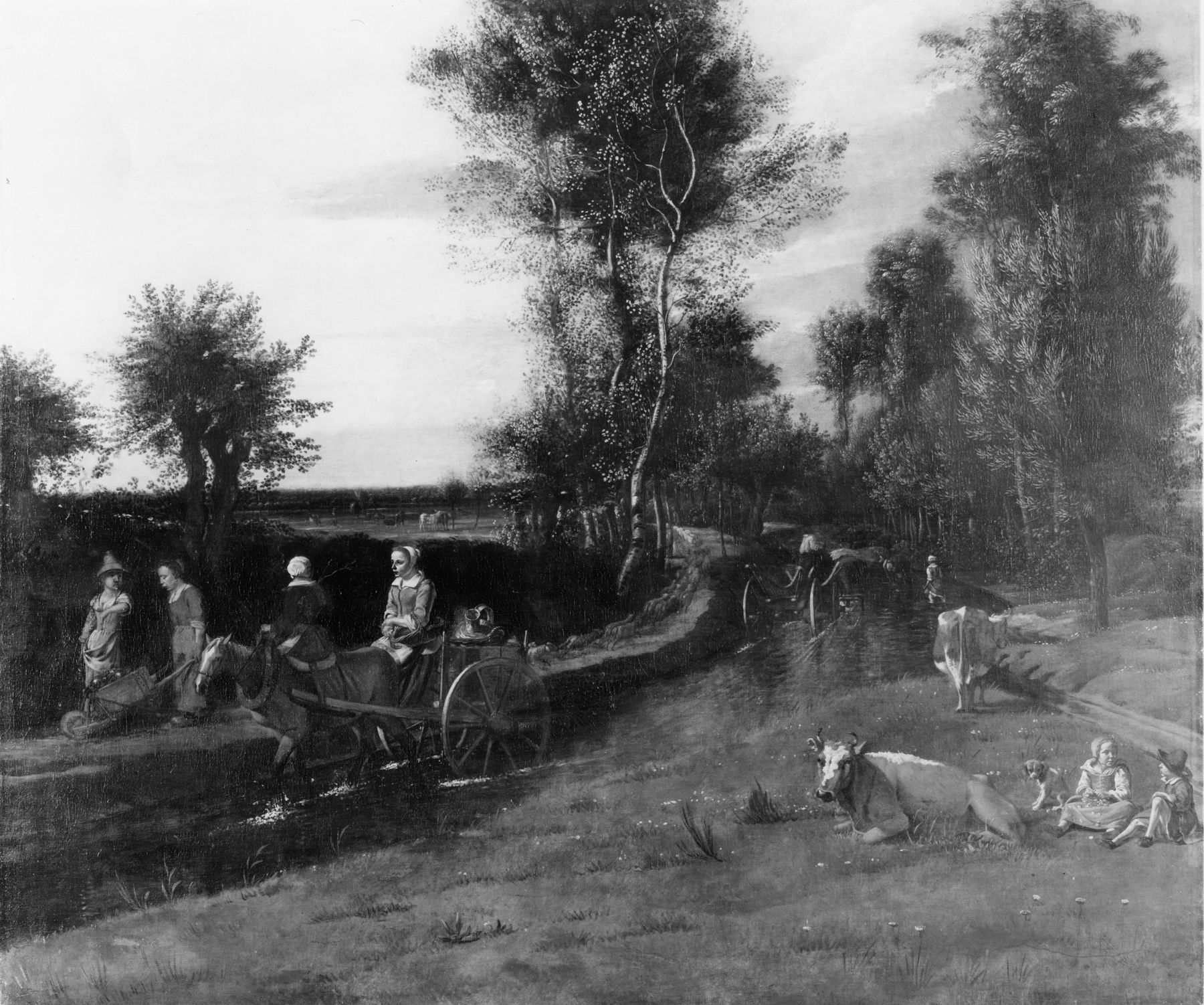 Landscape With Milkmaid And Peasants

Born and trained in Antwerp, Siberechts is first recorded as a master in the city's guild of St. Luke for the year 1648-49. He is chiefly known for bucolic rural views of country people executed in a vigorously realistic manner. Siberechts seems to have been particularly fascinated by the motif of peasants driving their carts along stream beds, using them as if they were roadways. In 1672 the artist moved to London, focusing thereafter on topographical views of country houses.