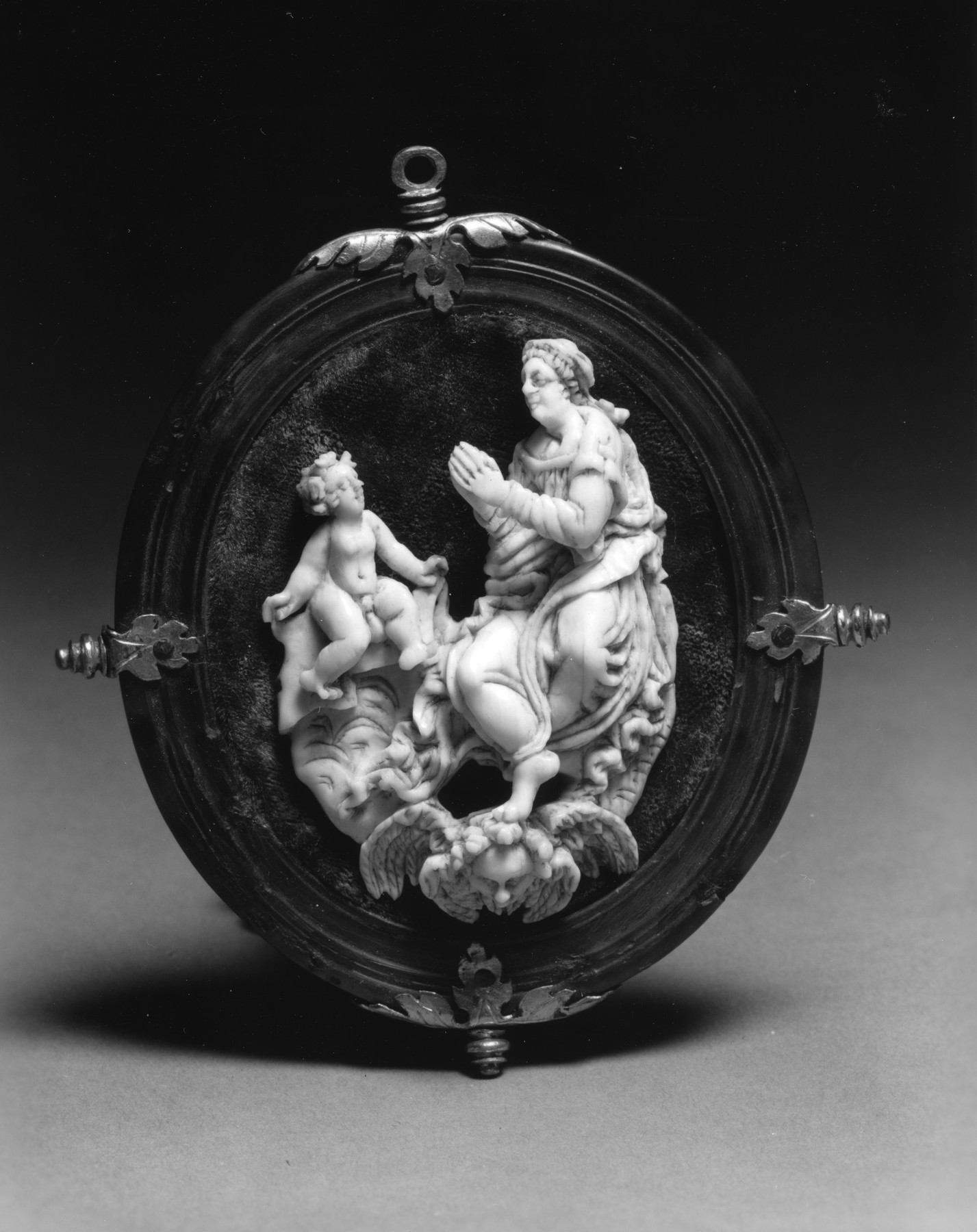 The Madonna, seated amid clouds, clasps her hands as she adores the Infant Christ. Her feet rest on a four-winged cherubim's head.

The composition is based on the popular devotional image, the miraculous Madonna della Ghiara. A drawing, dated 1565, based upon an earlier image of the Madonna, and a painting by Lelio Orsi are in the Tempio della Madonna della Ghiara in Reggio Emilia. The earlier image was repainted in 1593 according to Orsi's composition, to which the ivory carver has added a cherubim.

This piece belongs to a group of provincial, late Baroque ivories that may have been intended to be applied to the bases of crucifixes.

The Walters ivory was previously exhibitied as Saint Clara in Ecstasy.