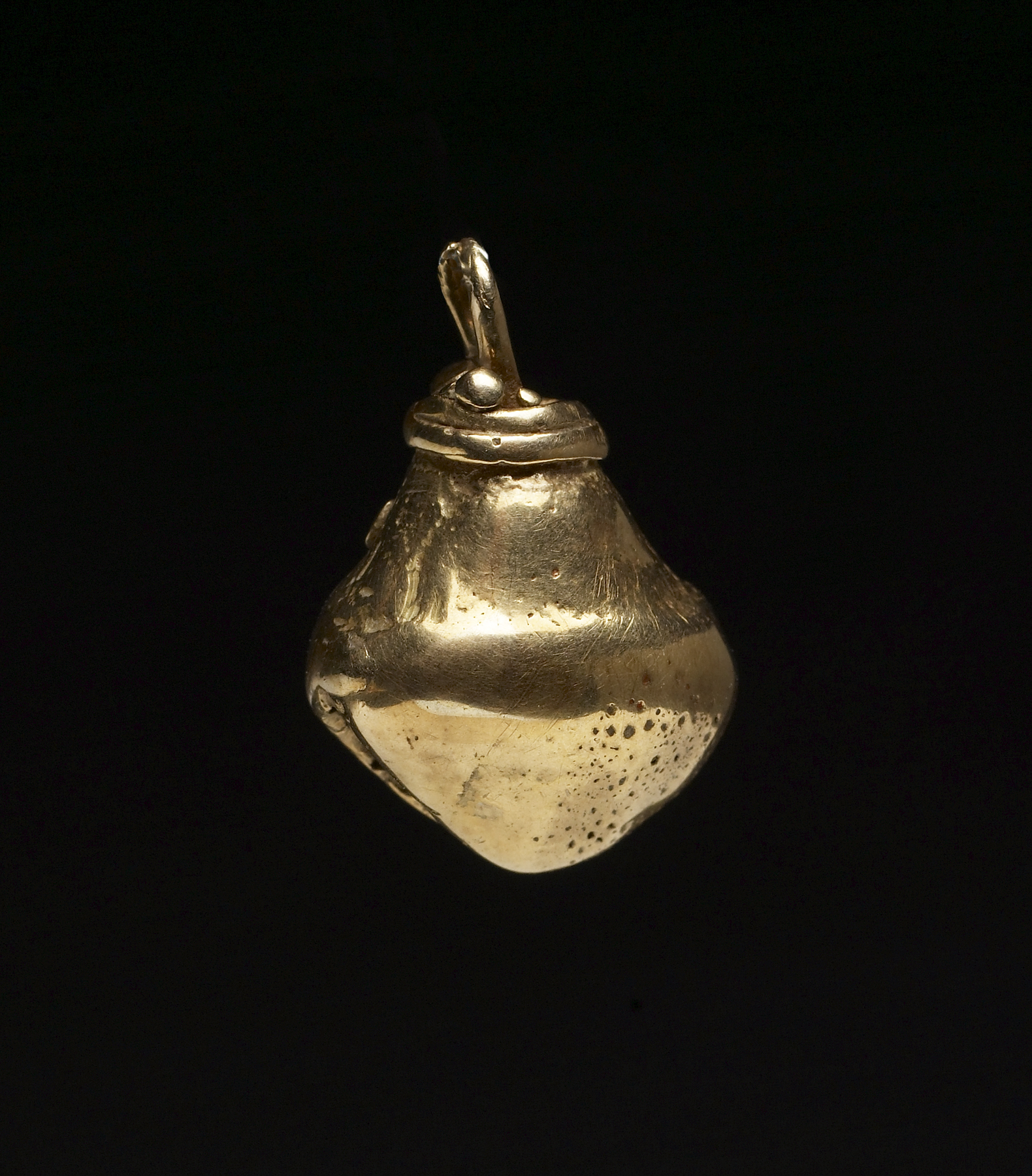 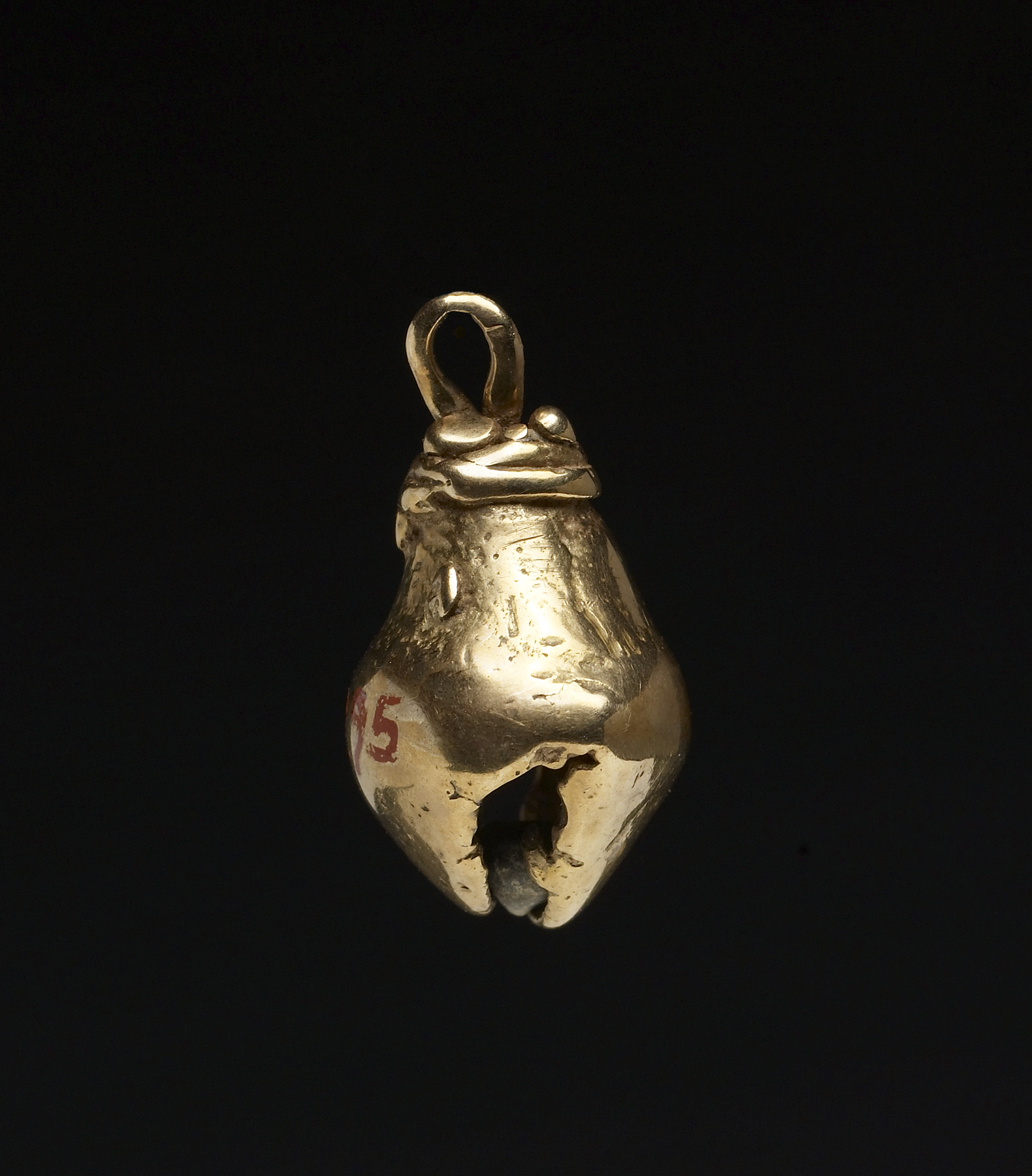 Bells played an important role in ritual activities, costume decoration, and burial offerings. This oval bell has an opening at the bottom and a loop attached at the top.