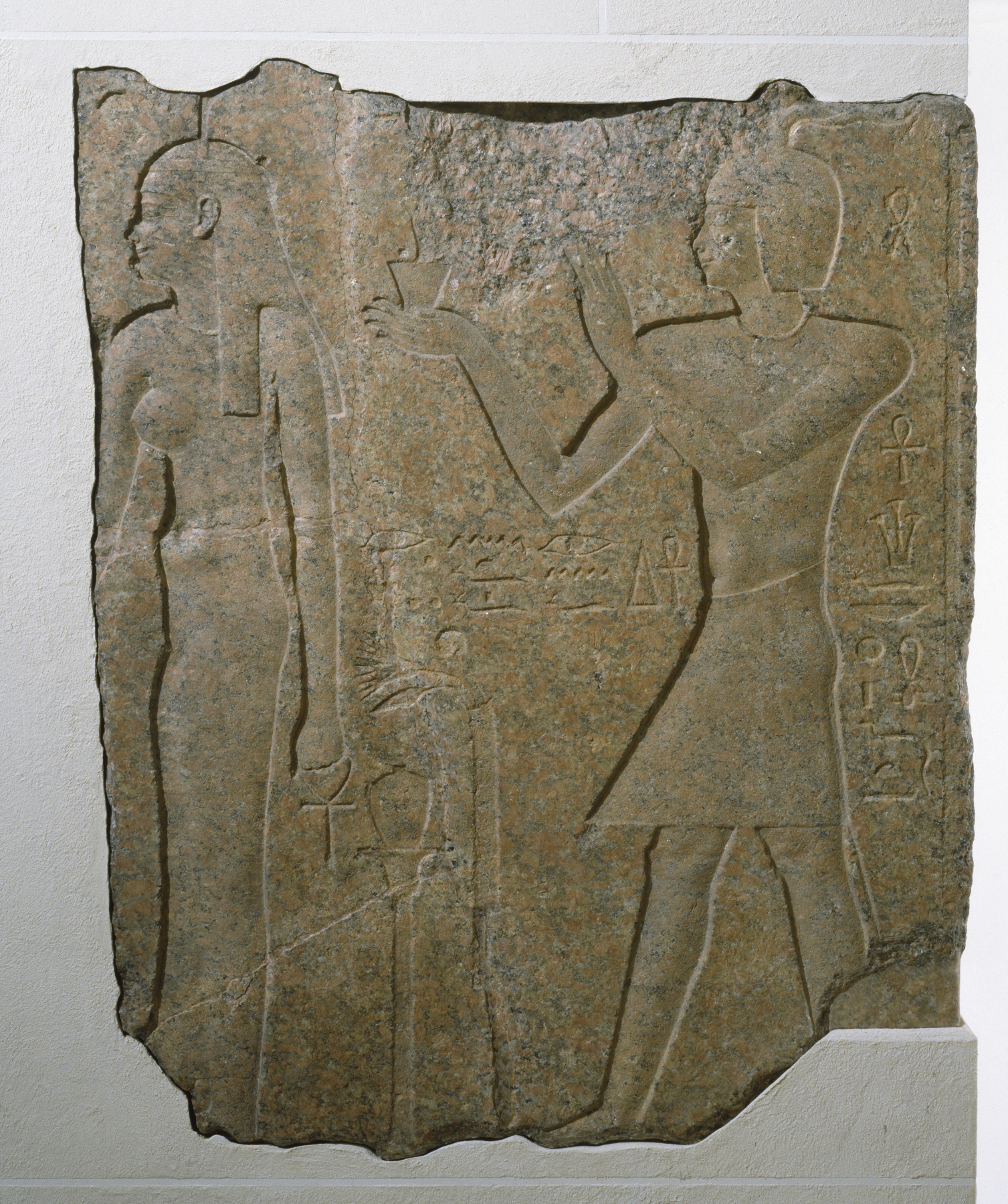 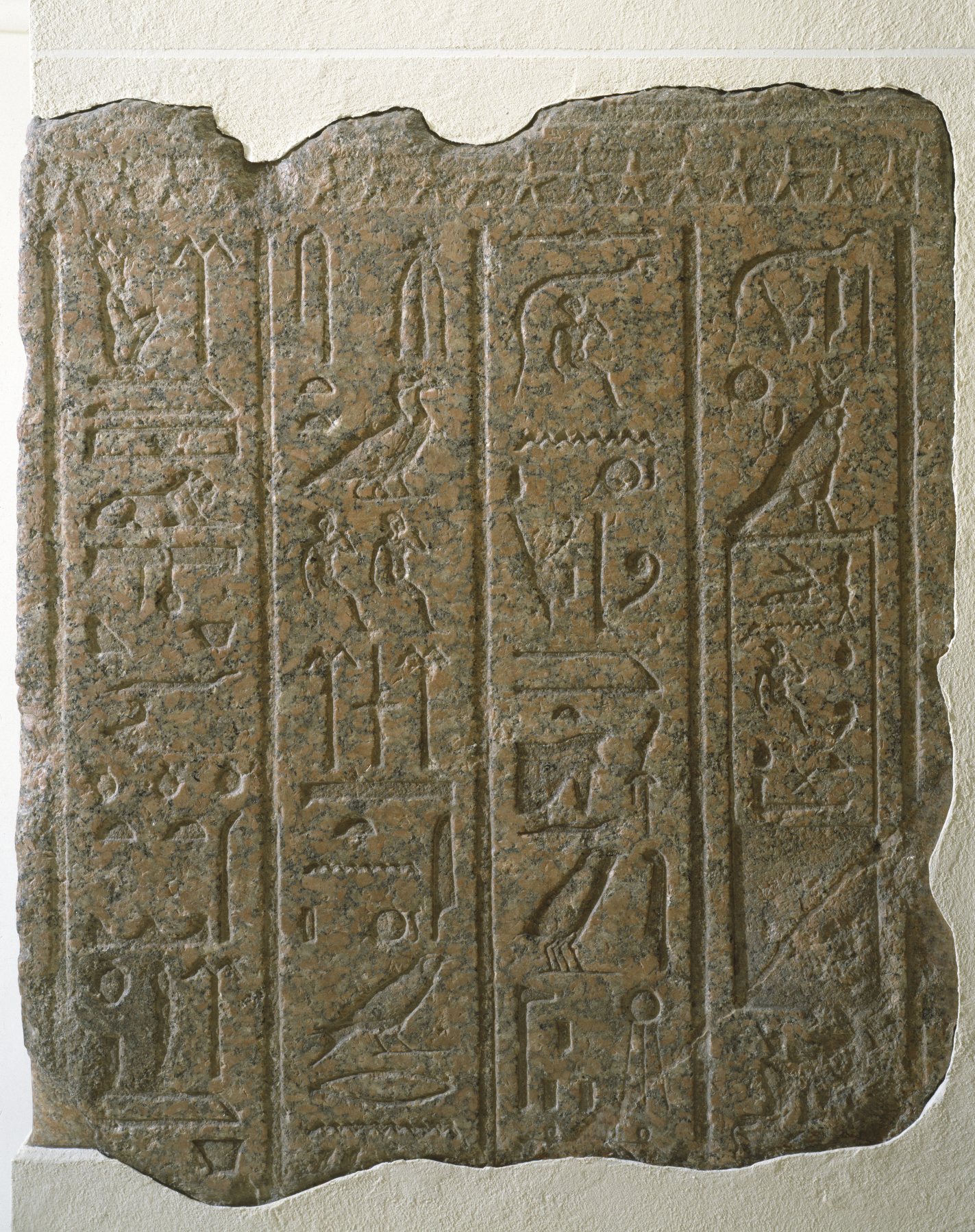 The outer face of this block shows the king behind an unnamed goddess, most probably Maat, holding an ankh (life sign). The inscription indicates he is offering the incense to his father, the sun-god Re. The king's near hand is raised in adoration as he approaches a small table supporting a floral offering. On the inner face, below the sky hieroglyph (pet) with a row of five-pointed stars, four vertical columns of hieroglyphic text, read from right to left, record part of a hymn to the sun god. The readings, in part, say: (first column at right) "Words spoken by Horus: Brave Young Man [Ptolemy II Philadelphos] . . ."; (second column at right) "Child of Re [Ptolemy II Philadelphos], who rises in his right eye, who illuminates the gods . . . ." 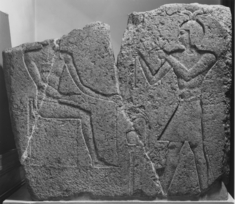