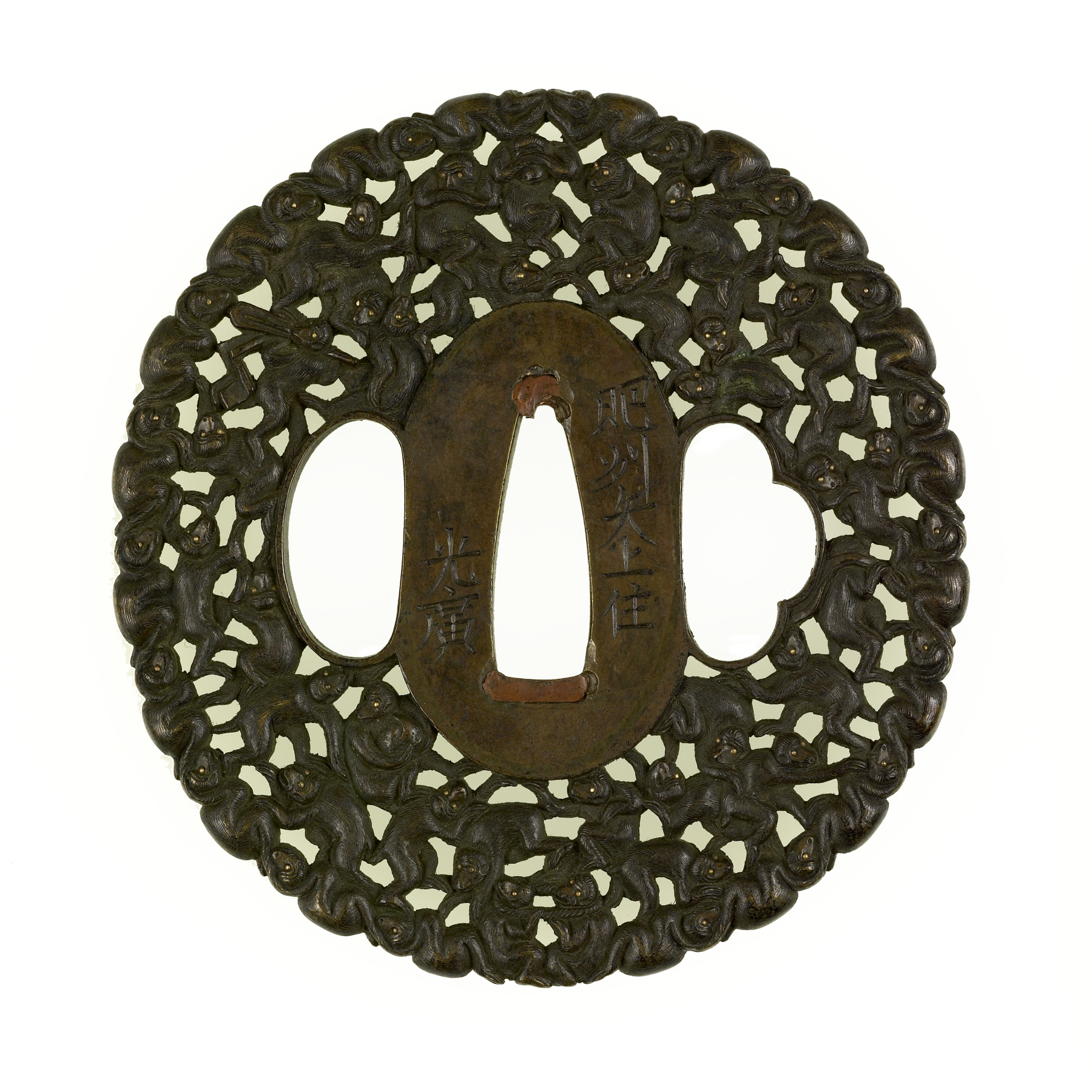 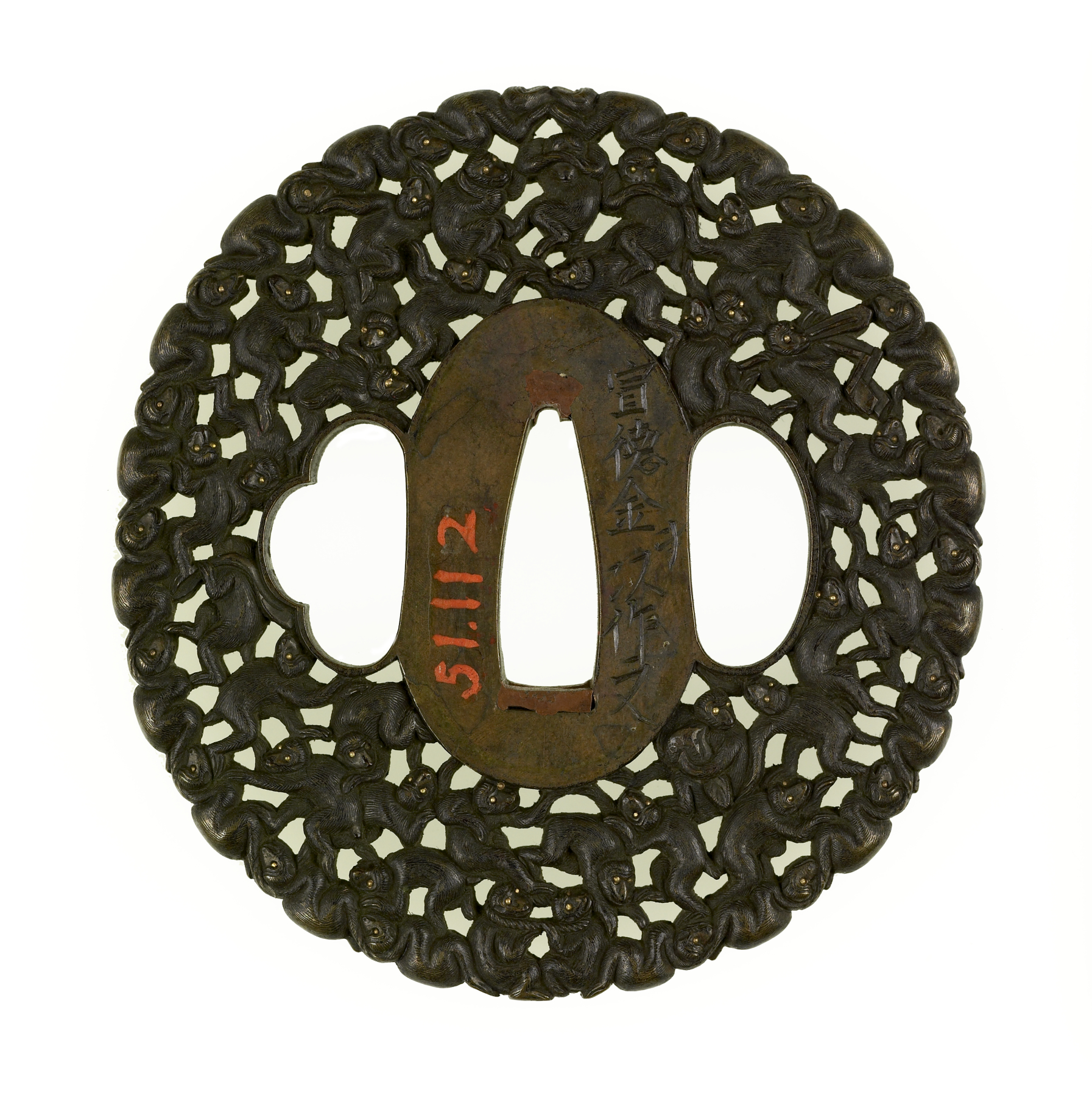 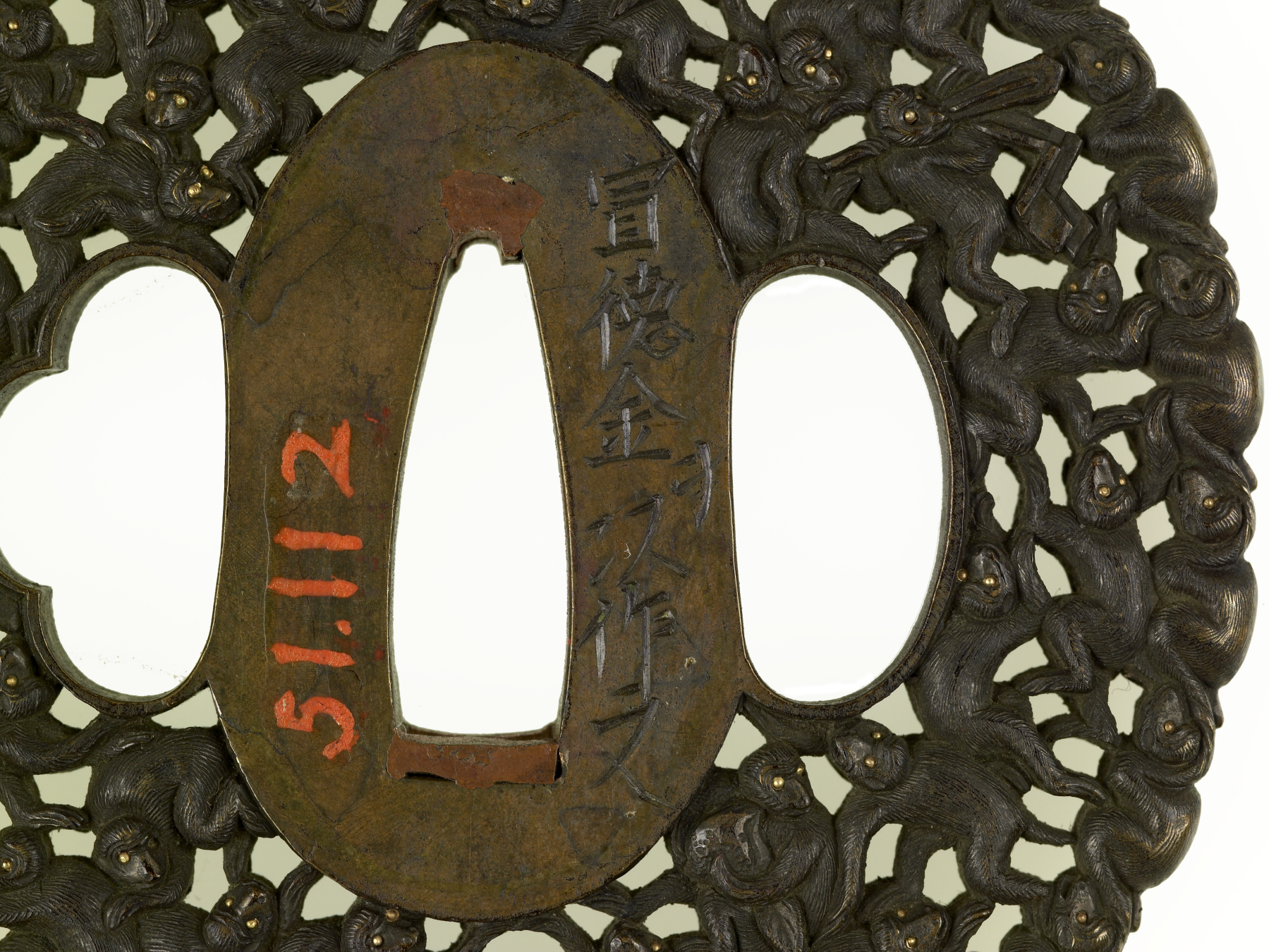 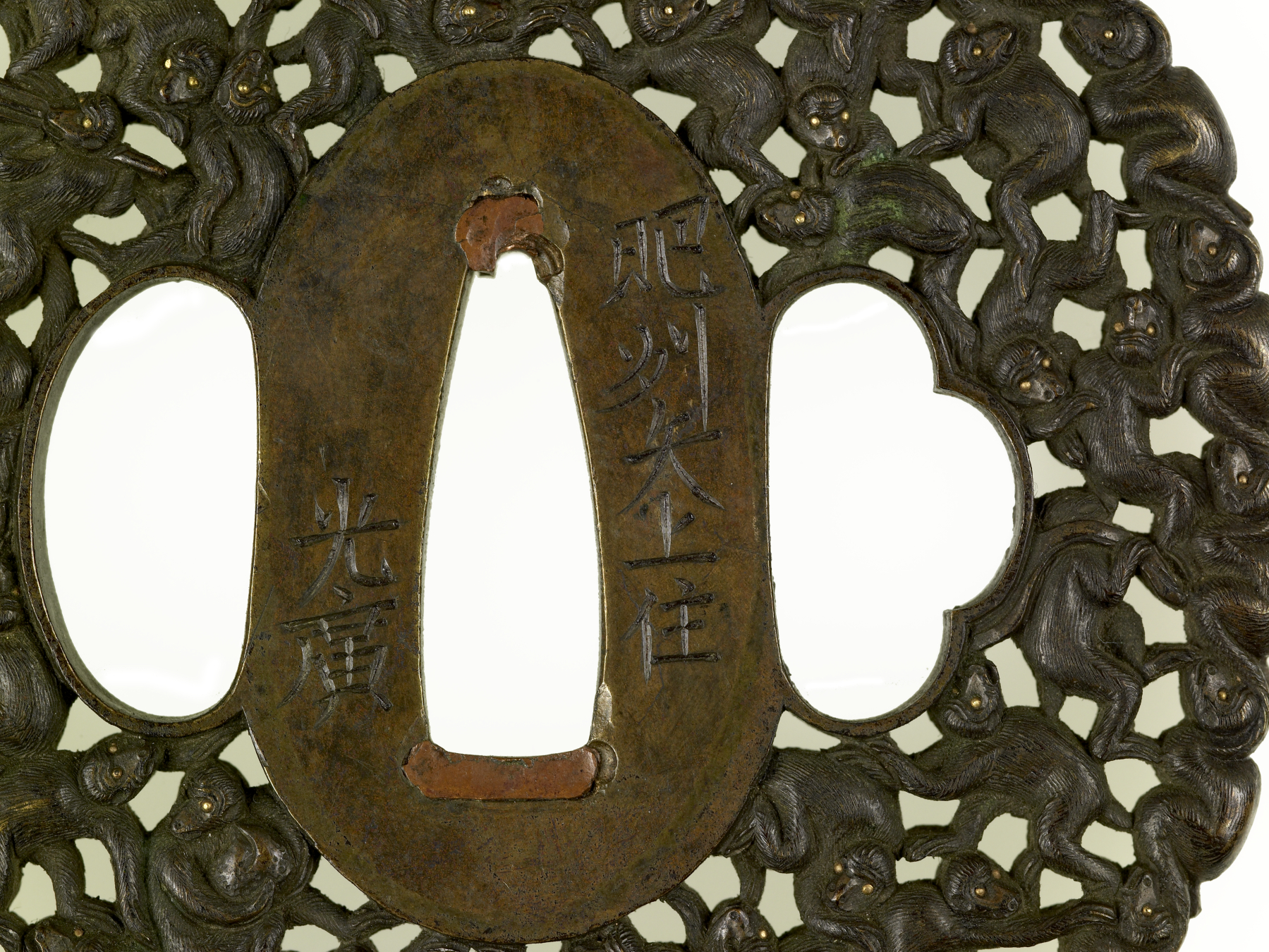 One hundred monkeys was a typical motif for Mitsuhiro and other members of his school. A multitude of monkeys are carved into the body of the tsuba. Their eyes are highlighted in gold. Hidden throughout the design are monkeys with special characteristics. In the upper portion are the three monkeys who see no evil, hear no evil, and speak no evil. At the bottom, two monkeys are neck-wrestling with a rope tied around their necks. In the upper left section is a monkey carrying a fan or a baton. Below, a monkey holds a giant peach. At the lower right, a monkey has a bag over its shoulder. This tsuba is similar to another in the Walters collection by the same artist made of silver (51.133). Other known examples by Mitsuhiro are almost all in the same style with a single motif carved throughout the tsuba. 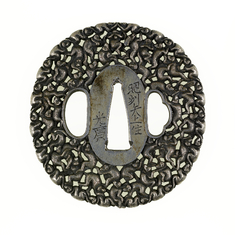