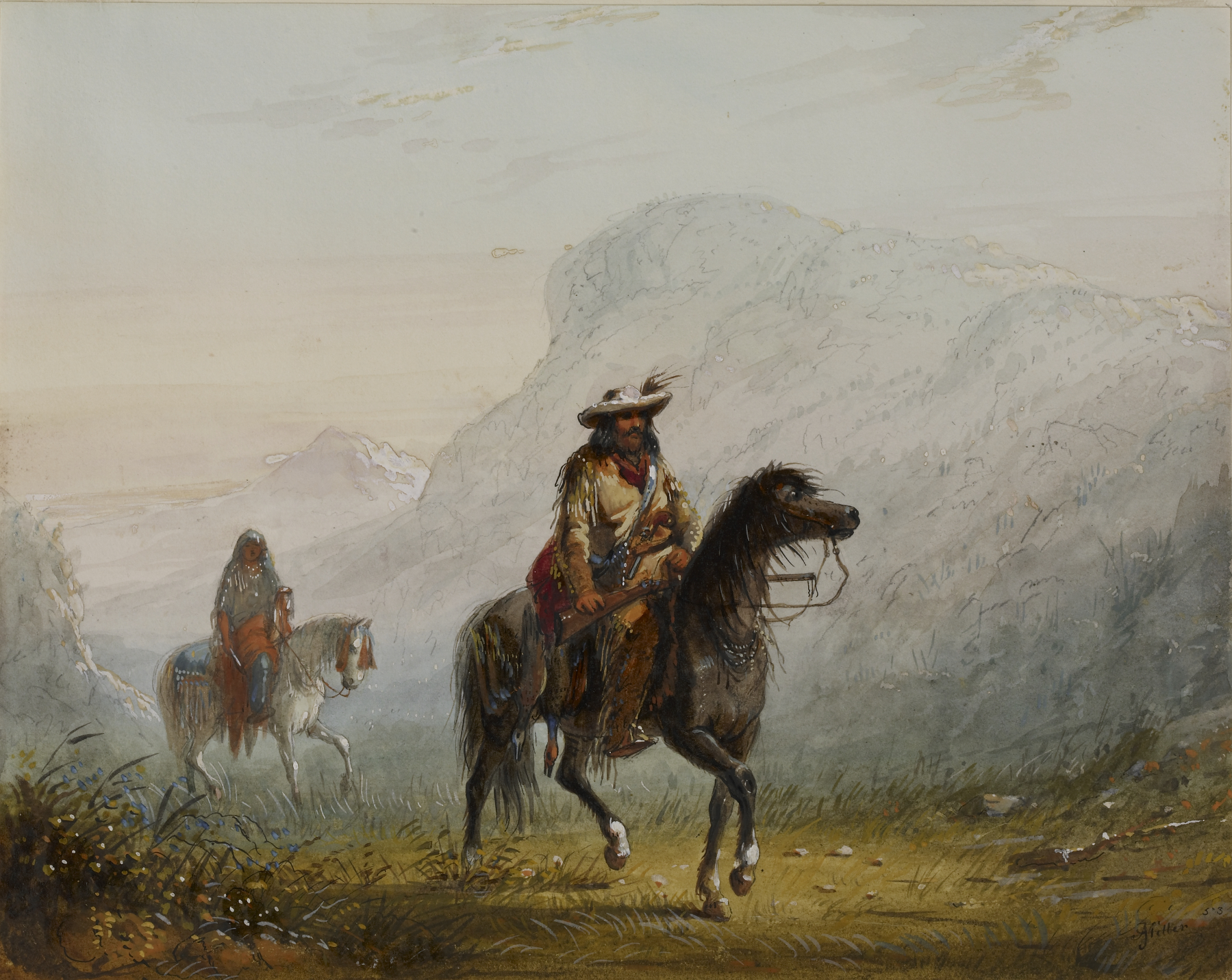 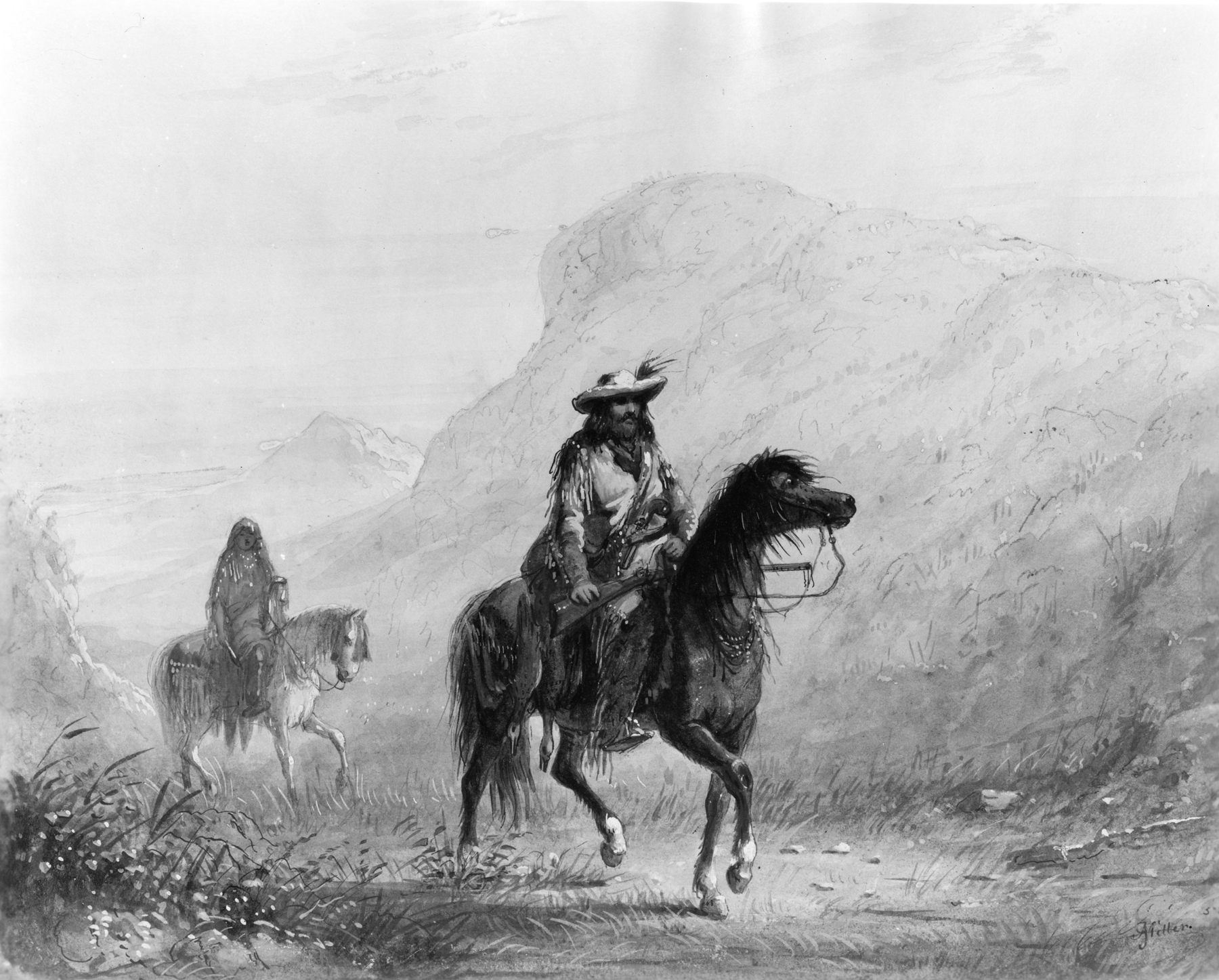 "The term 'Bourgeois' is given in the mountains to one who has a body of trappers placed under his immediate command. Capt. W----r, being trustworthy and intelligent, received an appointment of this kind, and with his men had many battles with the Indians.... The Sketch exhibits a certain etiquette. The Squaw's station in travelling is at a considerable distance in the rear of her liege lord, and never at the side of him. W----r had the kindness to present the writer a dozen pair of moccasins worked by this squaw - richly embroidered on the instep with colored porcupine quills." A.J. Miller, extracted from "The West of Alfred Jacob Miller" (1837).