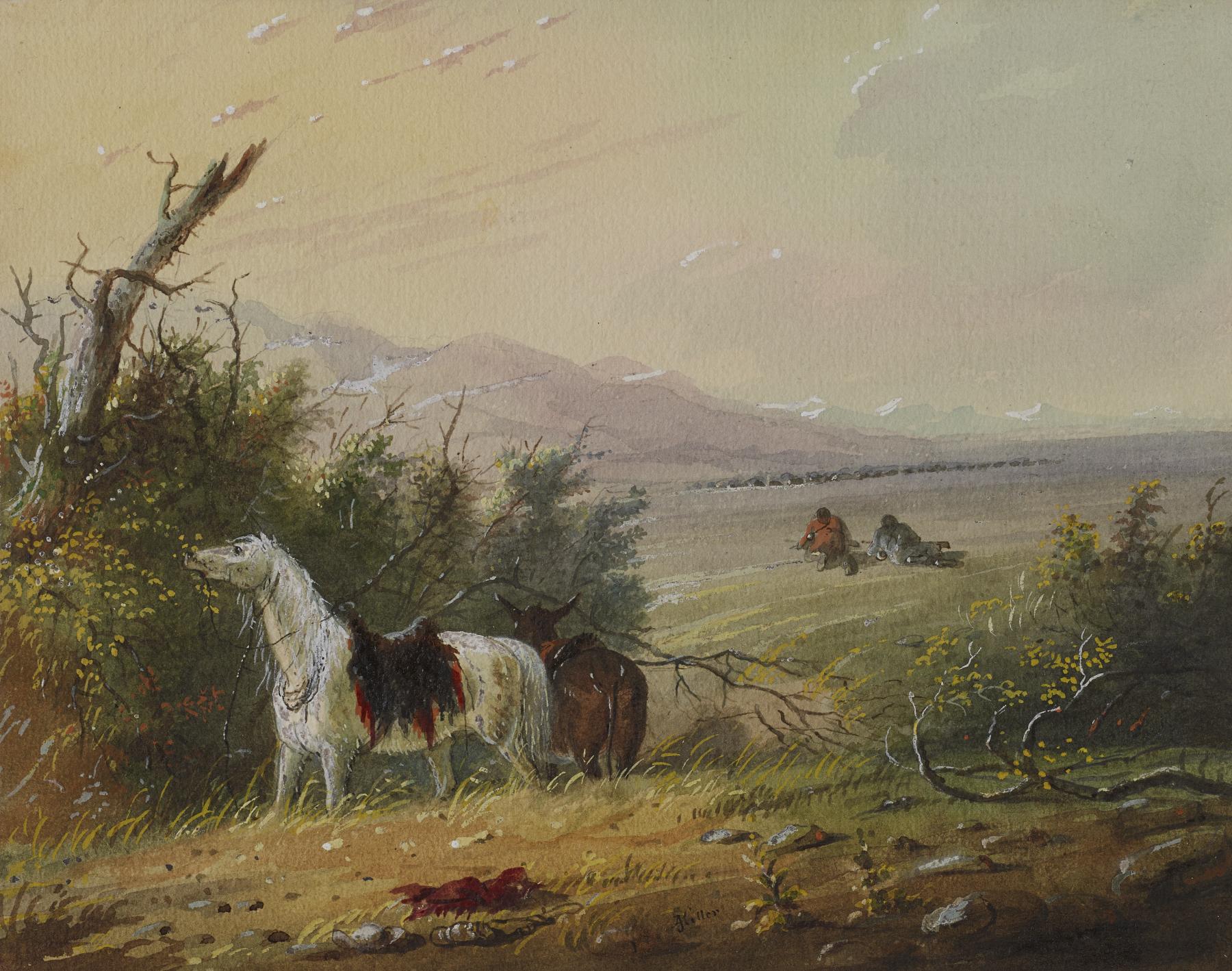 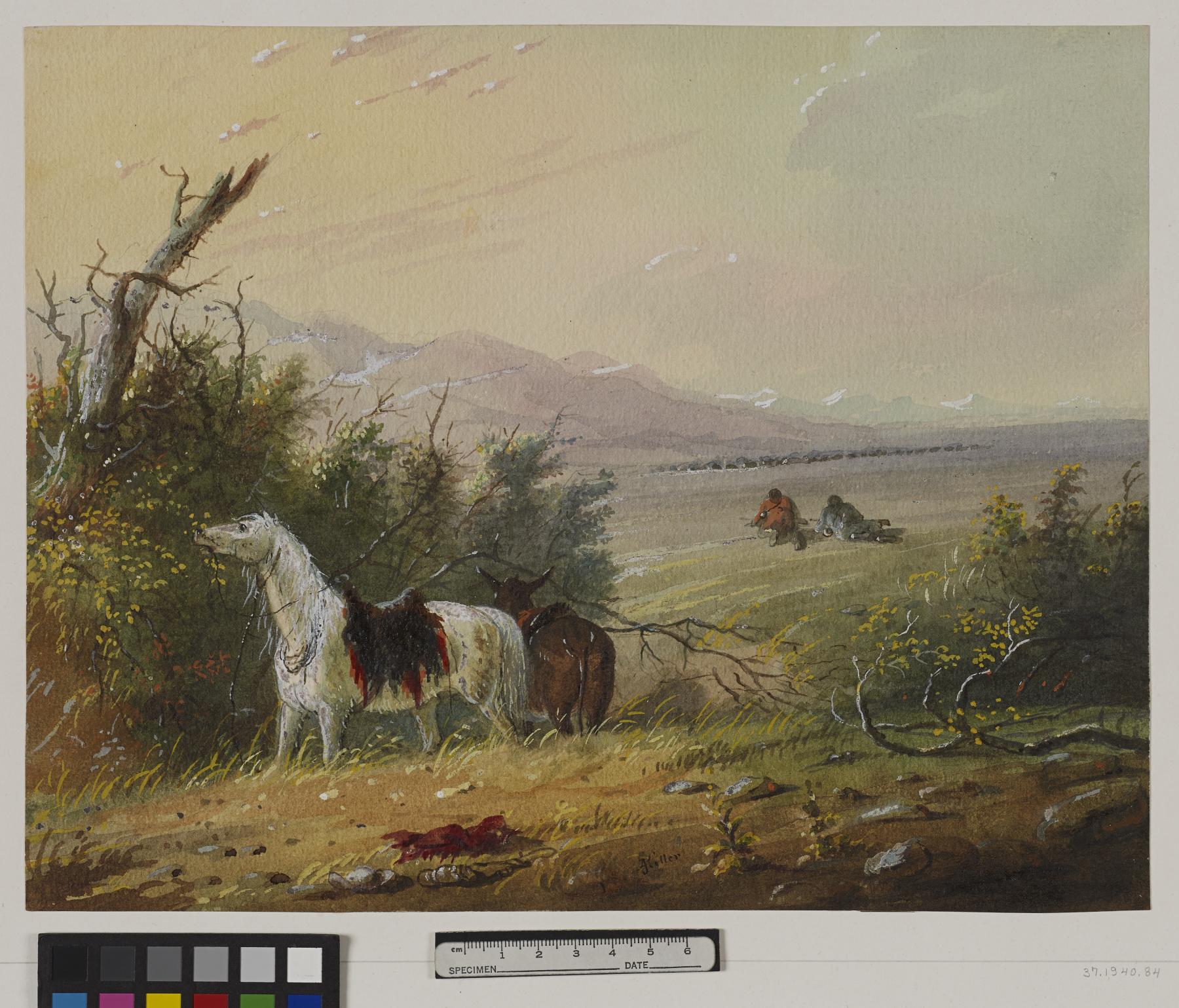 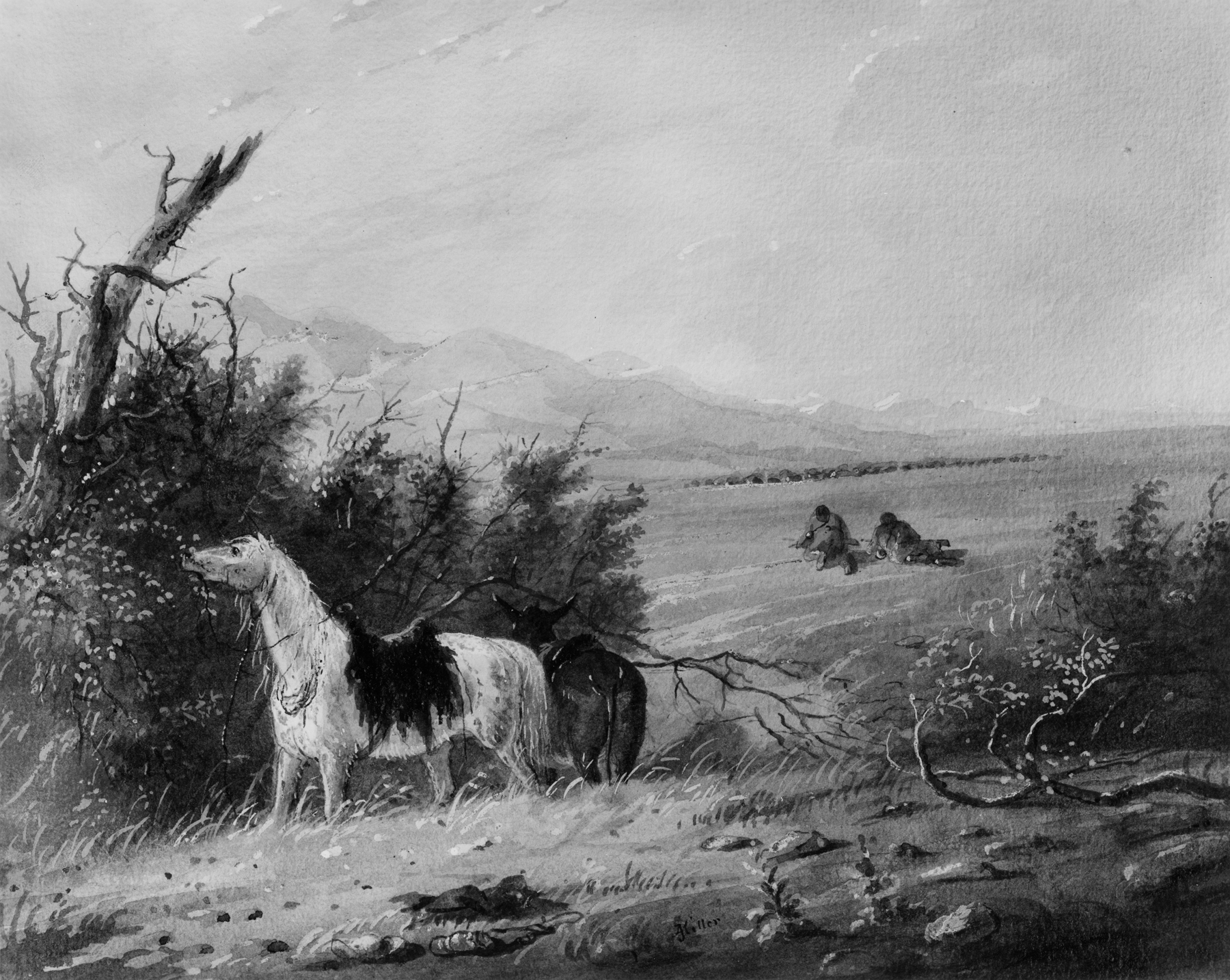 "This mode of killing Buffalo is often resorted to, and with attention to certain rules very successfully. The hunters having descried the animals at a distance decided whether it is most prudent to run or approach them. If the latter, as in teh present case, they ascertain how the wind is. If from the buffalo, they immediately commence their approach. If from themselves, they immediately start off making a wide circuit to the other side of the herd. The reason of this is that the animal's keenness of scent is most acute, and will take the alarm at the distance of a mile or more; while his eyesight is obstruced with the great mass of hair covering his head." A.J. Miller, extracted from "The West of Alfred Jacob Miller" (1837).